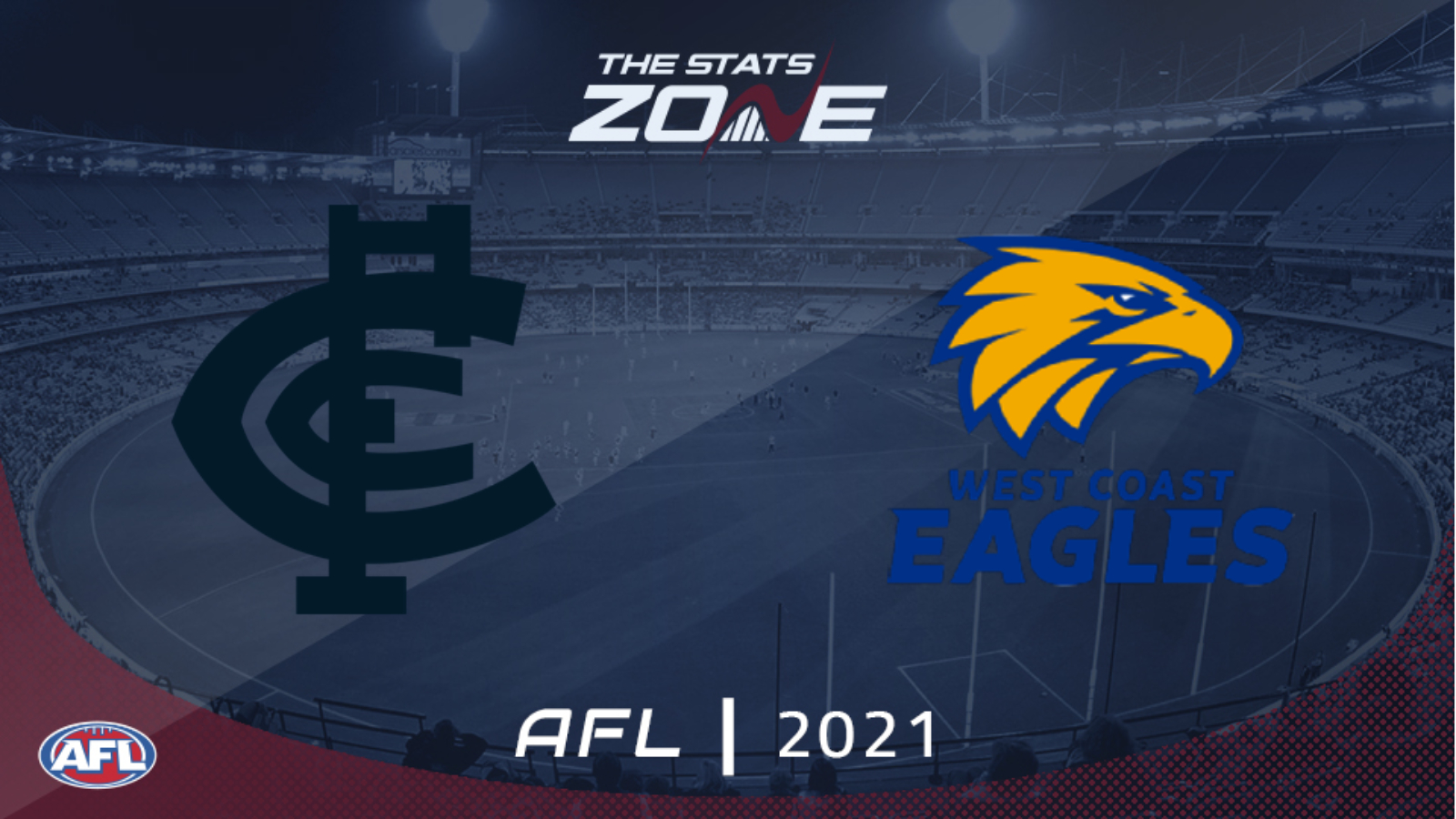 Where can I get tickets for Carlton vs West Coast Eagles? Click here for ticket information on 2021 AFL matches

What television channel is Carlton vs West Coast Eagles on? In the UK, five matches each week will be televised on BT Sport and you can see their schedule here. For the TV channel in Australia, visit this link

Where can I stream Carlton vs West Coast Eagles? If the match is televised in the UK, then BT Sport subscribers will be able to stream it live via BT Sport Player. Additionally, those with a Watch AFL subscription can stream any 2021 AFL match live (outside of Australia). Those in Australia can stream any match live via AFL Live Pass

West Coast Eagles suffered a shock loss at the hands of Essendon last week to make it back-to-back defeats. They will be desperate to avoid a third straight loss as they face a Carlton side that have lost three of their last four outings, most recently against Sydney Swans last week. The Blues have in fact managed just two wins in their last seven and while the Eagles do not travel well, they have won the last six meetings between the two so the +14 start on the handicap looks generous.