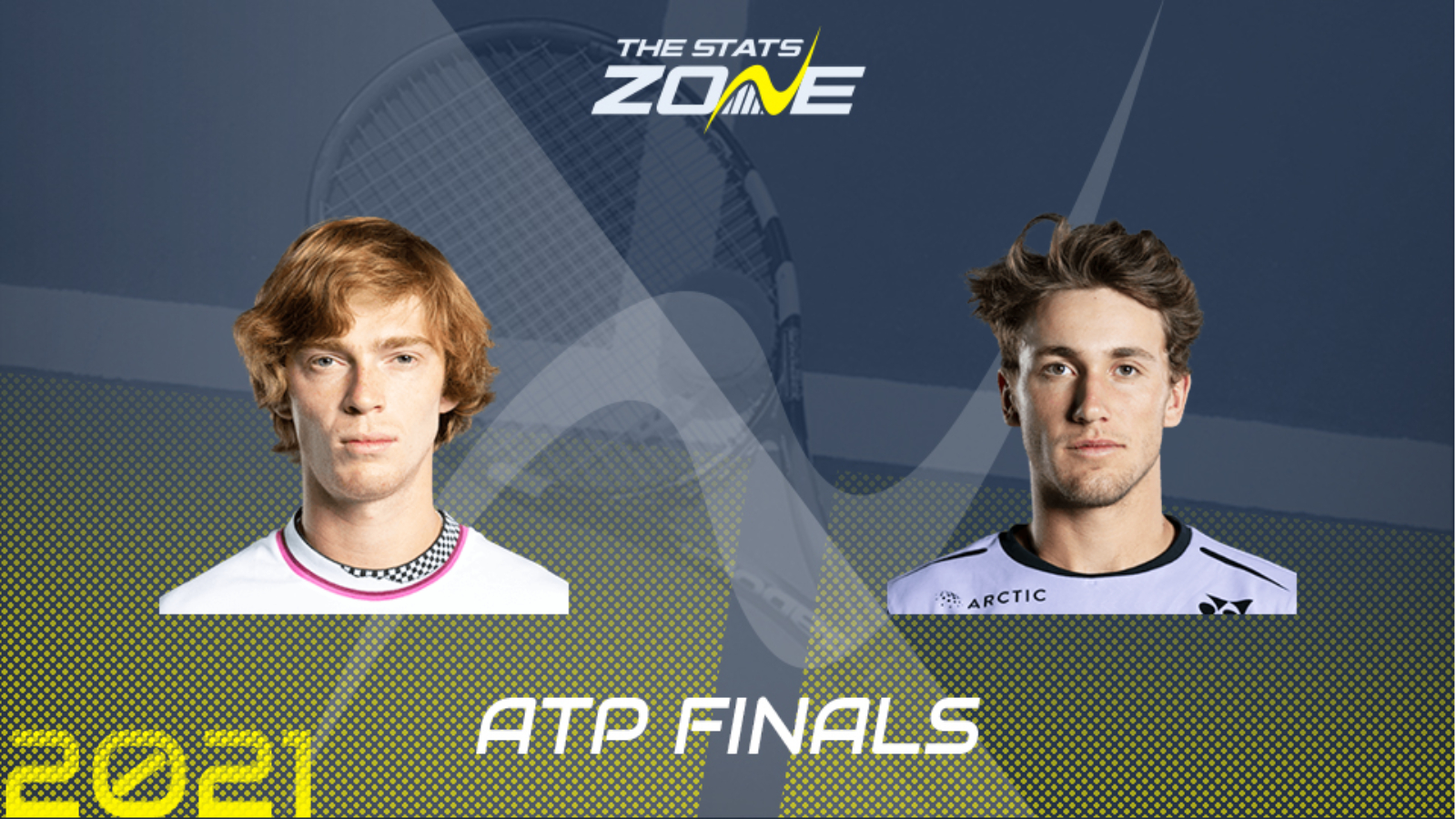 World number five Andrey Rublev looked flat in a pretty one-sided first meeting against Novak Djokovic, with occasional flashes of brilliance not enough to avoid a straight-sets defeat. The 24-year-old beat Stefanos Tsitsipas in his first round robin match, though, for the second time this season after also taking out the Greek on his way to the Rotterdam Open title back in March. Rublev has won plenty with Russia this year at the ATP Cup and also a Mixed Doubles Gold Medal at the Tokyo Olympic Games but he has struggled to string enough solid performances together to continue his dominance from 2020.

World number eight faced a tough prospect of playing second-alternate Cam Norrie late on Wednesday after Stefanos Tsitsipas was forced to withdraw with an injury. The Norwegian came back from a set down to do so, making this a straight-up battle for the semi-finals with Andrey Rublev. 22-year-old Ruud proved himself more than just a clay specialist by winning the San Diego Open back in October but he is still very much at his best on the clay and yet to prove himself fully on the biggest stages.

With Novak Djokovic already through, this match should be a fascinating, entertaining all-out battle for the second semi-final spot between Andrey Rublev and Casper Ruud. Rublev looks to be in pole position for it as he leads a pretty convincing 4-0 lead in their head-to-head record, with two wins coming this season and three, remarkably, on Ruud’s favoured clay. Two wins over Tsitsipas, Rafael Nadal on clay and Daniil Medvedev at the Cincinnati Open this year is testament to what the Russian is capable of but he needs to rediscover his ruthless streak next season for more silverware. There is probably sets in this for both players so the cautious move is Rublev to win at least one of them and the riskier option for him to win outright.