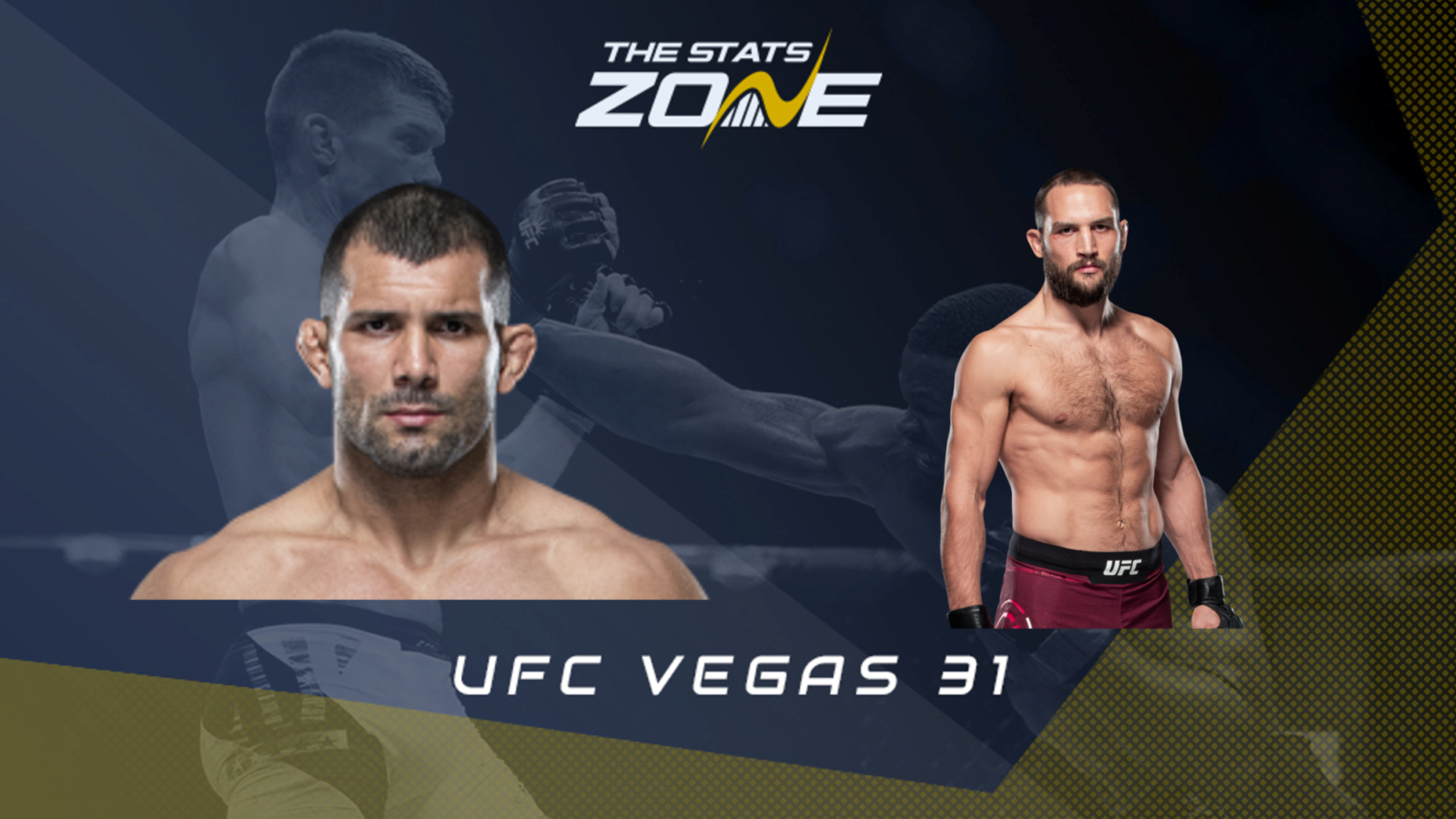 Dustin Stoltzfus (13-2) is also coming off a rare loss. He was sitting pretty on a 10-fight win streak after passing his audition on the Contender Series. He only technically passed as he slammed Joseph Pyfer on his arm, forcing it out of the socket but he was awarded with a debut three months later in November last year. However, his debut did not go to plan as Kyle Daukaus snapped the streak with a unanimous decision.

Vieira will have surely worked on his cardio, but there is only so much it can improve in a short amount of time. He will approach this the same way and look to avoid the striking exchanges and be aggressive in searching for the takedown.

He hunts them tenaciously, but he will have to be cautious shooting in as Stoltzfus is a quality striker with good Muay Thai and he will be waiting to throw kicks and knees down the middle. He also has punishing leg kicks, but it will be too risky to throw them repeatedly as Vieira just needs to catch one to drag the fight into his domain.

Stoltzfus has good ground skills, but most fighters look like amateurs when tangling with the jiu-jitsu wizard. So, it will be a question of whether, Stoltzfus can defend the takedowns and tire Vieira out in the process of find a knockout on the feet.

Stoltzfus has a clear advantage on the feet, but he can only make it count if he can defend the takedown for a round at least. That said, Vieira only needs one to close the show and we are backing him to be more measured than his last performance, secure a takedown and rack up another submission. If this goes past the first round, the money will be on Stoltzfus.