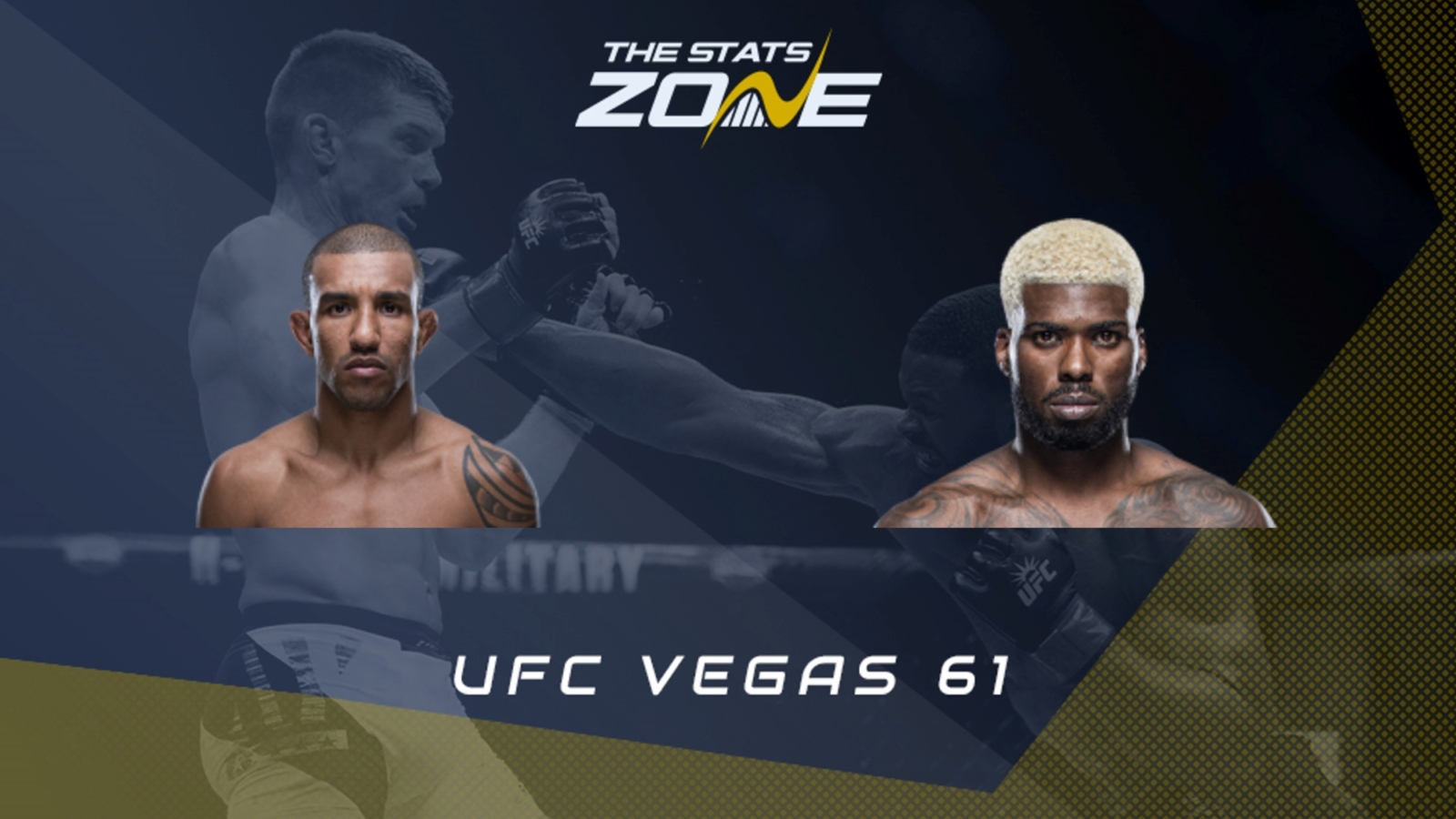 Where is UFC Fight Night 211? UFC APEX, Enterprise, Nevada (US)

What channel is UFC Fight Night 211 on? BT Sport 1

Where can I stream UFC Fight Night 211? BT Sport subscribers can stream the fight online via the BT Sport website

When Raoni Barcelos (16-3) outpointed Khalid Taha (2020) in a ‘Fight of the Night’ display to pick up his fifth UFC win in a row, nobody predicted he would be staring at a three-fight skid. That decision extended his streak to nine however, he then crossed paths with Timur Valiev (2021). It was another ‘Fight of the Night’ but he lost a majority decision. The following year, he welcomed Victor Henry to the UFC expected to return to the dub column, but the debutant pulled off the upset with an impressive unanimous decision victory.

Trevin Jones (13-8(1)) is also staring at a three-fight skid after losing his last two. He got submitted by Saidyokub Kakhramonov (2021) and recently got outpointed by Javid Basharat (2022) which came after two impressive knockouts. He finished Valiev (2020) on his debut only for it to get overturned for testing positive for marijuana, but he returned to pick up where he left off dusting Mario Bautista (2021) in the second round.

This has ‘Fight of the Night’ written all over it despite the anxiety of a three-fight skid. They are in desperate form but there is no doubting their talents. They both prefer to stand as dangerous strikers, but they are well-rounded. Particularly Barcelos as a decorated Brazilian jiu-jitsu black belt.

This really depends on how Barcelos approaches this. If he does not mix his weapons up and thinks he can take Jones out on the feet, he will be risking everything. If he decides to mix in the takedown, his jiu-jitsu will carve out his route to victory.

Jones represents the value pick, especially if he paces himself, but we are backing Barcelos to pull out a more measured performance calling upon his strengths to stop the streak.