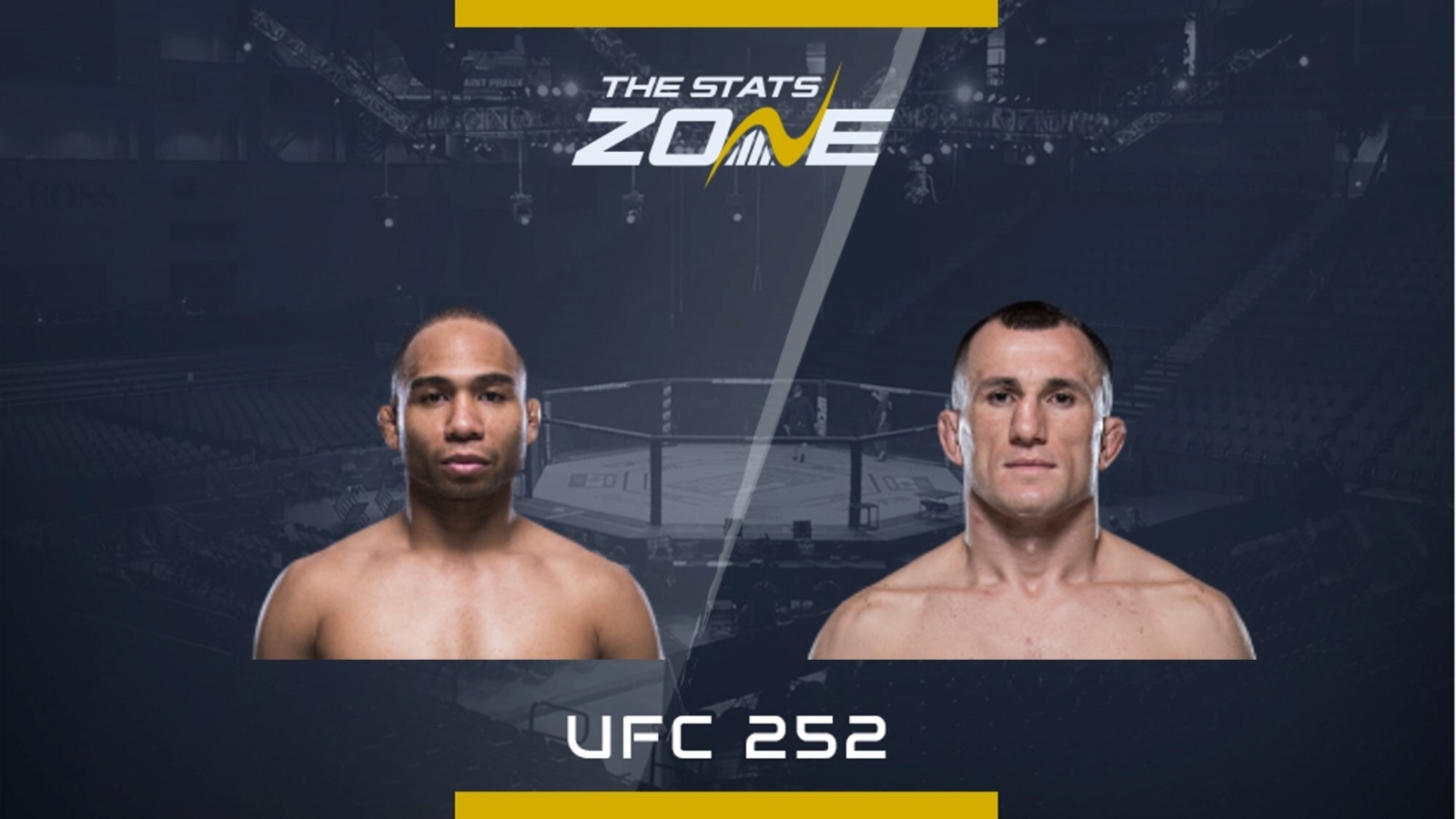 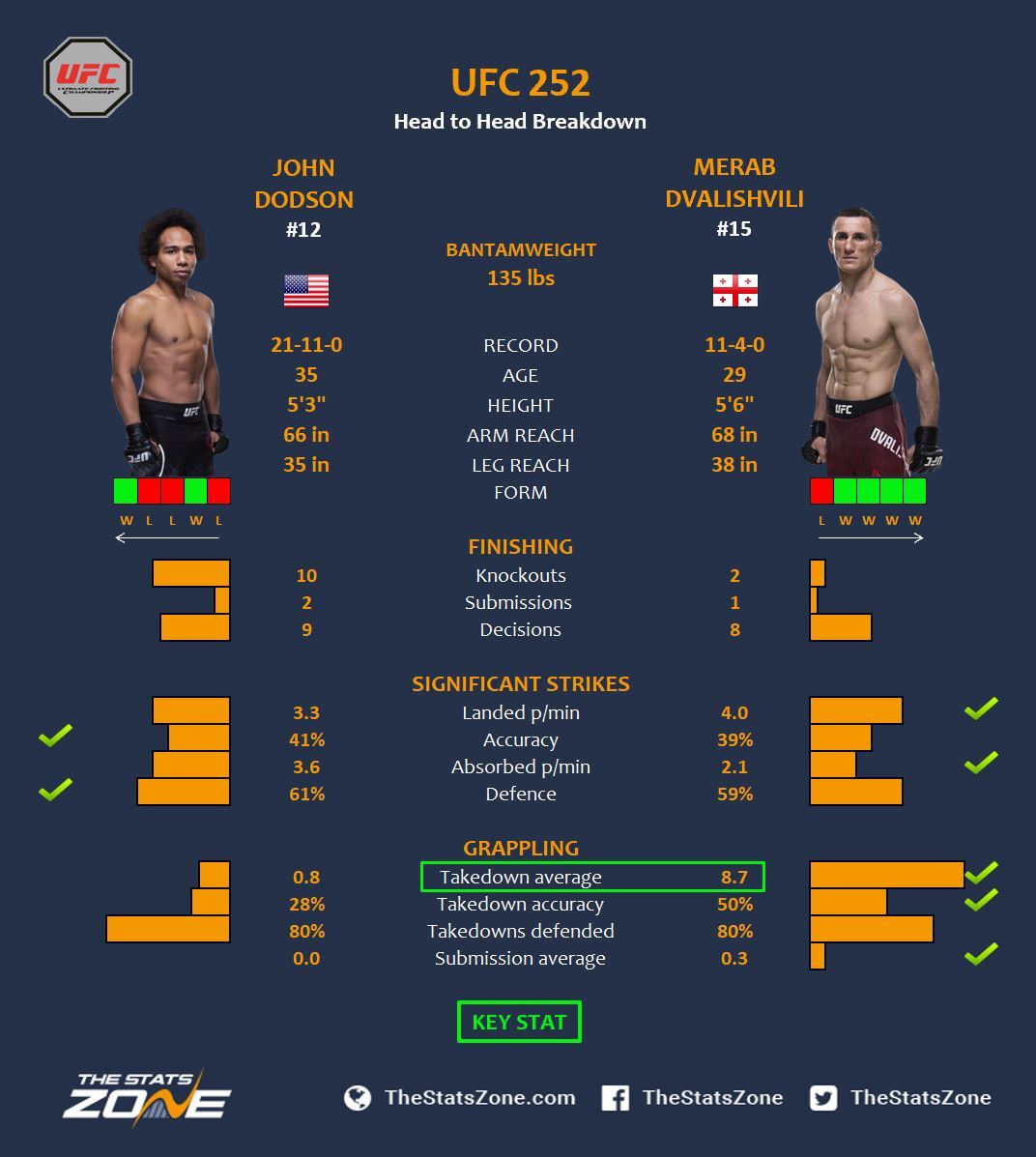 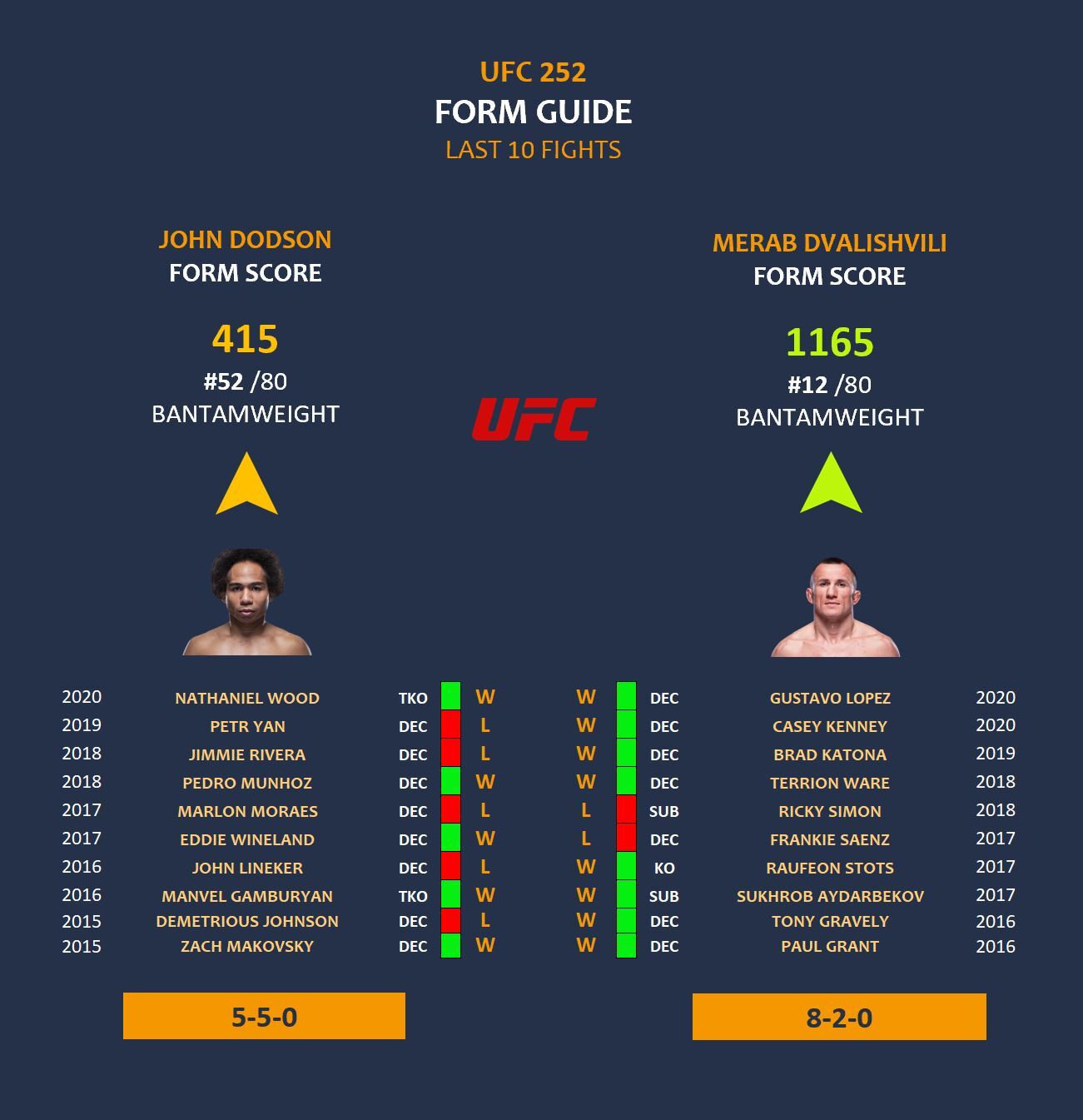 Suffering two losses in a row for the first time in his career, John Dodson was under a lot pressure facing top prospect Nathaniel Wood back in June. However, the crafty veteran proved he still has it after pulling of a third-round knockout derailing Wood and gaining some form points back.

After those two controversial losses to Frankie Saenz and Ricky Simon, Merab Dvalishvili has displayed all his potential racking up four wins in dominating fashion. He has grappled his way to four unanimous decisions boosting his form score and setting a bantamweight takedown record (12) against Casey Kenney and then breaking it (13) in his last fight with Gustavo Lopez.

This is Dvalishvili’s toughest match-up to date. We know the the Georgian is a beast of a grappler, but Dodson is known for being one of the quickest and most illusive fighters in the UFC.

The contest will a cat and mouse chase to see if Dvalishvili can get his hands on Dodson while evading the knockout threat. Dodson will make it difficult but Dvalishvili is expected to win the chase and grind out another decision.