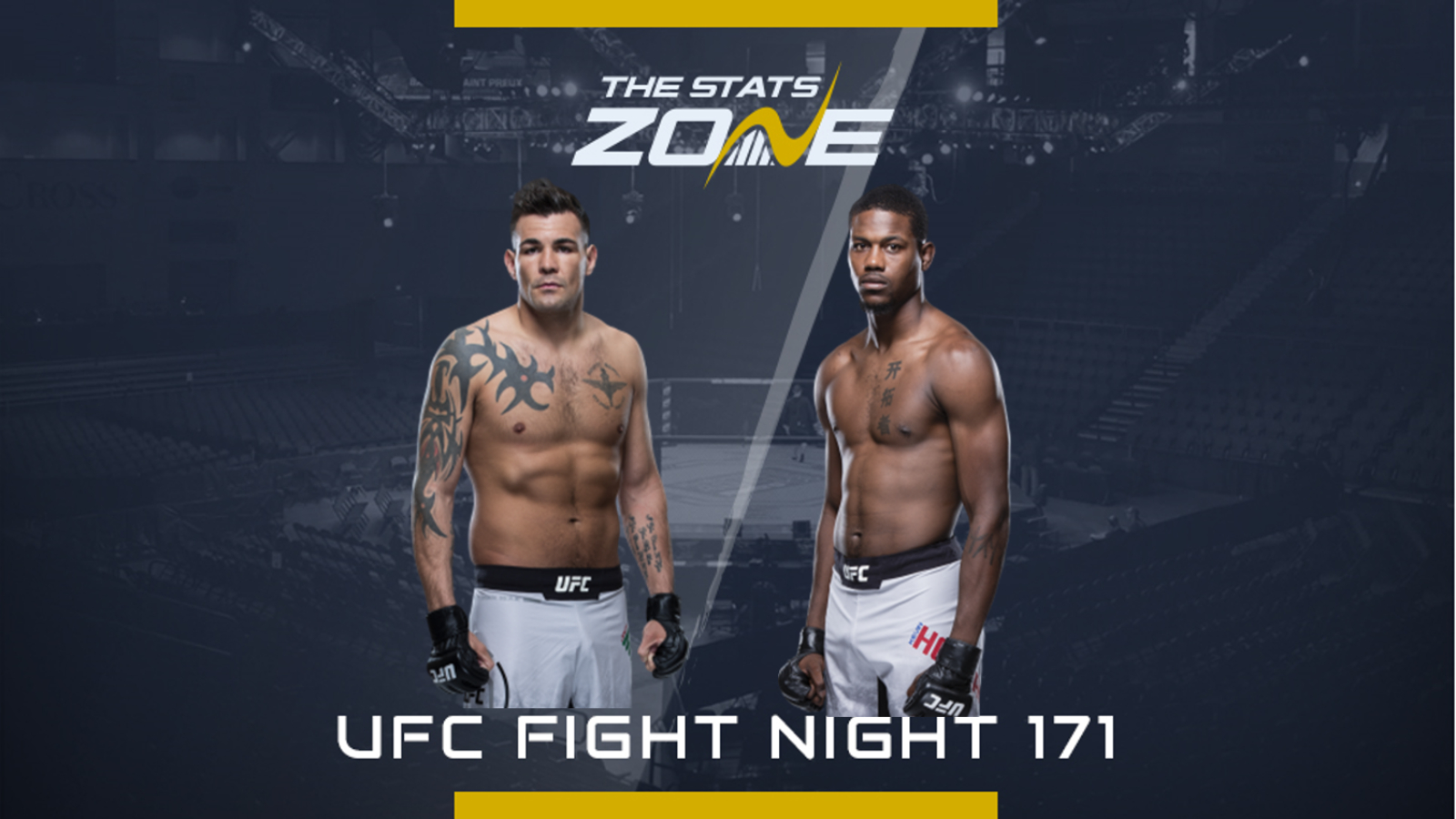 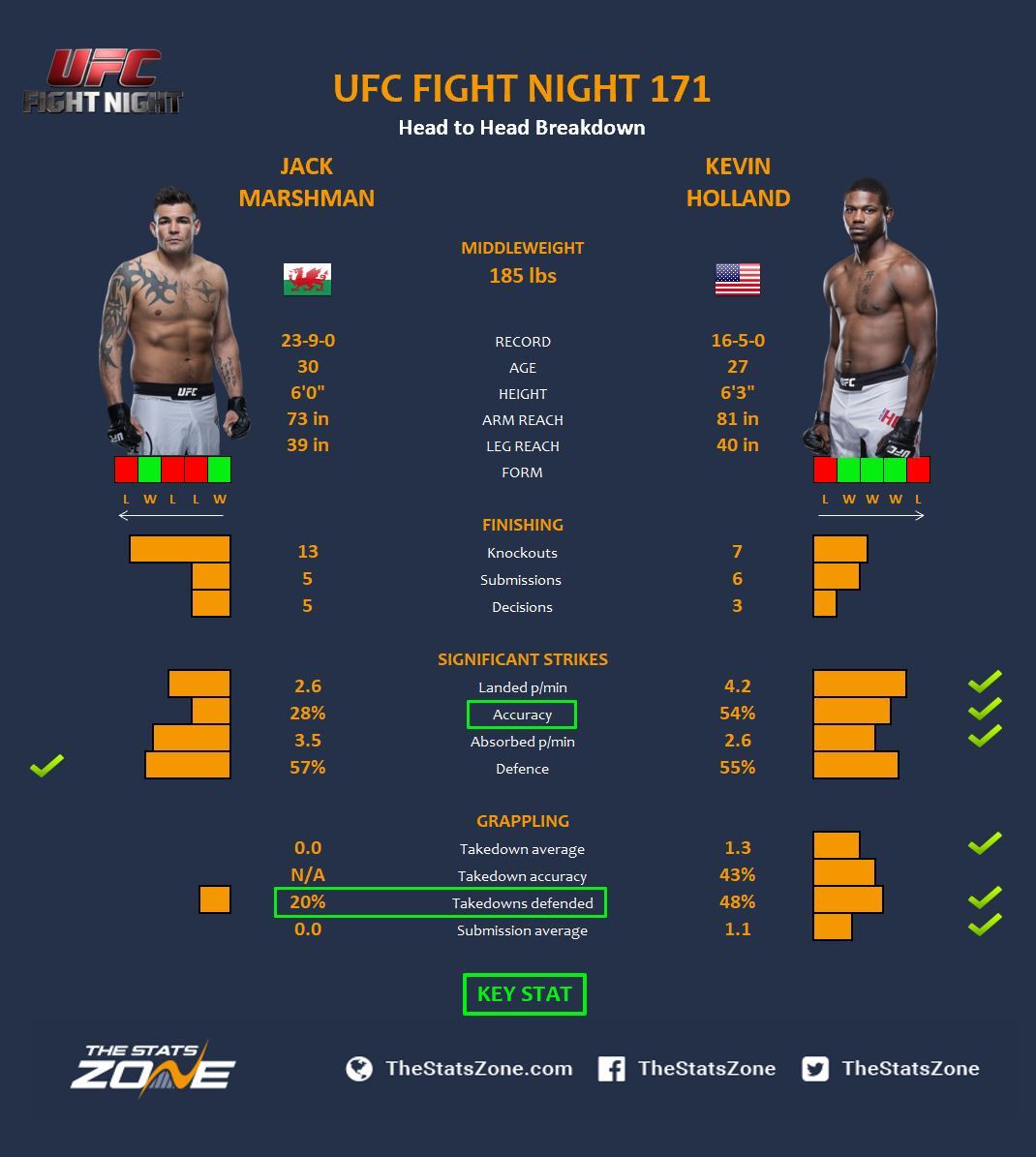 Marshman will never make it to the top of the middleweight division but he is incredibly tough and has the skill to finish Holland. His losses have come to absolute beasts including Thiago Santos, Antonio Carlos Junior, Karl Roberson and the surging Edmen Shahbazyan in his last outing so he has not had it easy in his UFC career.

Brendan Allen snapped Holland’s three-fight win streak back in October by submitting him in the second around. That streak included a submission over John Phillips and tight decisions over Gerald Meerschaert and Alessio Di Chirico, which came after his UFC debut loss. However, this was to Thiago Santos and he took the fight on short notice.

Marshman will hope this fight stays on the feet as his best shot to win the fight is catching Holland with his hands as he has the power to knock him out. However, he will struggle to find the chin if Holland can utilize his eight-inch reach advantage. Holland is expected to frustrate Marshman by staying out of range and mixing in takedowns to earn the points and decision.