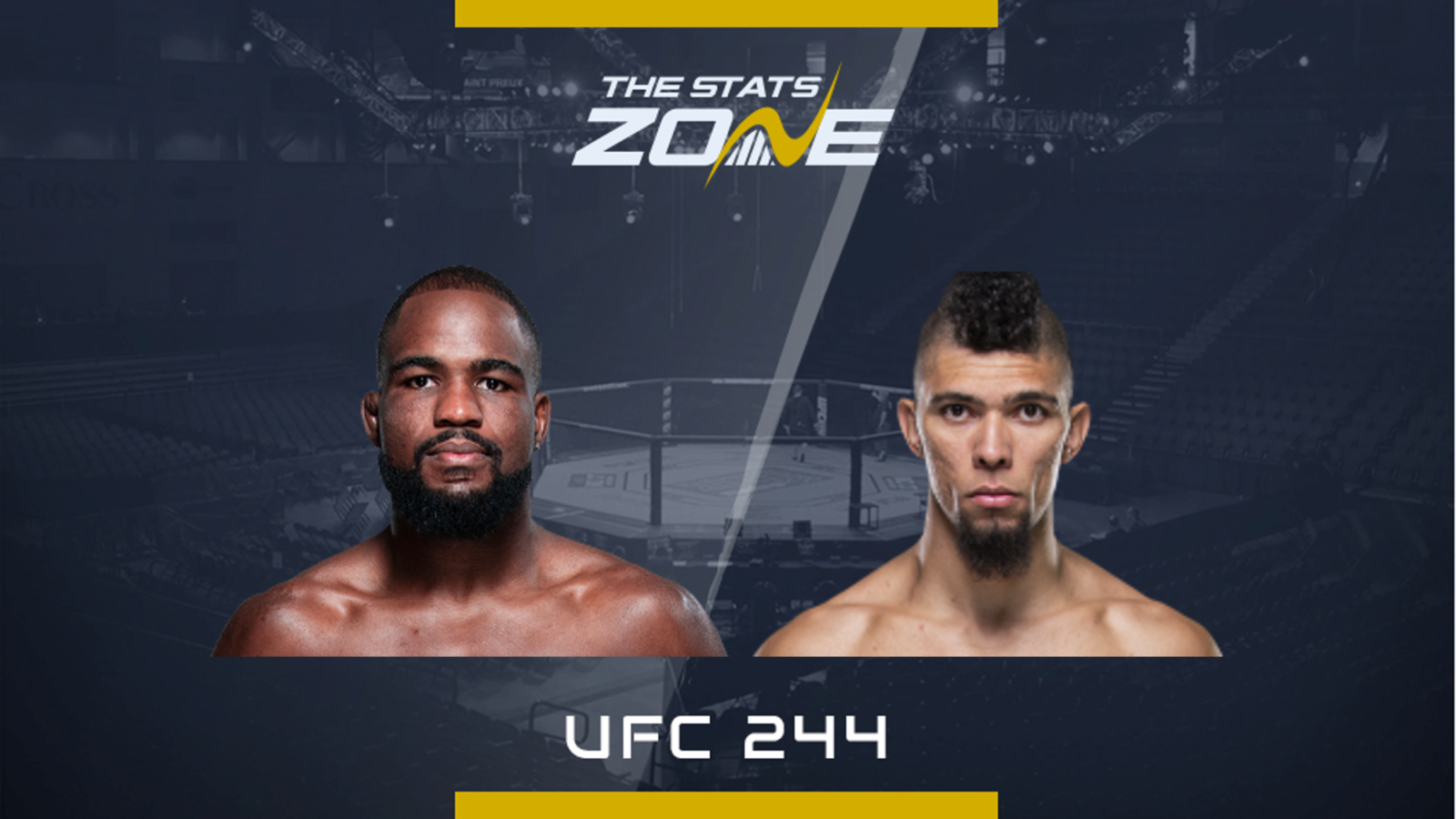 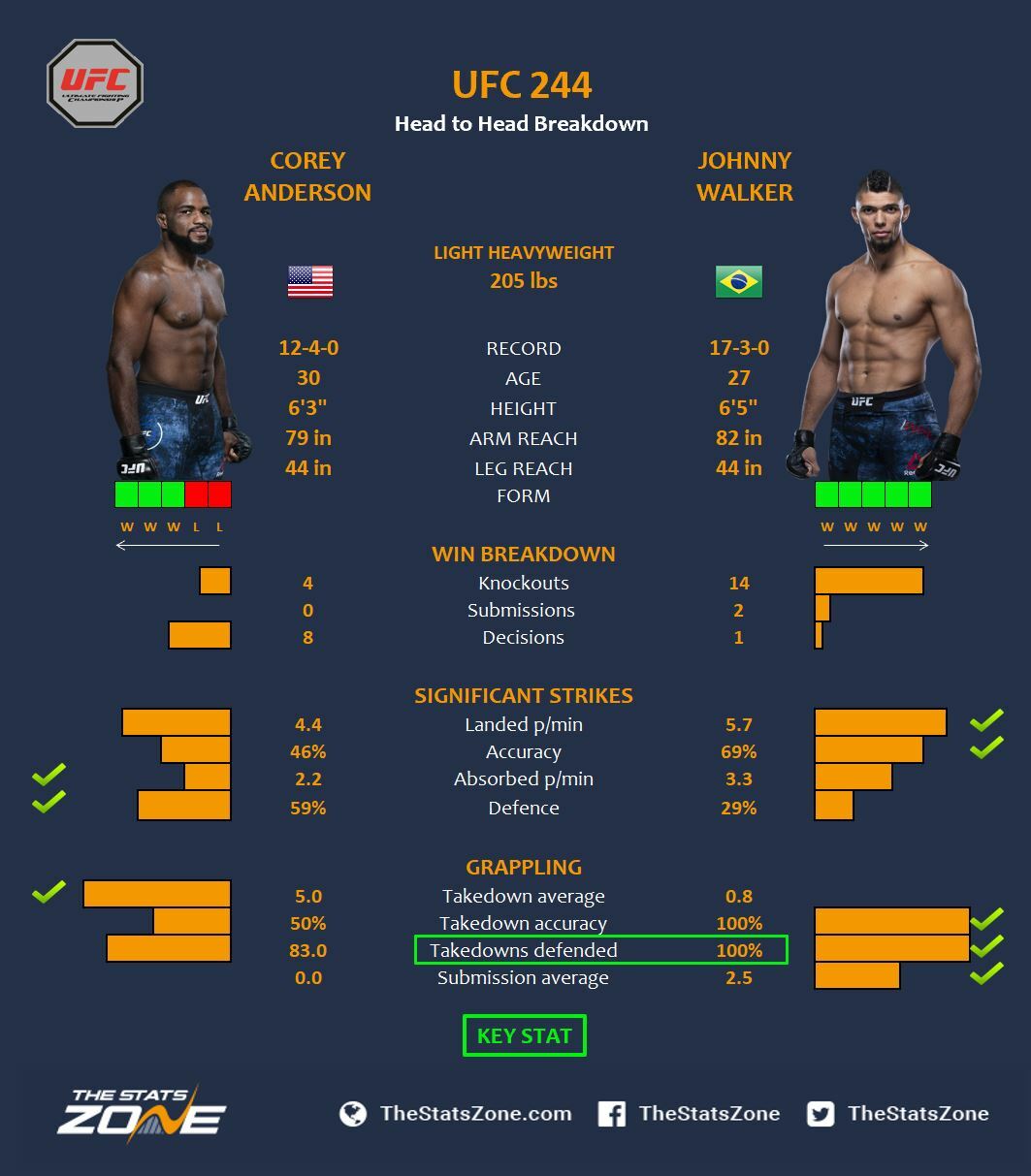 Corey Anderson and Johnny Walker build the stacked card for UFC 244 with Anderson providing the grind and Walker the fireworks.

There is no glitz or glamour with Anderson but extreme hard work and determination as we have seen in his last three fights. After suffering two brutal knockouts to Jimi Manuwa and Ovince Saint Preux, Anderson grappled Patrick Cummins, Glover Teixeira and Ilir Latifi to unanimous decisions.

At the other end of the spectrum Walker is all about the performance, from dancing to the octagon and (overly) celebrating spectacular knockouts. He is on a nine-fight winning streak and knocked out all of his UFC opponents. He elbowed the life out of Khalil Rountree, put Justin Ledet to bed with a spinning backfist and buried Misha Cirkunov with a flying knee.

This contest is most likely to end in an Anderson decision or a Walker knockout and will all depend on Walker’s takedown defence. Anderson is a phenomenal wrestler with some of the best cardio in the UFC and will relentlessly pursue the takedown.

Walker’s natural strategy of exploding out of the gate looking to make contact with all eight limbs will be the best strategy, as there is no point being patient with Anderson.

Walker is expected to unleash his athletic and ferociously powerful attacks to test the damaged chin of Anderson and if he can avoid his clutches, you have to bank on him finding the knockout.