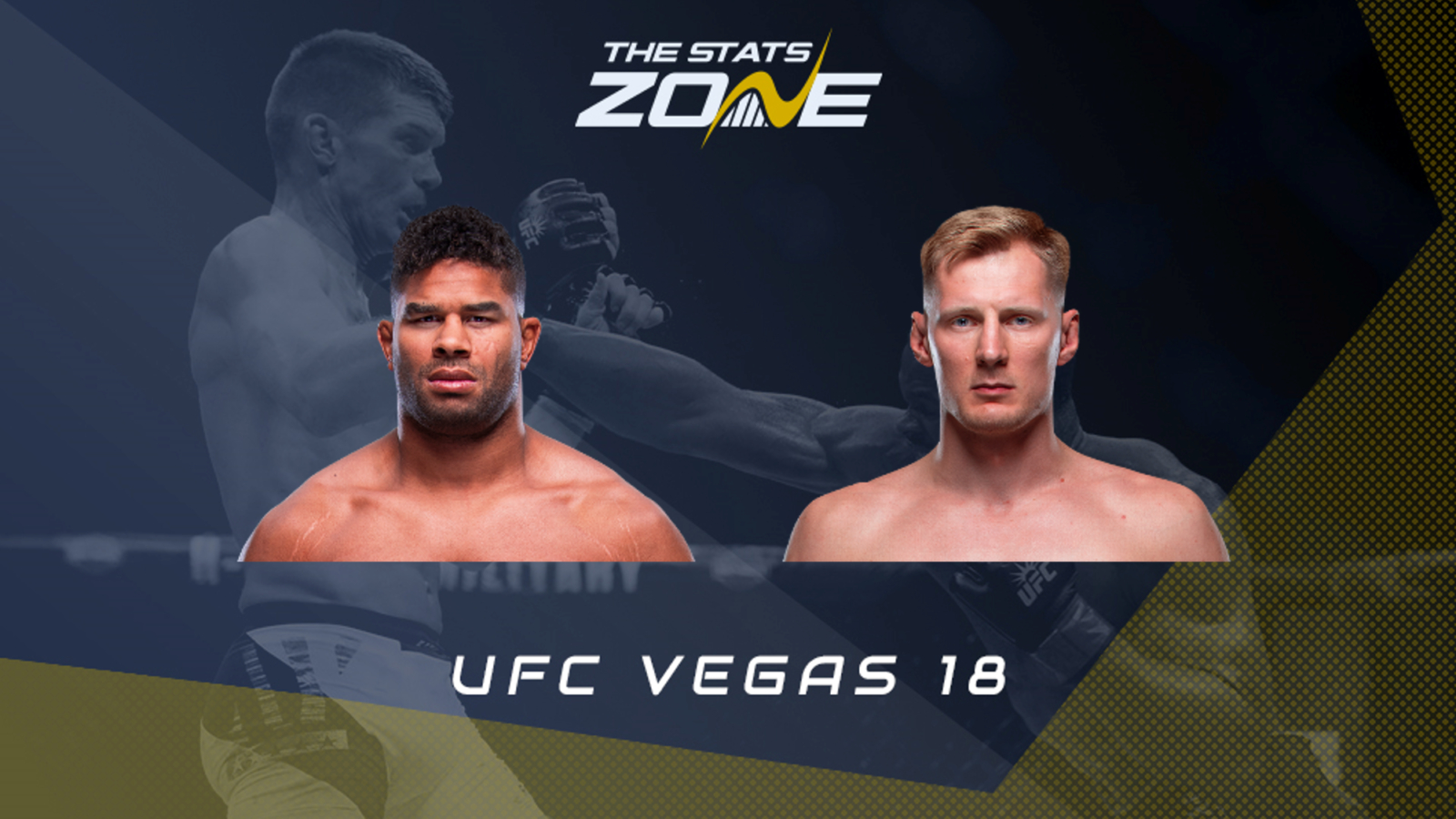 Where can I get tickets for UFC Vegas 18? Click here for the latest ticket information for UFC events

Where can I stream UFC Vegas 18? BT Sport subscribers can stream the fight online via the BT Sport website

Alistair Overeem (47-18-1) is really lacking experience walking out for his 67th MMA fight. He has been there and done it all at the ripe old age of 40 but UFC gold has been the one title that has eluded him, and he still hopes he can make one more charge at the belt. He has continued to churn out calculated wins since his lost to Stipe Miocic back in 2016 but has run into immovable roadblocks in the shapes of Francis Ngannou, Curtis Blaydes and Jairzinho Rozenstruik who inflicted the 14th knockout loss of Overeem’s career and that is not including his kickboxing bouts. However, he keeps dusting himself off and finding knockouts of his own adding Walt Harris and Augusto Sakai to his illustrious victim sheet last year.

Alexander Volkov (32-8) is only 32 and knows he has a few runs at the title in him and a win over Overeem will catapult him straight into contention. After earning the biggest win of his career in knocking out former champion Fabricio Werdum, he made one mistake with seconds to go in his fight with Derrick Lewis waking up to a flashlight. He replied with an expected win over Greg Hardy but got wrestled for five rounds by Curtis Blaydes. However, like his counterpart, Volkov secured a second-round finish over Walt Harris and now hopes to make it two on the trot.

Two of the most technical strikers in the division lock horns and we should see a very patient and deliberate approach from both men. They will likely spend a couple rounds getting a read on each other assessing their range.

They have the same 80-inch reach but Volkov has three inches in leg reach and height and we are likely to see those leg kicks and long kicks up the middle to hurt Overeem from range. Overeem has taken a lot of damage in his career, but he still has good defence, and he is the more cerebral fighter. He may use his experience to close the distance my clinching up and taking a leaf out of Blaydes’ book by taking him down.

Volkov has the youth and athleticism to keep the distance and chop Overeem down from range and if he can find the weathered chin, he can easily get the knockout. If Overeem can turn this into a grappling contest, he can slice Volkov up in the clinch with knees and elbows and will even be a submission threat on the ground, but Overeem is no Blaydes and he will struggle to keep a hold of Volkov.

Nonetheless the stand-up battle will be a very even contest and the exchanges will be great viewing. It is often a mistake to count Overeem out but Volkov is in his prime right now and he can find that chin enough times to find the knockout but Overeem’s cerebral approach should stretch this out to a decision.