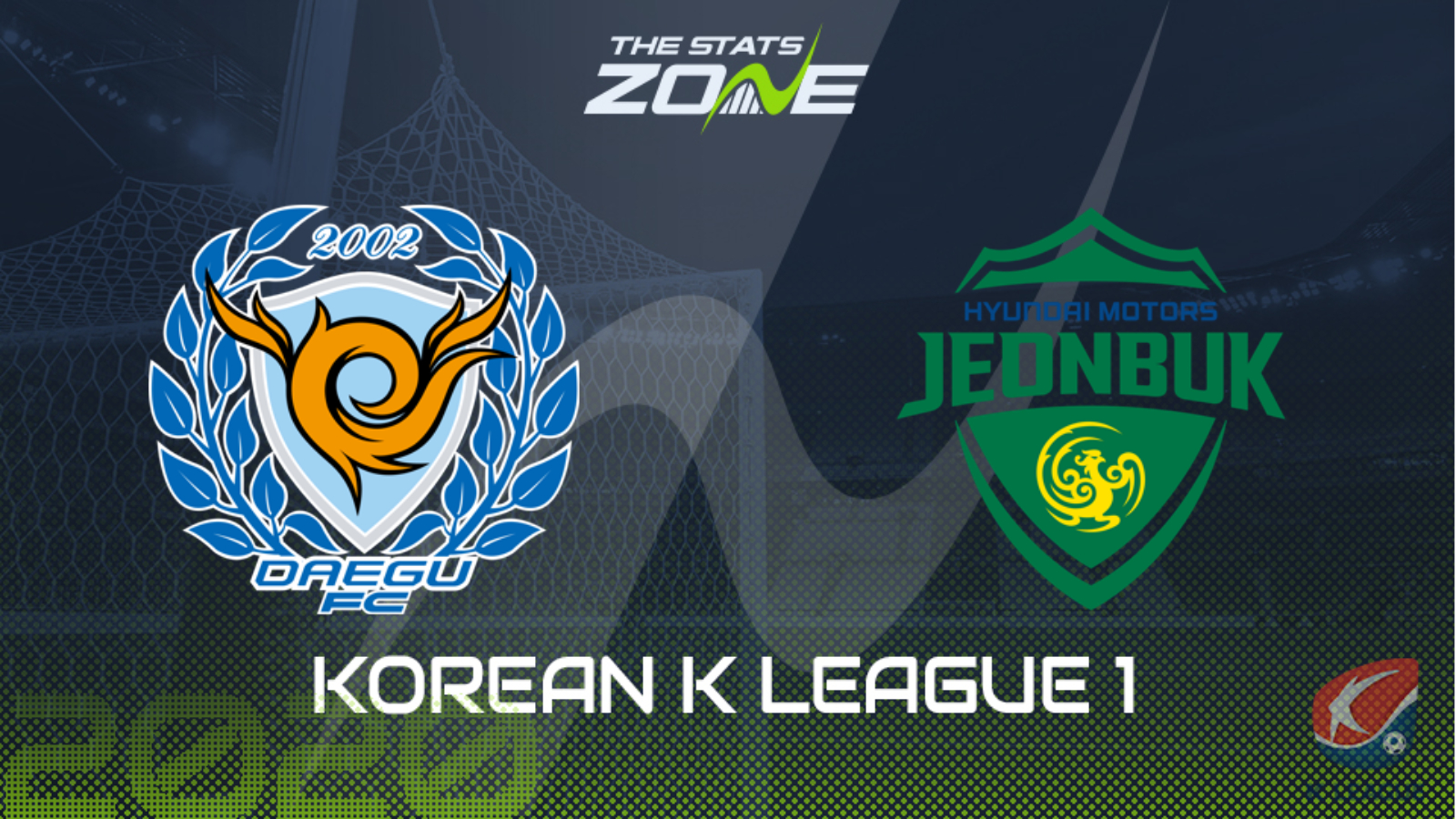 Where can I get tickets for Daegu vs Jeonbuk Motors? Ticket information can be found on each club’s official website

What television channel is Daegu vs Jeonbuk Motors on? This match will not be televised live in the UK

Where can I stream Daegu vs Jeonbuk Motors? The official K League website occasionally streams matches live, while the SPOTV Youtube account is also worth checking as they periodically live stream some matches.

This looks like a superb clash between two of the top three as Daegu host Jeonbuk Motors. The hosts have won their last two to put successive defeats behind them while Jeonbuk have also won their last two league outings after failing to win any of their previous three. The visitors have only failed to score in two of their 14 matches so far this season while Daegu have only gone scoreless on three occasions so it is likely that the pair will both find the back of the net in what should be a high-quality contest.