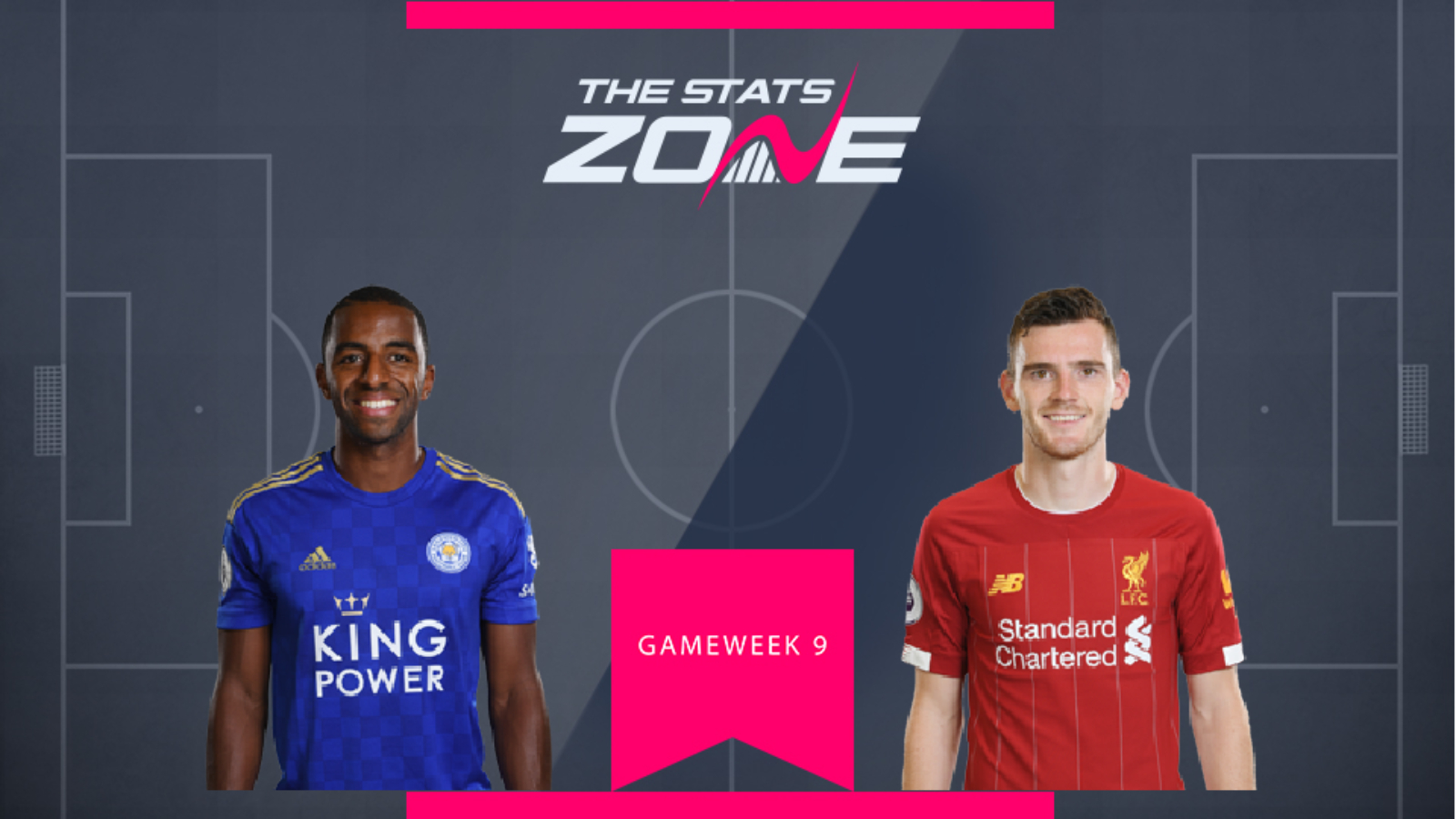 Ricardo Pereira (£6.2m) has seen his ownership and value spike recently and that is hardly surprising given the fact he is the joint highest-scoring FPL defender on 40 points. The Leicester full-back scored twice in the Premier League last season and he has already matched that tally with consecutive goals in Gameweeks 6 and 7. The Foxes have a kind fixture run ahead and Gameweek 9 sees Burnley visit the King Power Stadium.

By contrast, Andrew Robertson (£6.9m) has lost over half a million owners since the beginning of the season and that has just as much to do with the high expectations he set last year as it does his performances in the early part of this campaign. Having said that, his returns have not fully justified his price tag just yet and Gameweek 9 brings about a tricky fixture against old rivals Man Utd.

Pereira has offered better value than Robertson recently and his kinder looking fixture in Gameweek 9 gives him the edge in this one. 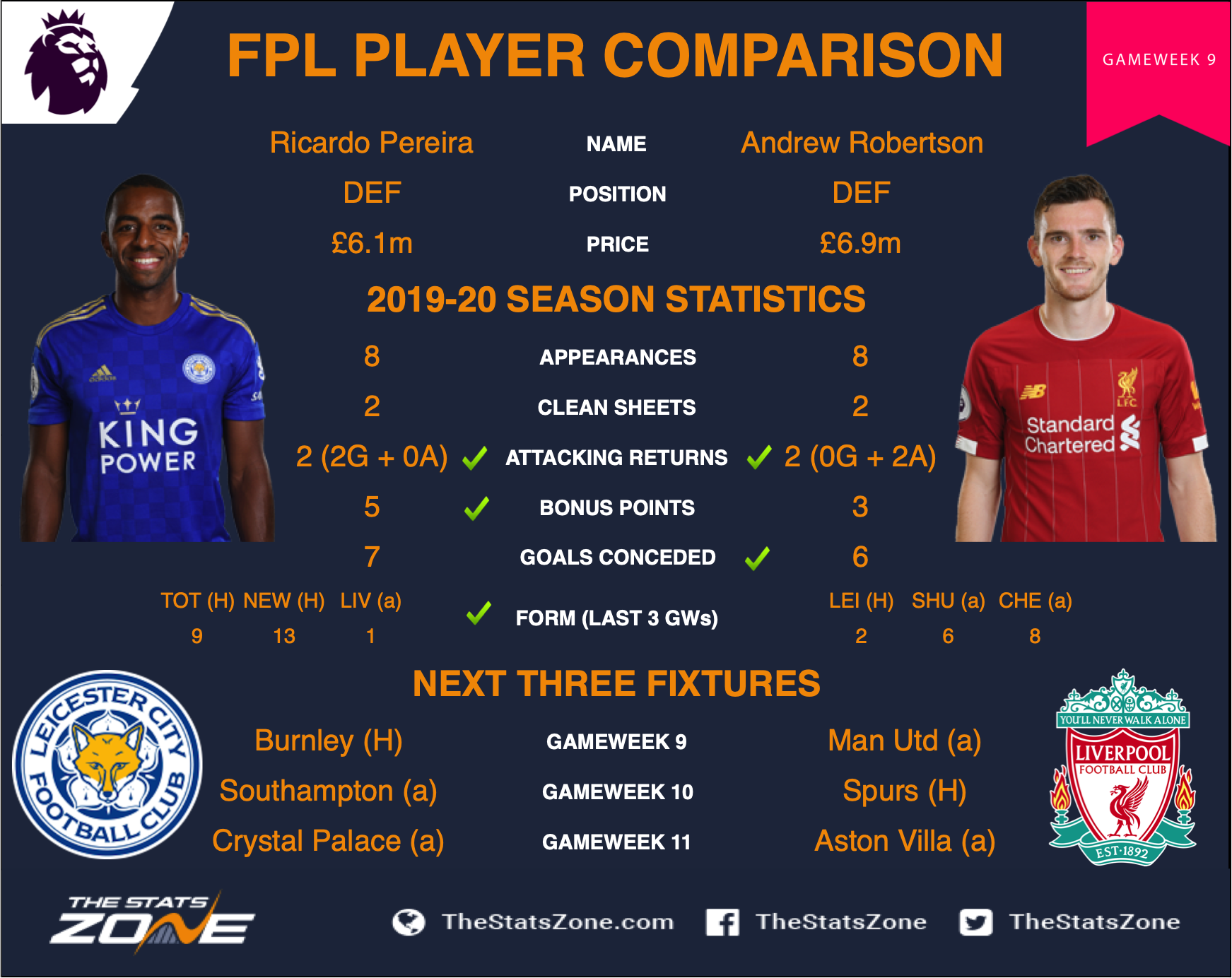