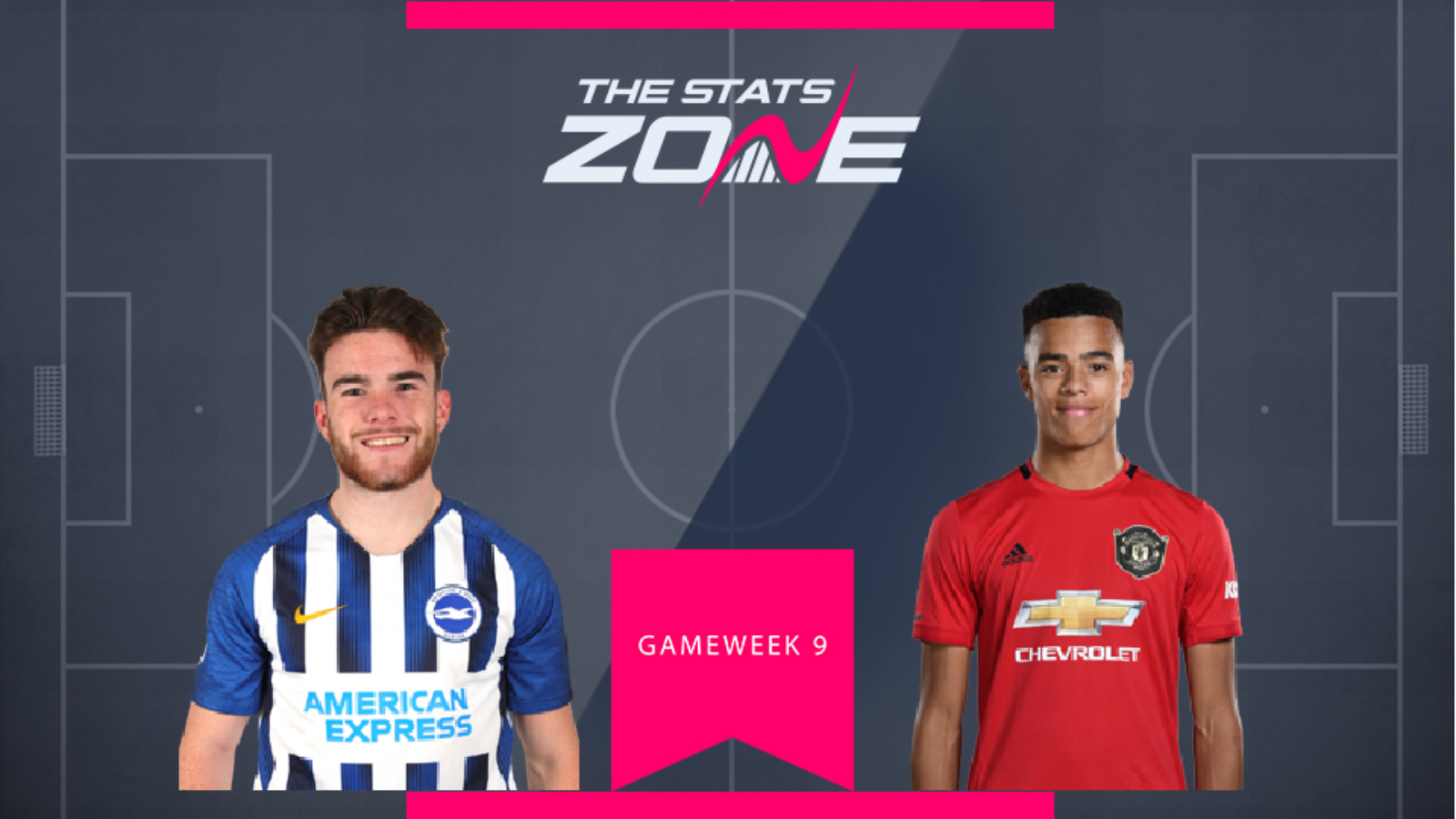 Brighton's Aaron Connolly (£4.5m) burst onto FPL radars in Gameweek 8 following his impressive brace against Spurs and he now represents a viable option if your team structure involves a dirt cheap third striker, a spot that has been taken up by Man Utd's Mason Greenwood (£4.4m) in a great many FPL squads since the start of the season.

The pre-season hype around Greenwood has failed to materialise as - despite Man Utd largely firing blanks up front - the youngster has been utilised as a late bench option in most matches. How long it will be before Solskjaer hands Greenwood a start in the Premier League remains to be seen, but for now at least, he is not being given that opportunity and it certainly seems unlikely to change against arch-rivals Liverpool in Gameweek 9.

Assuming Connolly overcomes a minor knock over the international break, it would not be surprising to see him start against Aston Villa after his recent performance so that gives him the edge here. 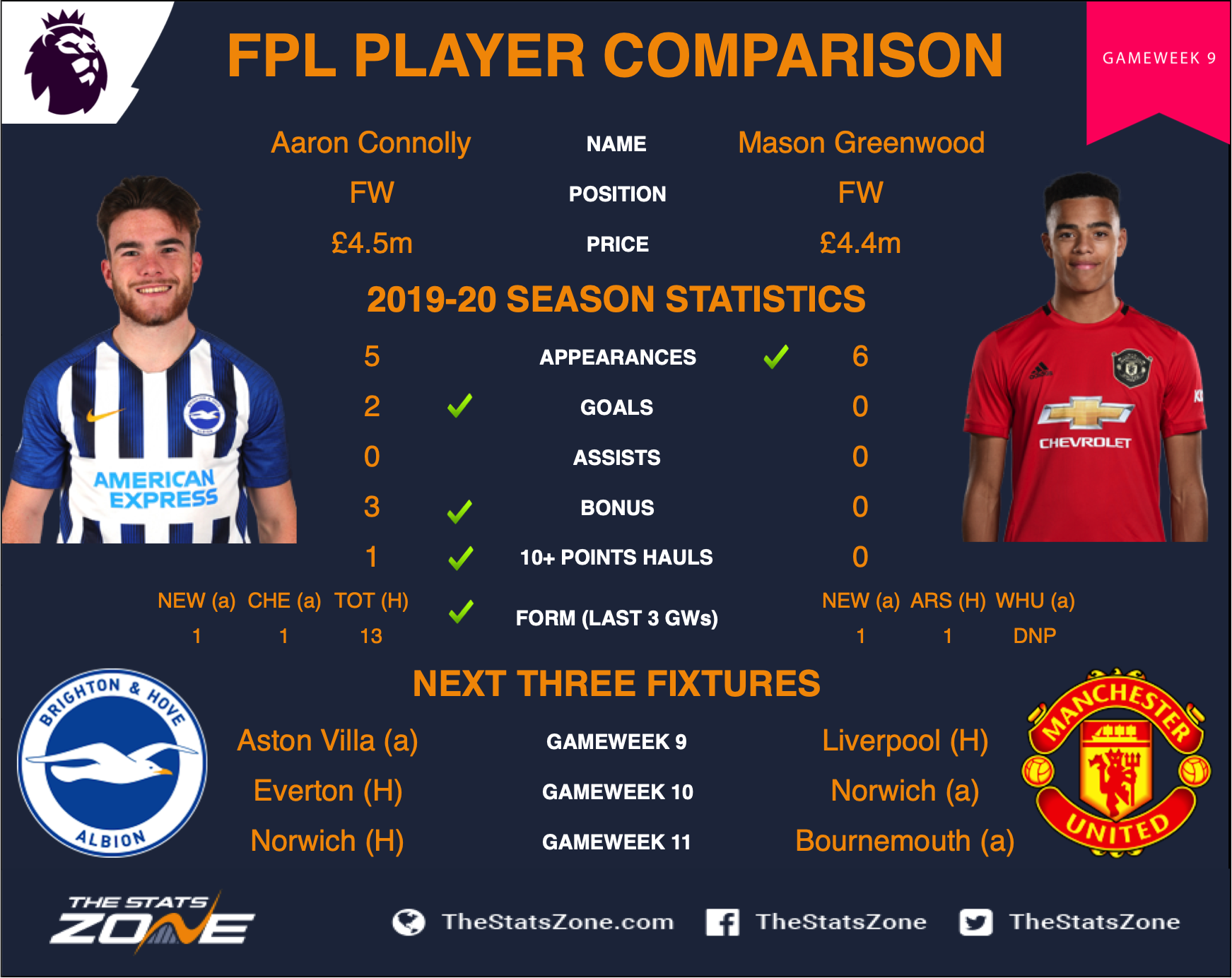