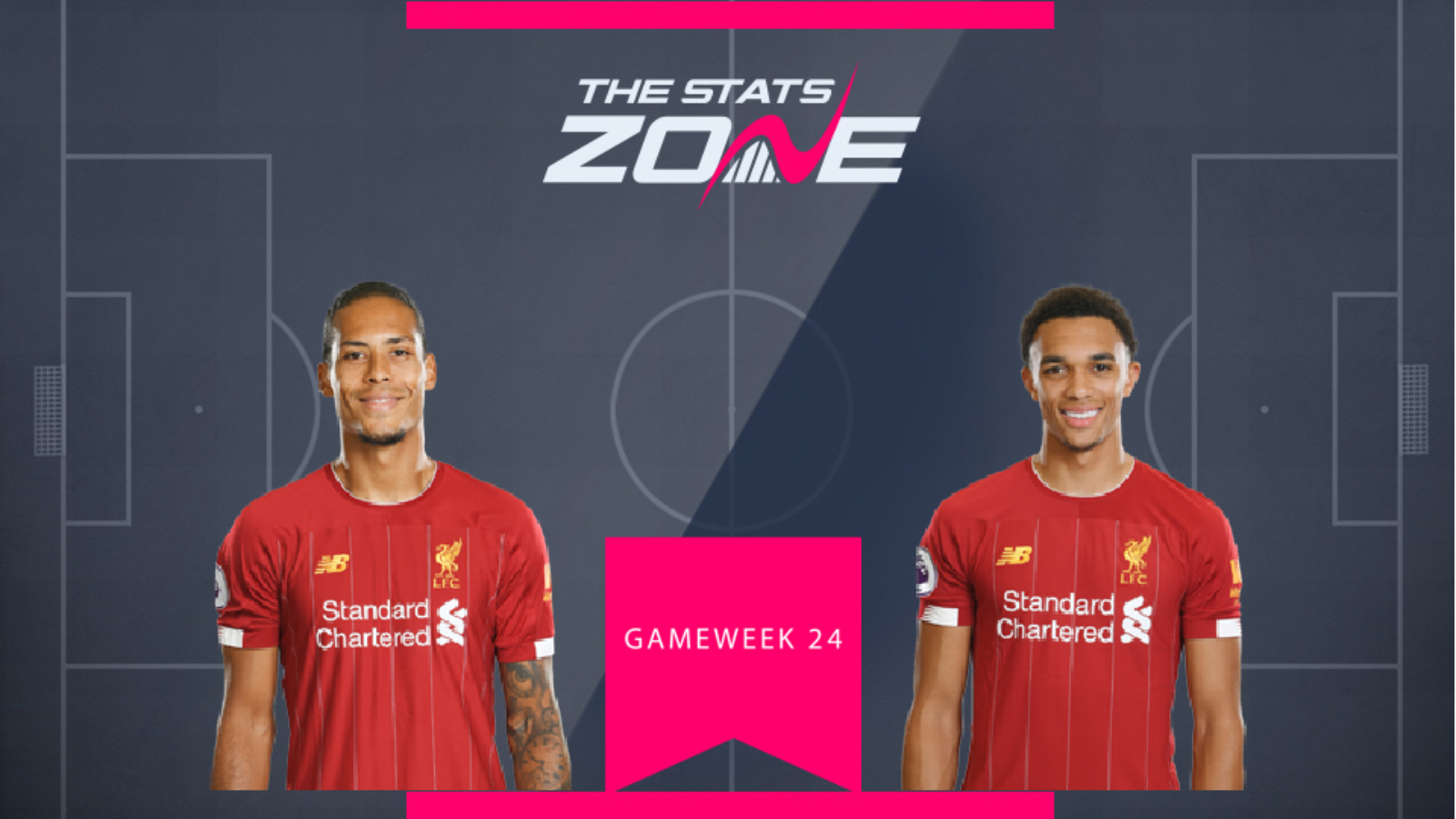 The Virgil van Dijk (£6.4m) and Trent Alexander-Arnold (£7.5m) combination rose to the forefront again for Liverpool in Gameweek 23 as for the third team this season, an Alexander-Arnold set-piece was headed home by Van Dijk to help the Reds to a 2-0 win against bitter rivals Man Utd. Between them, they accrued 25 FPL points as Liverpool made it seven Premier League clean sheets on the bounce.

Gameweek 24 sees the two head into a crucial double gameweek away to Wolves and West Ham respectively. Over the last seven gameweeks, Van Dijk has amassed 53 FPL points, only to be outshone by Alexander-Arnold's 61 points. Van Dijk is a cheaper price but the constant attacking threat provided by Alexander-Arnold along with his high ownership makes him impossible to go against in this head-to-head. 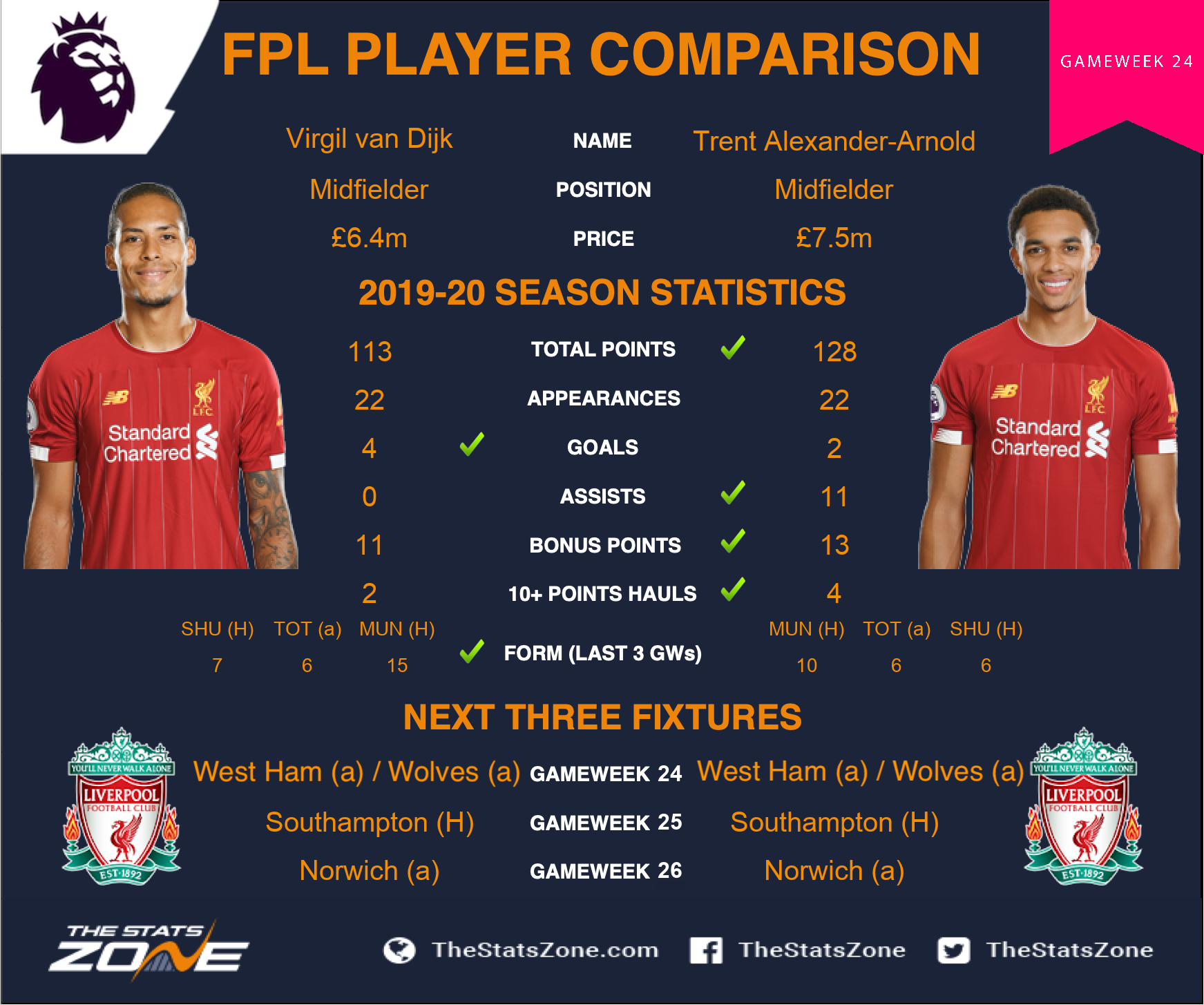