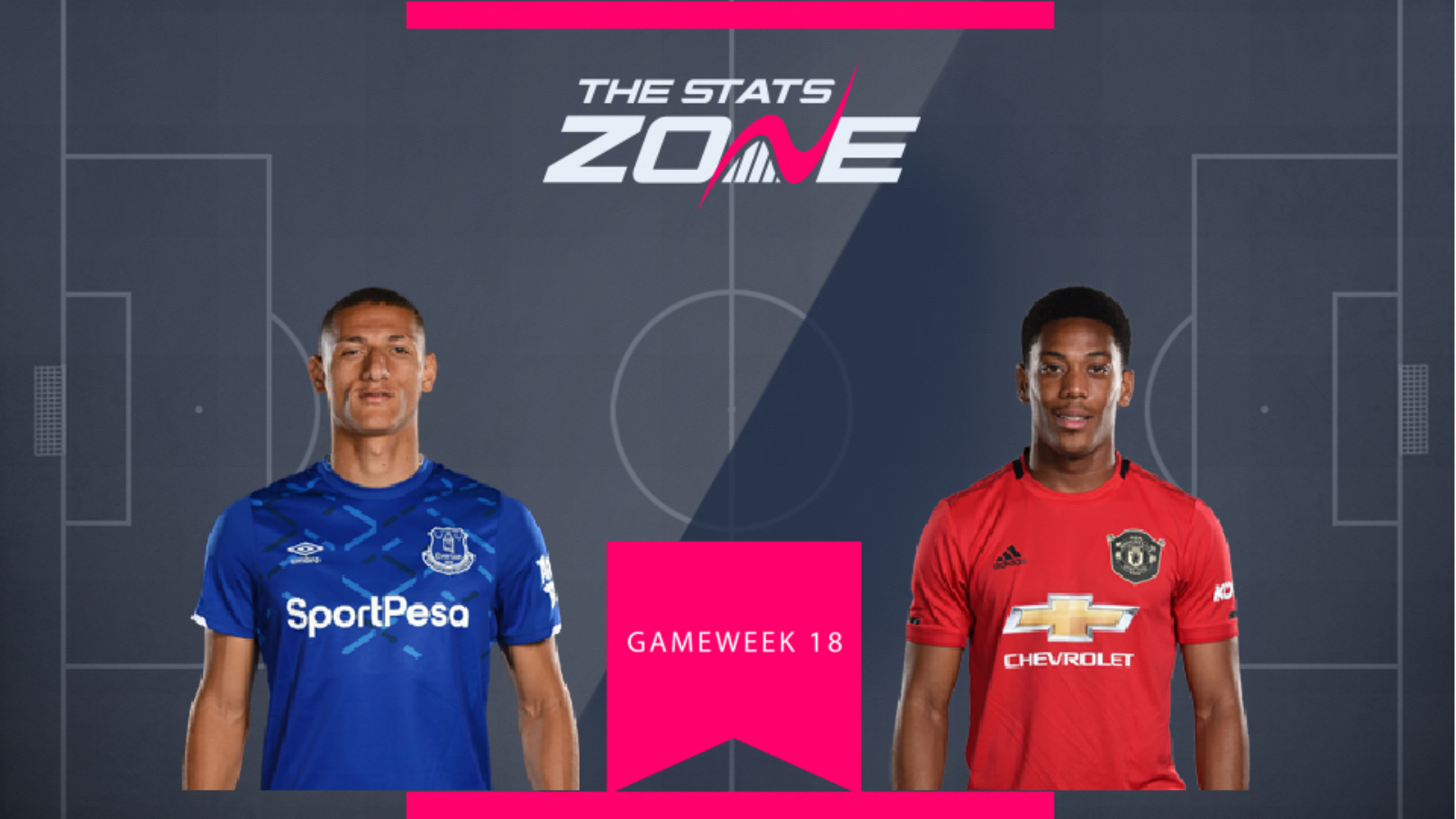 Everton have enjoyed a resurgence under caretaker boss Duncan Ferguson. Midfielder Richarlison (£7.8m) has been deployed as part of a front two and after scoring in Gameweek 16 against Everton, he put in a hard working performance against Man Utd with no reward from an FPL perspective. Another player who failed to register an attacking return in the same match was Man Utd midfielder Anthony Martial (£7.7m), also an FPL midfielder being utilised as a striker.

Back at Goodison Park, Richarlison will hope to get back on the scoresheet against defensively dodgy Arsenal who have shipped eight goals in four games under interim boss Freddie Ljungberg. Martial will also be hoping to add to his goal tally away to the Premier League's basement club Watford. The Hornets have conceded five goals in their last five matches at Vicarage Road, although three of those came in a single fixture. Defensively they look a better outfit than Arsenal despite their position in the league table and as such, it's the Brazilian that takes our fancy in this head-to-head. 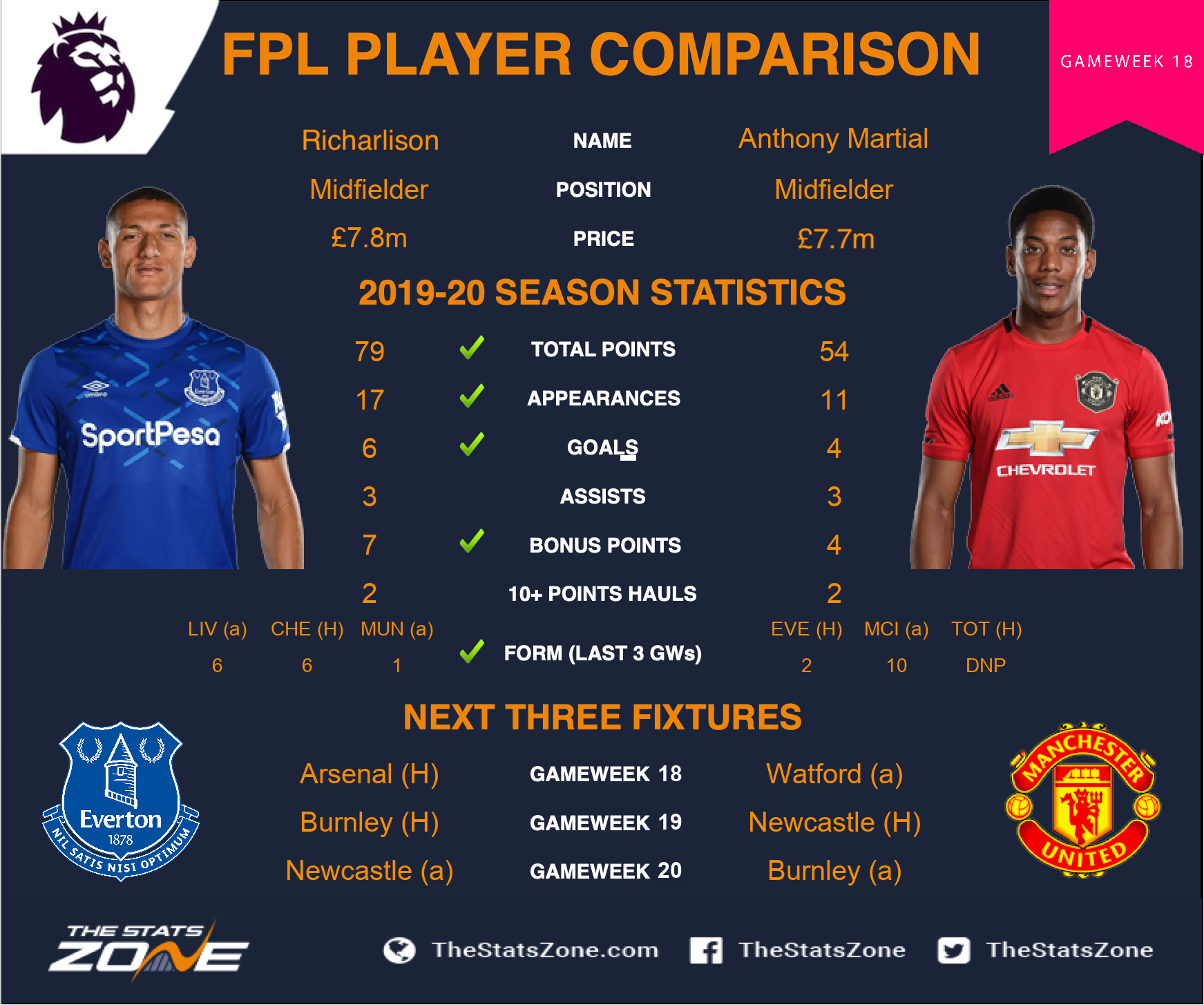