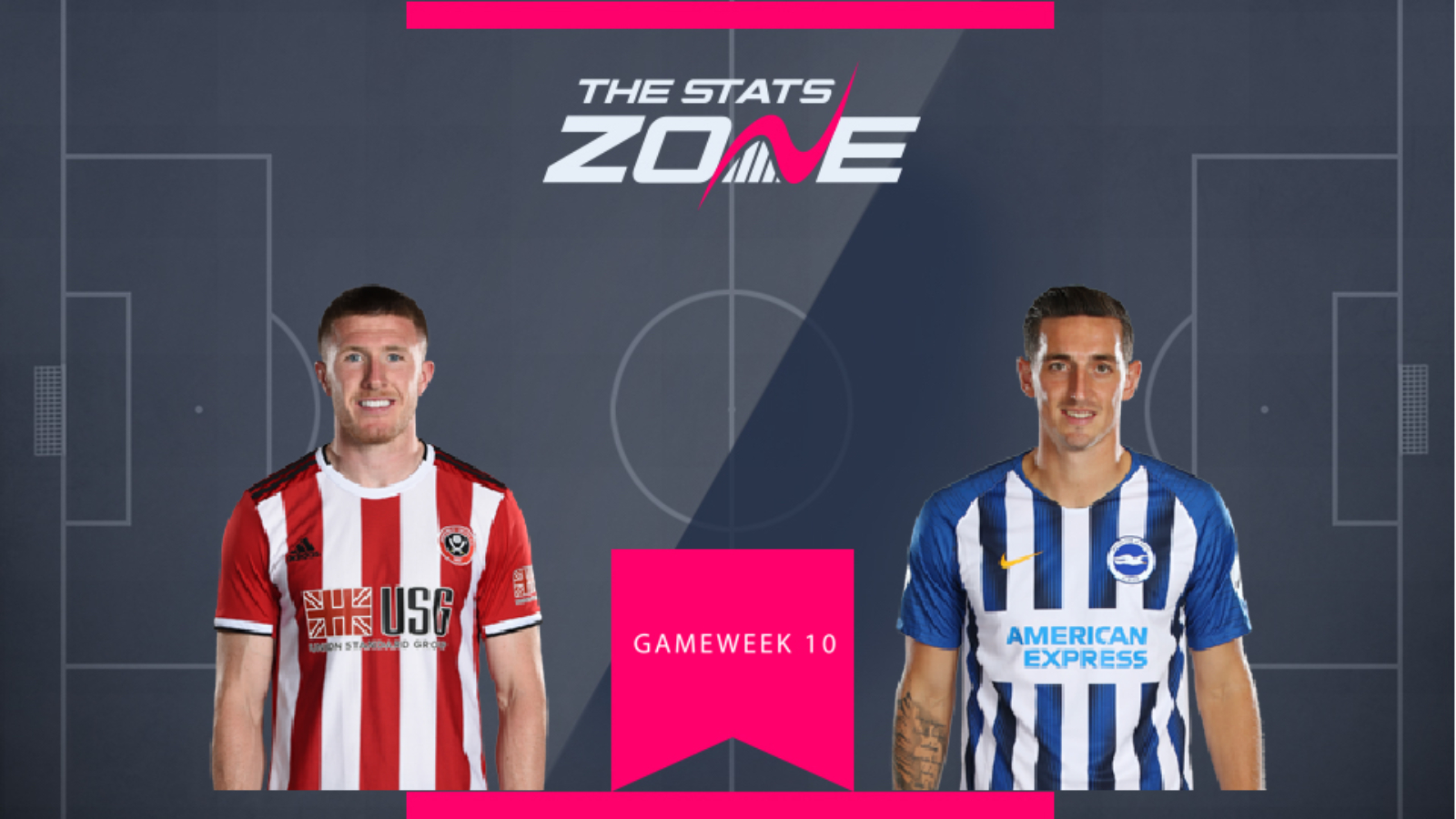 John Lundstram (£4.6m) is currently enduring god-like status among the FPL community after his unexpected 6 points in Gameweek 9 saw him save many a manager’s gameweek following Sheffield Utd’s 1-0 win against Arsenal. Lundstram, who began the season priced at £4.0m, is currently the highest scoring defender in FPL and is owned by 32.9% of FPL managers. Brighton’s Lewis Dunk (£4.6m) has perhaps not matched that success, but has proved a very shrewd FPL acquisition in his own right with 34 FPL points so far, including four clean sheets and two assists. A home game against Everton in Gameweek 10 tips the scales in his favour over Lundstram this week, who faces an away trip to West Ham in a game set to be played in a highly charged environment following the history between them and the Blades. With Lundstram having picked up three yellow cards already this season, it may be worth avoiding him for this one. 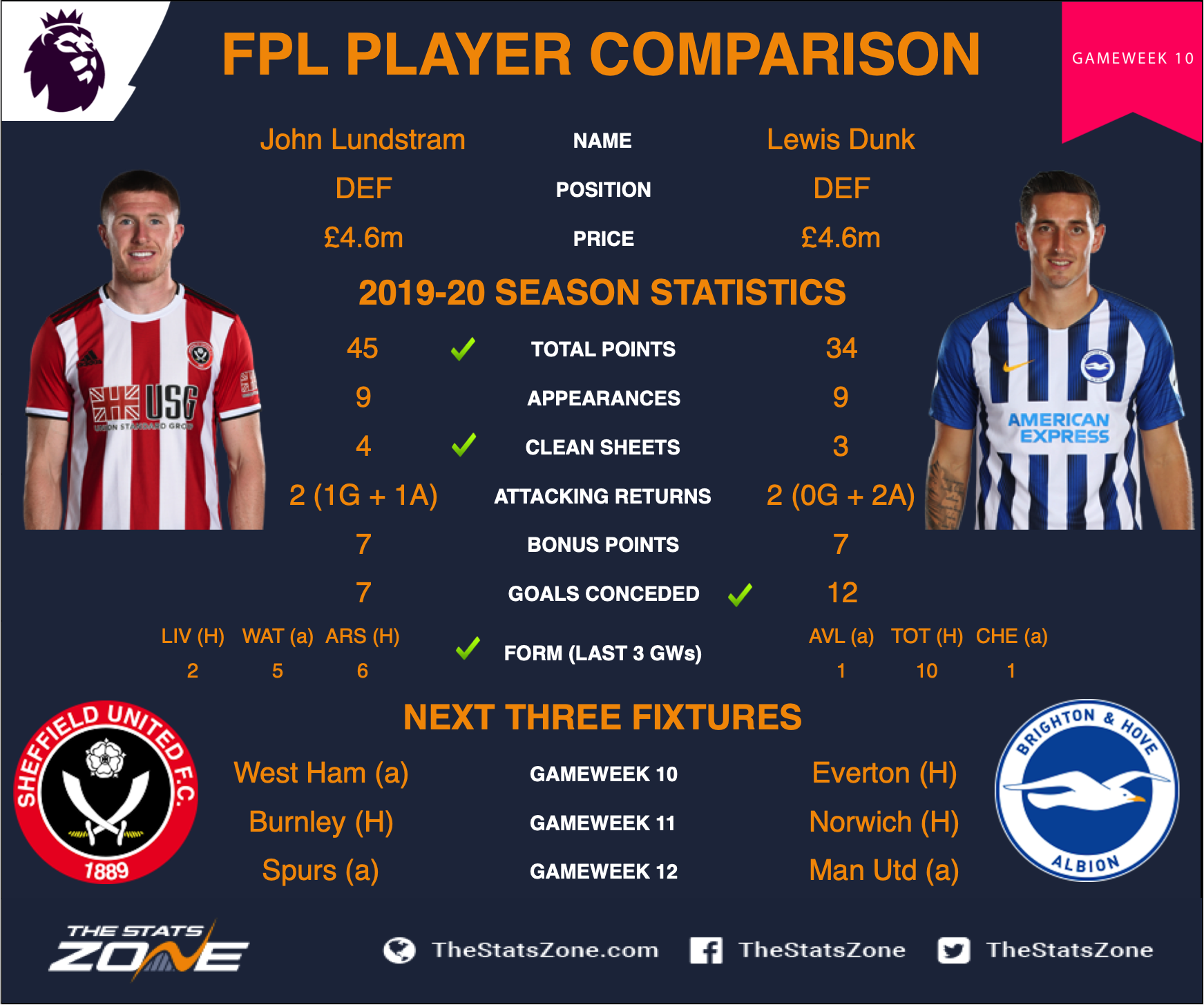