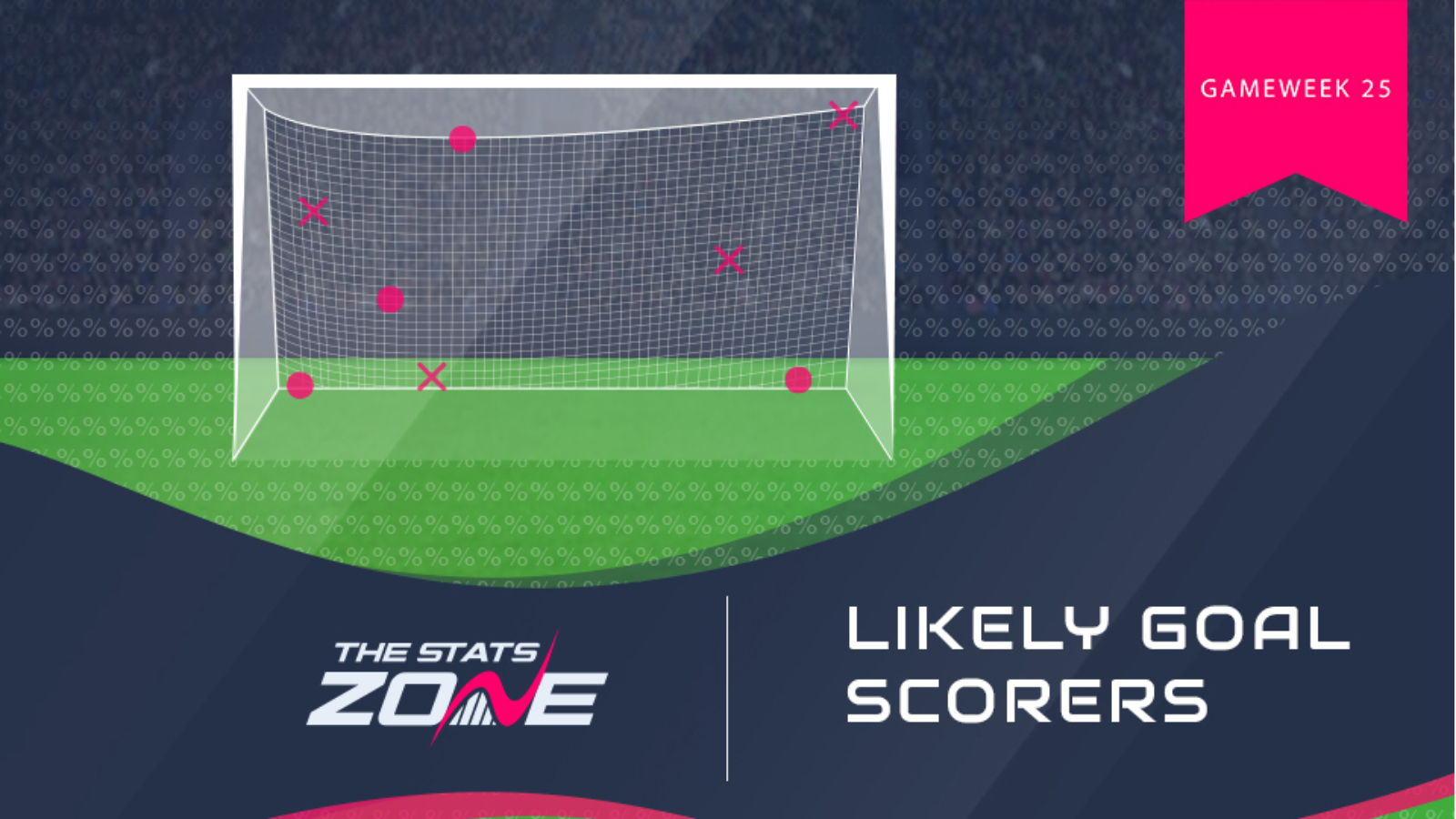 Ahead of GW25, we take a look at which players have the best chance of scoring in the upcoming fixtures. 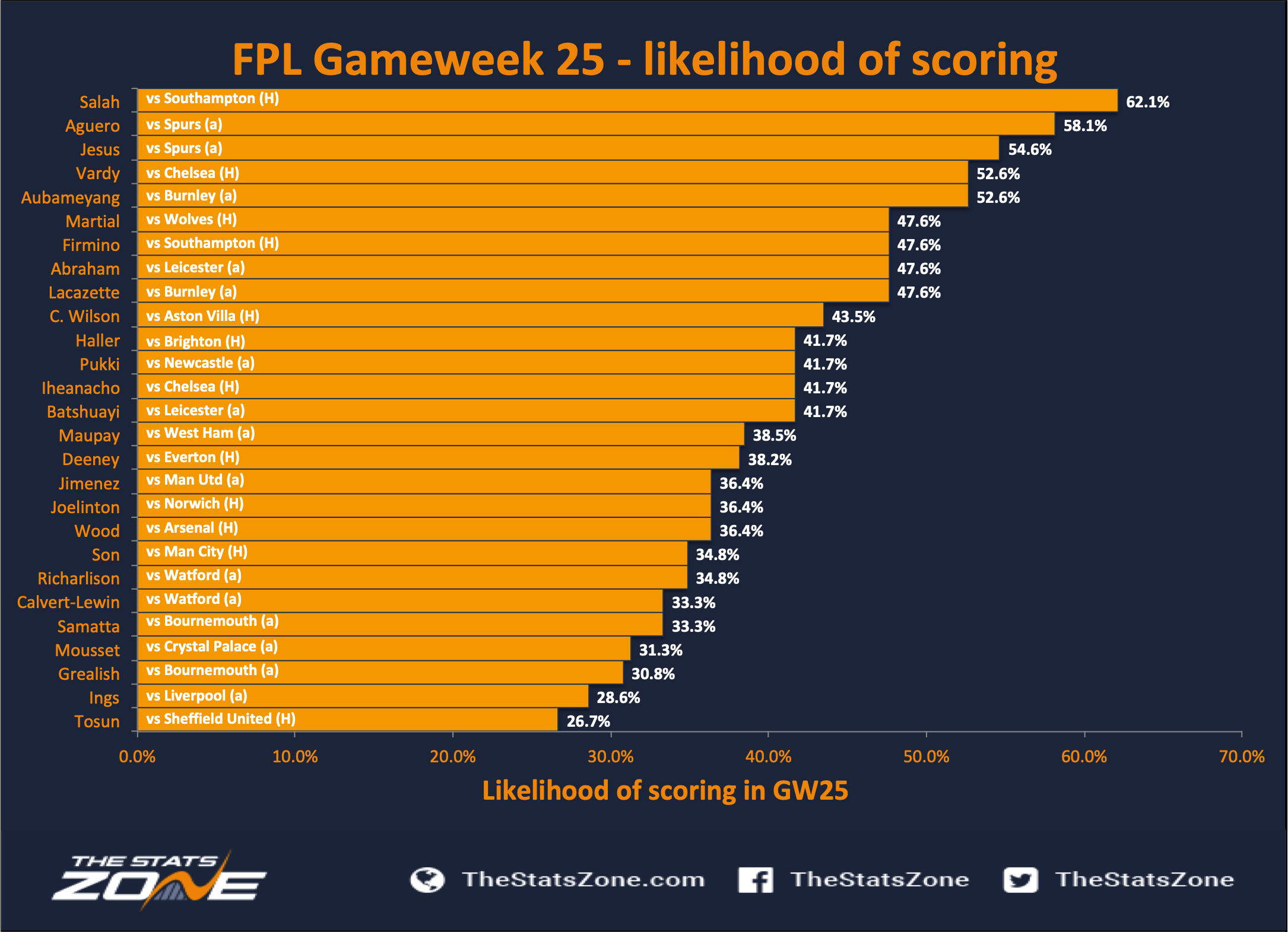 Mohamed Salah (£12.6m) tops the likely goalscorer chart this week and it is little surprise for a few reasons. He bagged against West Ham in midweek to take his tally to 12 for the season and the Egyptian has now scored three in his last five appearance. With Sadio Mane set to miss out through injury, greater emphasis will fall on the Egyptian to perform but he will relish that. Southampton pose a potentially tricky test for Liverpool but despite their recent good form, the league leaders will cause their defence plenty of problems.

Salah is followed by Man City duo Sergio Aguero (£12.0m) and Gabriel Jesus (£9.5m) with the Argentine possessing a slightly higher chance of scoring than his teammate but they could both run into difficulty if Jose Mourinho parks the bus as anticipated. Perhaps a more intriguing option comes a little lower in the list with returning Arsenal captain Pierre-Emerick Aubameyang (£10.7m) rated as a 52.6% chance of finding the back of the net. He has notched 14 goals this season and should be refreshed following his three-match ban with a potentially tasty matchup lying in wait against Burnley (a).