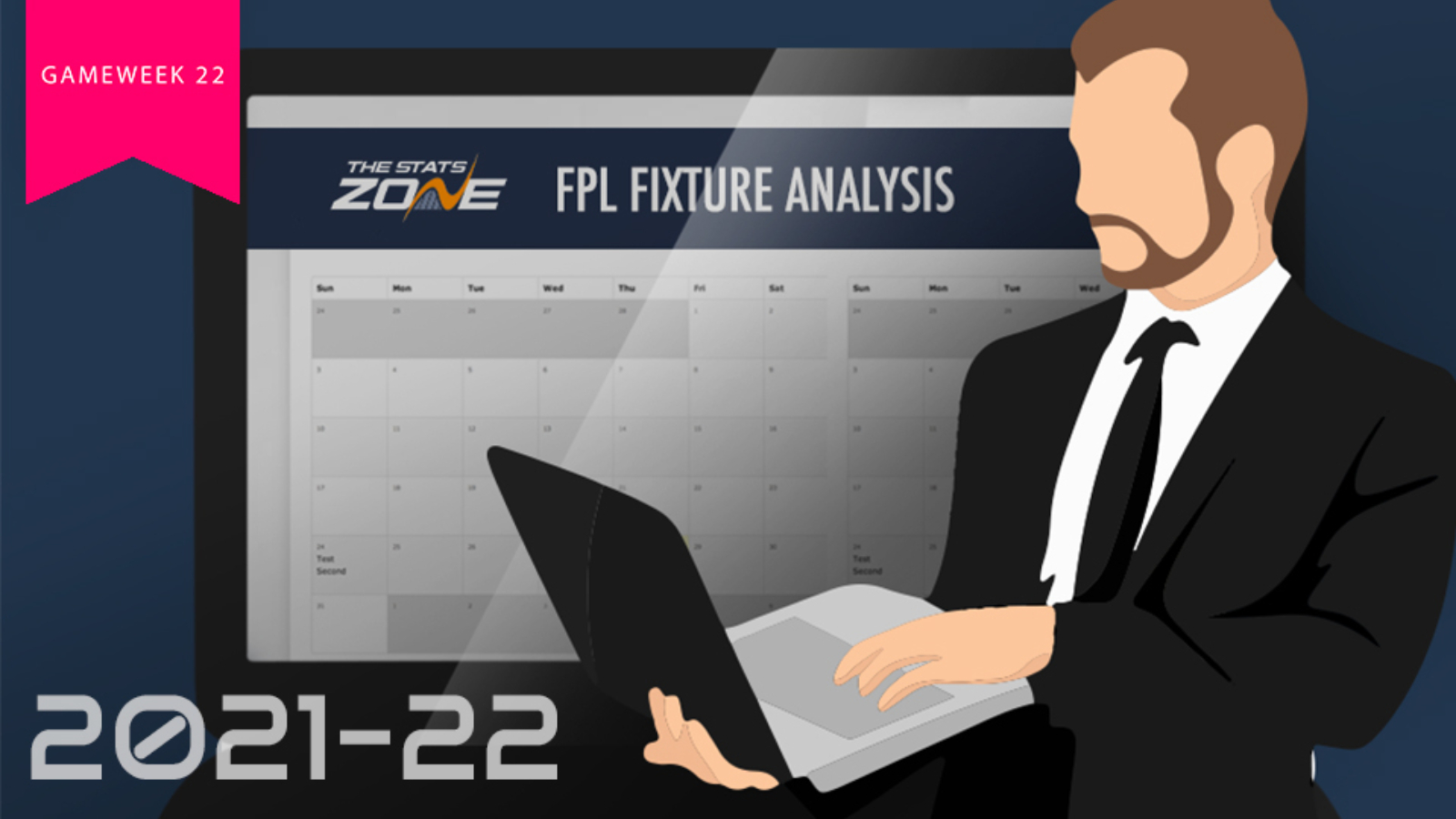 Double Gameweek 21 began with a dramatic fixture at Emirates Stadium as Arsenal took the lead against Man City through Bukayo Saka (£6.4m), only to be pegged back courtesy of a Riyad Mahrez (£8.7m) penalty. A red card for Arsenal defender Gabriel (£5.3m) followed and whilst it looked like the hosts would hold out for a well-earned point, Man City had other ideas and snatched all three in second-half stoppage time courtesy of midfielder Rodrigo (£5.5m). Saturday also saw Spurs score an injury time winner away at Watford via the head of centre-back Davinson Sanchez (£4.6m) from a Heung-Min Son (£10.7m) free kick.

Rodri's winning goal for #ManCity against Arsenal was the latest winning goal @ManCity have scored in a #PL match since Gabriel Jesus versus Southampton in 2018. 😜💥 @OptaJoe https://t.co/1RqKe5qqdp

Leeds enjoyed a happy Sunday, beating Burnley 3-1, although popular FPL asset Raphinha (£6.5m) was not on the scoresheet for the Whites. Burnley’s most potent attacking player Maxwel Cornet (£5.9m) netted his sixth goal of the season with an excellent free kick, however he has since jetted off for the African Cup of Nations. Elsewhere, both Mo Salah (£12.8m) and Sadio Mane (£11.8m) found the net for Liverpool in an entertaining 2-2 draw against Chelsea, although those two like Cornet have departed for international duty. The following day was a memorable one for Wolves, who defeated Man Utd 0-1 at Old Trafford courtesy of a Joao Moutinho (£4.9m) goal.

The best in the world...🌍 Mohamed Salah does it again as #LFC extend their lead against Chelsea! 🔴 https://t.co/mbuKlRoxpj

Like buses, you wait ages for one to turn up before two come along at once. That certainly applies for FPL managers here as they now have a second successive double gameweek to look forward to, beginning this coming Friday and lasting until the following Wednesday. With that in mind, we waste no time in casting our eye on those clubs with particularly attractive Double Gameweek 22 fixtures, focusing on those FPL assets that may be set to benefit pointswise.

WILL HARRY CONJURE UP SOME GOALSCORING MAGIC?

Whilst it has been largely an extremely disappointing Premier League season for Harry Kane (£12.2m) Double Gameweek 22 provides him with an opportunity to redeem himself in the eyes of many FPL managers with two fixtures falling under the forward’s domain. The first being the North London derby against Arsenal at the Tottenham Hotspur Stadium, before a trip to Leicester three days later.

Harry Kane is the top goalscorer in North London Derby history and has scored more goals against Leicester than any other club. A triple captaincy contender in the DGW?

Kane is not only the all-time top goalscorer in the North London derby, he has also bagged 15 goals over the course of 12 Premier League fixtures against Leicester, who are expected to be significantly weakened by a large number of injuries within their squad. With Heung-Min Son set to be out injured, the onus for attacking returns among this Spurs team falls even more heavier on Kane’s shoulders. It would also be shrewd for FPL managers to consider the likes of full-backs Sergio Reguilon (£5.4m) and Emerson Royal (£5.0m) when considering Spurs’ defensive prowess under Antonio Conte.

BUCKLE UP FOR RONALDO ROADTRIP!

Man Utd and Cristiano Ronaldo (£12.5m) are set for two away fixtures in Double Gameweek 22. They begin in the West Midlands away at Aston Villa, before a trip to West London sees them take on Brentford the following midweek. Forward Ronaldo averages six points across his last four Premier League appearances and will surely command a large ownership against two sides currently firmly planted in mid-table.

After coming off the bench in their most recent league defeat against Wolves, midfielder Bruno Fernandes (£11.6m) impressed and should have scored having seen a clear-cut opportunity inside the box cannon off the crossbar, before his late free-kick was brilliantly saved by Jose Sa in the Wolves goal. Following his positive cameo, the likelihood is that Fernandes will start against Aston Villa and from then on could well keep his place against Brentford. Double Gameweek 22 could be just the tonic for Fernandes to accrue the points and show the form which made him such a popular FPL asset last season.

WATFORD IN NEED OF A KING!

Double Gameweek 22 is a huge one from a Watford perspective. Away fixtures against relegation rivals Newcastle and Burnley are arguably season defining and the Hornets simply must put in two strong performances both offensively and defensively. Attacking has been Watford’s strong suit ever since Claudio Ranieri came into the club and that isn’t expected to change here, even when considering the ramifications of defeat in either of these two games.

Whilst he is currently an injury doubt, Watford fans and many FPL managers alike will be hoping that Emmanuel Dennis (£6.1m) recovers in time to feature in both of their Double Gameweek 22 fixtures. Dennis has proven a fantastic FPL asset this season, racking up 92 points already and with five goals and three assists across his last seven league appearances, it would be no surprise if he were back among the fantasy points. Fellow forward Josh King (£5.8m) is also an option worthy of consideration, having already netted a hat-trick away from home this season. In goal, Ben Foster (£4.1m) is not expected to recover from injury in time for DW22 and therefore, no Watford player really stands out in terms of clean sheet potential when taking into account their recent frailties at the back.