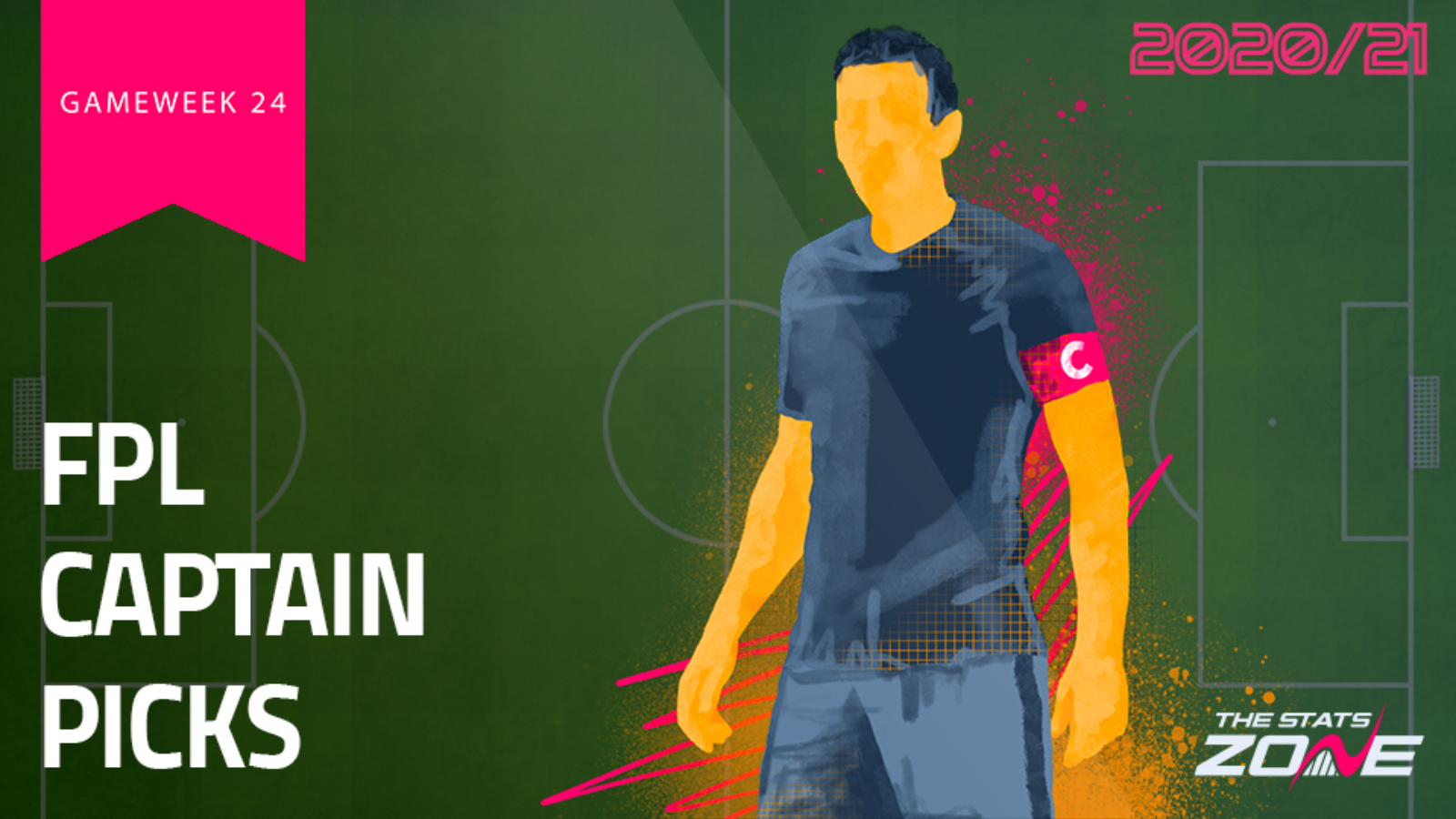 Gameweek 23 saw owners of Spurs midfielder Heung-Min Son (£9.6m) breathe a sigh of relief after seeing forward Harry Kane (£11.0m) named in the starting line-up vs West Brom. Jose Mourinho's side had been toothless in-front of goal without the influential striker in the past couple of gameweeks and his availability no doubt proved a factor in Son scoring his first Premier League goal since Gameweek 17, picking up ten FPL points in the process. Owners of Leeds assets also had reasons to smile, with a goal for Patrick Bamford (£6.7m), an assist for both Raphinha (£5.3m) and Stuart Dallas (£4.8m) with the latter also picking up a clean sheet as the Whites dispatched Crystal Palace 2-0 at Elland Road.

The big showdown of Gameweek 23 saw Man City lay many demons to rest by finally winning at Anfield. They did it in emphatic style as well, thrashing defending champions Liverpool 1-4. From an FPL perspective, owners of City midfielder Ilkay Gundogan (£6.0M) went through the full range of emotions as the German proceeded to launch a penalty kick well over the bar in the first half (rumours the ball is still travelling remain unconfirmed at this time). However, you can't keep a good FPL asset down for long and Gundogan was back to his old tricks in the second half, scoring two predatory tap ins and banking 13 FPL points for his delighted (not to mention relieved) owners. Fellow City midfielder Phil Foden (£6.1m) also starred with two assists and a spectacular individual goal helping him accrue 16 FPL points, whilst Raheem Sterling (£11.6m) netted his eighth goal of the season and acquired eight FPL points. Owners of Mo Salah (£12.7m) weren't left out either, with the Liverpool midfielder scoring the Reds' only goal of the game from the penalty spot.

This weekend marks the second double gameweek of the season so far with Burnley, Everton, Fulham and Man City the four clubs in the spotlight with two fixtures to their name. Assets from all four are expected to be popular as FPL managers hunt for those all-important mega hauls and with that in mind, we assess all the attractive looking captaincy options for Double Gameweek 24 ahead of Saturday’s 11:00am deadline.

With nine goals in his last 11 Premier League games, we'd be foolish not to have Ilkay Gundogan (£6.0m) high on our captaincy list for Double Gameweek 24. A number of Man City assets will no doubt prove popular with FPL managers in this coming gameweek, but Gundogan with his late runs into the box, his potency from direct free kicks and cheap price-tag makes him the ideal captain pick. The German likely not being on penalties is a shame following his first half miss at Anfield, but that shouldn't dissuade owners into handing him the armband considering his brace from open play in the second half.

Whilst on the topic of a Man City midfield asset, it would be remiss of us not to mention Raheem Sterling (£11.6m) as another viable captaincy option. A frustrating asset at time yes, but the England international looks to be coming into some form at just the right time from an FPL perspective. Four goals and one assist from his last five Premier League appearances has seen the midfielder rack up 38 FPL points within those five gameweeks (he did not feature in Gameweek 21). A double gameweek could see Sterling finally explode and record the sort of score his premium price-tag demands of him. Also expected to come under consideration in regards to captaincy is City defender Joao Cancelo (£6.0m). Part of a defence that has kept eight clean sheets in the last 11 Premier League games in which he has started, Cancelo not only provides the potential for points returns from defence, but perhaps more notably is his attacking potency from full-back. As always though with a Pep Guardiola managed Man City, rotation could be on the cards.

After a lean spell in-front of goal, Everton forward Dominic Calvert-Lewin (£7.7m) in back amongst the goals and back in many FPL manager's thoughts ahead of Double Gameweek 24. The Toffees striker is accumulated 21 FPL points from the last two gameweeks after following up a goal vs Leeds in Gameweek 22, with both an assist and a last minute equaliser against Man Utd in Gameweek 23. Calvert-Lewin is now the third highest scoring forward so far this season with 120 points and currently sits joint-second with 13 Premier League goals scored in the race for the golden boot.

Everton boast two home fixtures in Double Gameweek 24, with both Fulham and Man City travelling to Goodison Park. Fulham on their own should prove enough for most FPL managers to back Calvert-Lewin, with the Whites currently rooted inside the bottom three. Man City represents more of a free hit when taking into account the strength of their defence, but Calvert-Lewin has proved himself against the top teams this season already with goals against Man Utd and Liverpool. It wouldn't be a surprise if he did the same again here.

EDIT: Now that DLC appears to be injured you can pretend we didn't say all this! So...Richarlison instead?

Putting the captaincy on a player who doesn't have two fixtures is a huge risk in any double gameweek. However, in the case of Man Utd's Bruno Fernandes (£11.5m) it is fully justified. The Portuguese sensation is comfortably the highest scoring FPL midfielder so far this season, with a whopping 169 points to his name already. With set pieces and penalties to his name, Fernandes is always in the thick of the action and comes into this gameweek having accrued two goals, two assists and 24 FPL points in his last two games for the Red Devils.

Many FPL managers blinded by the double gameweek won't give Fernandes a second thought for the captaincy this weekend, but that could prove a huge error considering that Man Utd travel to the hapless West Brom. The Baggies have conceded a staggering 19 goals in the five home games they have played under the management of Sam Allardyce. Having stuck nine goals past Southampton in Gameweek 22, another big scoreline is expected to be racked up by Man Utd in Double Gameweek 24 against the side currently sat 19th in the Premier League. It would prove an entirely sensible decision to play safe and stick the armband on Fernandes rather than chase points from other players with two fixtures.

Before anyone asks, no this writer has not lost his marbles. We don't call this a differential pick for no reason and Burnley central defender James Tarkowski (£5.3m) couldn't prove anymore of a differential if we tried. However, there is a method to the madness. Tarkowski will benefit from two fixtures in Double Gameweek 24, with both providing huge clean sheet potential. Firstly, Burnley travel to a Crystal Palace side minus their most potent attacking weapon in Wilfried Zaha and a team that the Clarets not only kept a clean sheet against earlier in the season at Turf Moor, but also beat 0-1 at Selhurst Park last season. Following that, Fulham travel to the North West with Scott Parker's side having failed to score in three of their last four Premier League matches. The two sides have already clashed in the FA Cup fourth round this season, with Burnley 0-3 winners at Craven Cottage.

Since GW18, no defender in the league has had more big chances or a higher expected goal return than Tarkowski Their opponents in GW24, CRY + FUL are tied for the most headed attempts conceded in the league since GW18 Which Burnley asset(s) do you like ahead of GW24? (if any)

Without a goal yet this season, Tarkowski is surely due an attacking return sooner rather than later having netted twice in the 2019/20 season and scoring three goals in 2018/19. Always a massive threat from set pieces, the Burnley centre-back offers a genuine attacking threat to go with their defensive stability. Captaining Tarkowski may prove madness for many, but for those who are brave enough to pull the trigger, it could prove a stroke of genius.