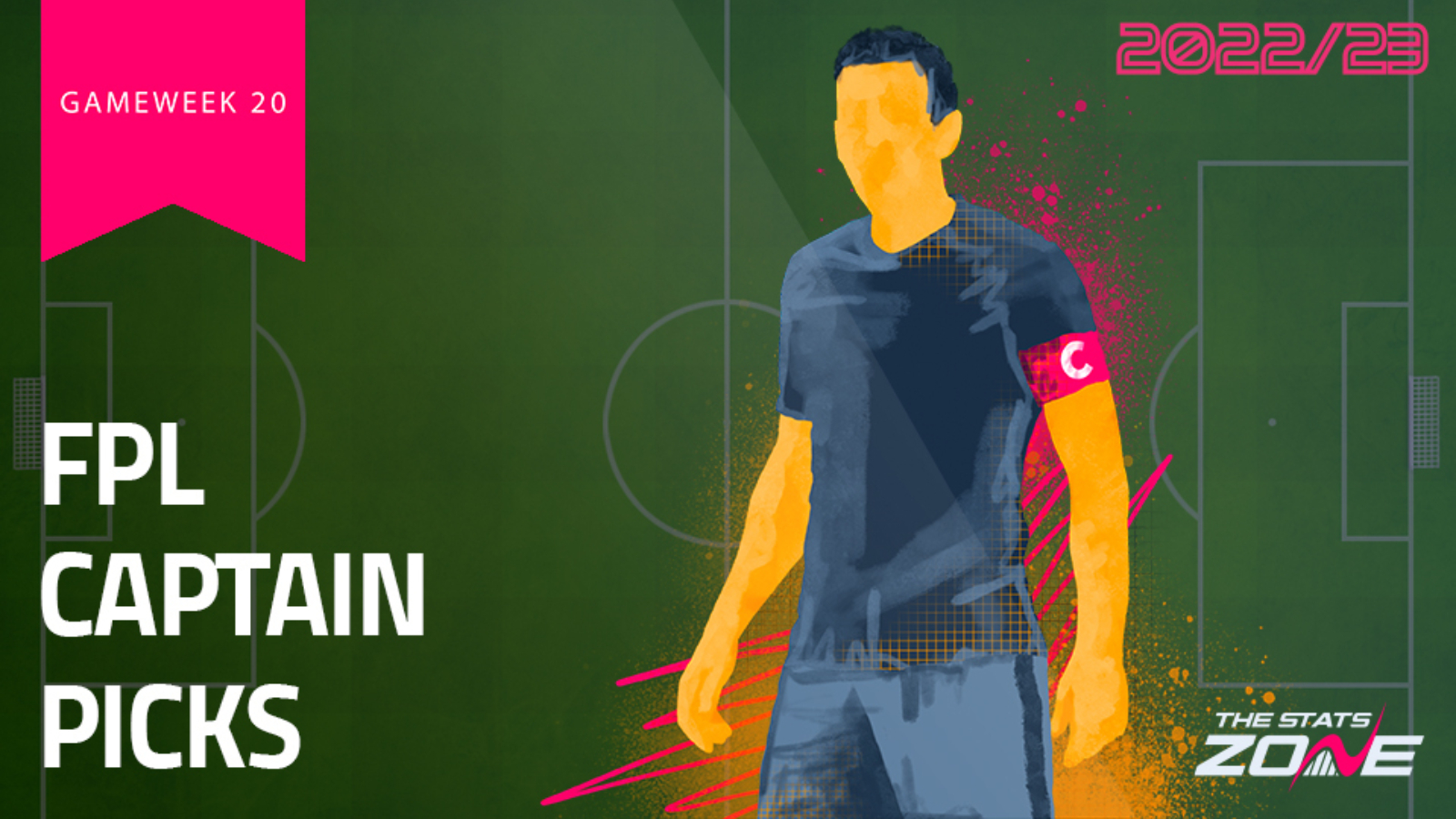 We all feared it would happen and indeed it did. Double Gameweek 19 saw Aleksandar Mitrovic (£7.2m) booked in the first of Fulham’s two fixtures away to Leicester, this coming after he scored the only goal of the match. This triggered a suspension for Mitrovic which meant that he missed Fulham’s second Double Gameweek 19 encounter against Chelsea and 5 points was all that he managed. Elsewhere, Erling Haaland (£12.2m) drew a rare black, although his Man City side overcame Chelsea by a single goal at Stamford Bridge. The same was the case for Gabriel Martinelli (£6.8m) as Arsenal and Newcastle played out a cagey 0-0 draw.

We’re now looking ahead to our second double gameweek in succession and another opportunity for FPL managers to make some serious gains on their mini-league rivals. We run the rule over three premium captain picks for Double Gameweek 20, alongside a differential choice ahead of Friday’s 18:30 deadline.

Since the resumption of the Premier League, Marcus Rashford (£7.0m) has been arguably the best performing player in the top flight. The England international has scored in each gameweek since the World Cup, also gaining an assist, accruing a total of 27 FPL points. This was despite not starting in one of the three gameweeks due to disciplinary reasons as he came off the bench to score the winner against Wolves in Gameweek 18. He also scored late on from the penalty spot in Man Utd's FA Cup third round triumph over Everton.

Double Gameweek 20 sees two fixtures for Rashford. Firstly, the Manchester derby at Old Trafford, followed by a trip to Selhurst Park to face Crystal Palace. The first fixture in particular is a difficult one, but Rashford on current form is more than capable of finding the net. Crystal Palace have shipped six goals across their last two home matches in all competitions, so FPL managers who choose to give Rashford the armband will certainly be confident of returns in that one.

Any double gameweek with Erling Haaland involved will see him named captain in the vast majority of FPL teams and Double Gameweek 20 is expected to be no different. Despite his blank last time out in the Premier League, Haaland remains comfortably the English top flight’s highest scorer. Not to mention the fact that no player is anywhere near the Norwegian’s total score so far this season of 144 FPL points.

If you're looking to triple captain Haaland this season, then the best opportunities are likely to come in DGW20 or DGW23. There will be better fixtures later but those will come in weeks where (a) usage of other chips might be more optimal & (b) CL rotation could be a factor

Last time Man City faces Man Utd in the Premier League, Haaland racked up a mammoth score of 23 FPL points after not only bagging a hat-trick, but also two assists. Whilst a similar score is a big ask in the return fixture alone, Haaland also has a home match against Spurs to look forward to in Double Gameweek 20. In what is his first double gameweek of the season, FPL managers will expect big things from Haaland.

After failing to get on the scoresheet against Aston Villa, Harry Kane (£11.6m) bounced back in style against Crystal Palace, netting a brace, an assist and 16 FPL points overall. This helped boost his overall fantasy score to 127 points, which is bettered only by Erling Haaland across the 19 gameweeks played so far across the season. Like Rashford, Kane was also on target in the FA Cup third round, scoring Spurs' only goal in their win against Portsmouth.

Double Gameweek 20 sees Kane in action twice, firstly in the North London Derby against Arsenal, a fixture in which no footballer has scored more goals than him. This is followed up by a trip to the Etihad Stadium to take on Man City. With five goals and two assists over the course of his last five Premier League games, naming Kane skipper is a very enticing option for FPL managers. Be aware though, that the striker is walking the suspension tightrope and a booking in the North London Derby will see him ruled out of the Man City game!

Although the days of Bruno Fernandes (£9.8m) proving a must-own FPL asset are seemingly long gone, the Portuguese international has been in good form recently and with an extremely low fantasy ownership, could prove a profitable differential in Double Gameweek 20. Fernandes has been back among the attacking returns recently, acquiring three assists in his last four league matches.

🚨 #MUFC have NEVER lost a game that both Casemiro and Bruno Fernandes have started together. 💥 🇧🇷🇵🇹 https://t.co/LOhksllzOf

Man Utd face Man City and Crystal Palace with Fernandes on the back of picking up three scores of 6 points in the last four gameweeks. When taking into account Man Utd’s recent form, it would be no surprise if Fernandes was to improve on that score in Double Gameweek 20, which could lead to a significant green arrow for those FPL managers who take a chance and name Fernandes as their fantasy captain.