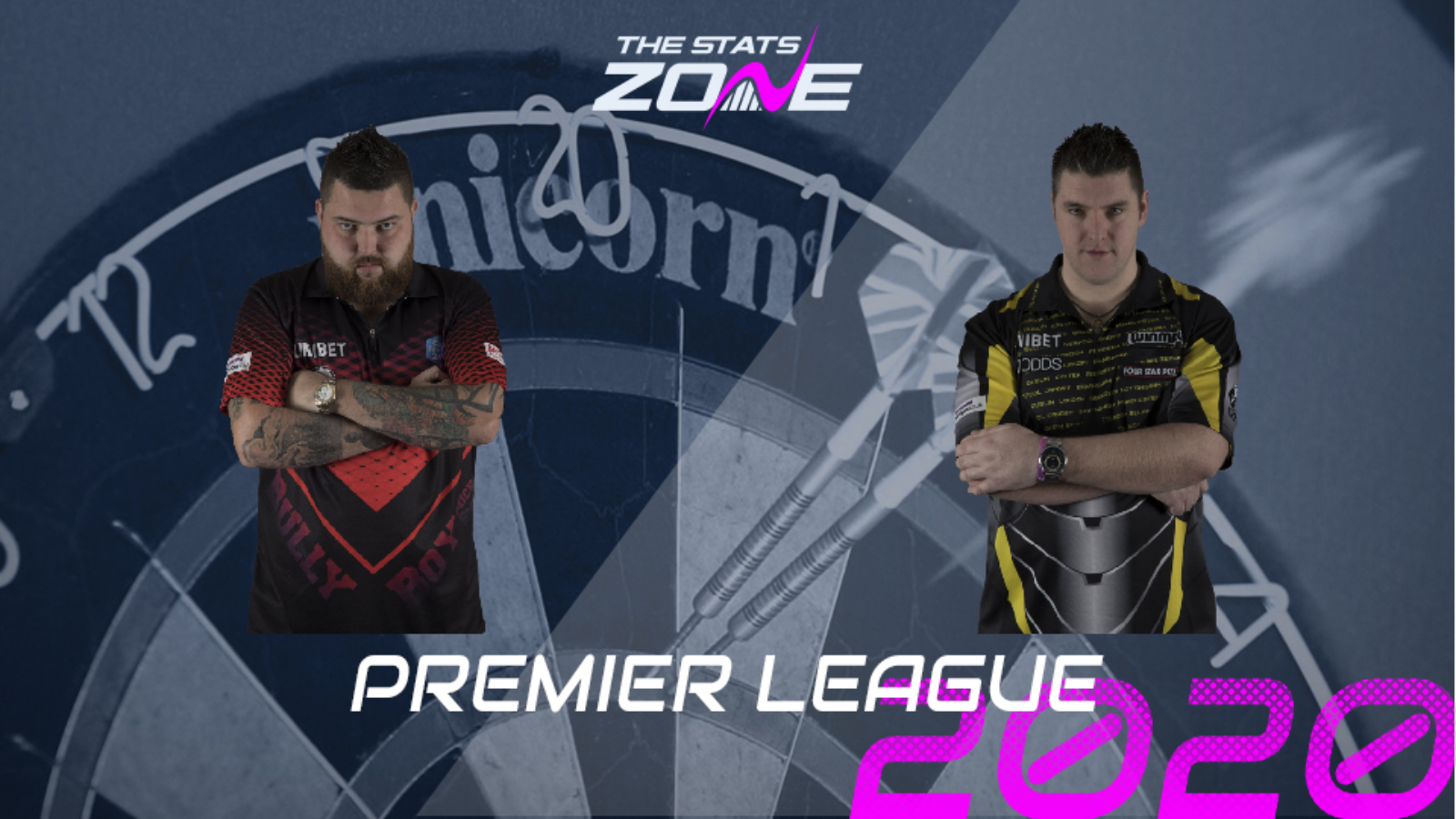 Where can I get tickets for Michael Smith vs Daryl Gurney? This event will be played behind closed doors

What channel is Michael Smith vs Daryl Gurney on? Sky Sports Action

Where can I stream Michael Smith vs Daryl Gurney? Sky Sports subscribers can stream the match via Sky Go

What was the score in the last meeting? Michael Smith beat Daryl Gurney 7-5

THE PREDICTION
Victories on Tuesday and Wednesday were enough to ensure Daryl Gurney’s survival on Judgement Night despite his loss to Peter Wright and his focus now will be on making a push for the top four but he has it all to do in the final stretch as he is four points off the pace. He faces an opponent here in Michael Smith who has been playing good darts but perhaps hasn’t been getting the results he deserves but he only has himself to blame for his 7-5 defeat to Nathan Aspinall last night as he missed several darts at a double to claim a point. His scoring is never in doubt though and he currently leads the 180 count for the tournament – in fact he has made almost twice as many maximums as Gurney has – so it could be worth backing Bully Boy to hit the most in this match.