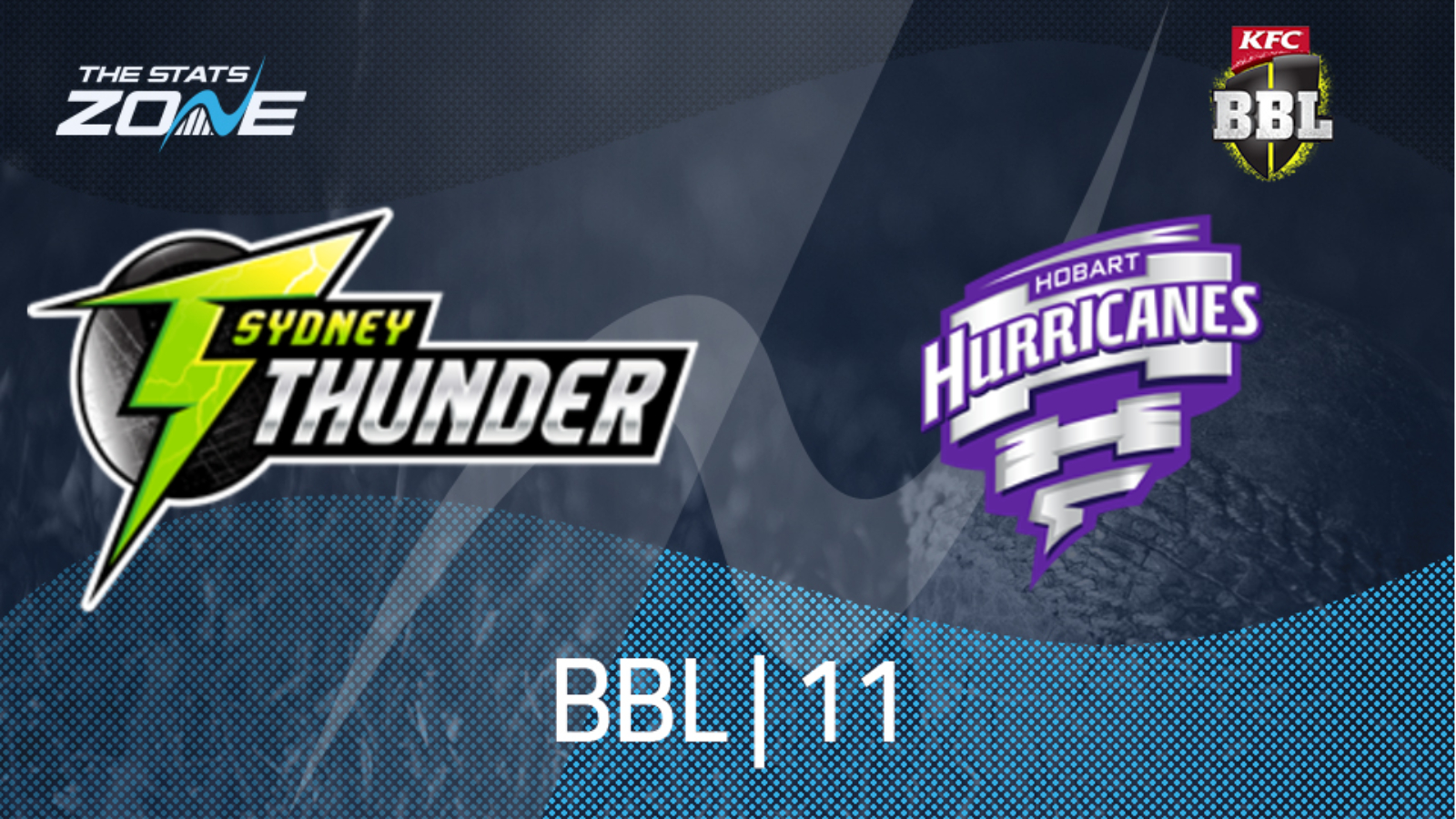 What is the expected weather for Sydney Thunder vs Hobart Hurricanes? 26c with light rain expected

Sydney Thunder are building up a head of steam ahead of the knockout phase of the Big Bash League and they will be desperate to maintain their momentum as they take on Hobart Hurricanes for the second time in quick succession. Thunder have won their last six games and look like they are capable of going all the way this year. The Hurricanes on the other hand have struggled for consistency and while they are capable of pulling a result out of the bag, the Thunder look a good pick to make it four wins in their past five meetings against the Hobart outfit.