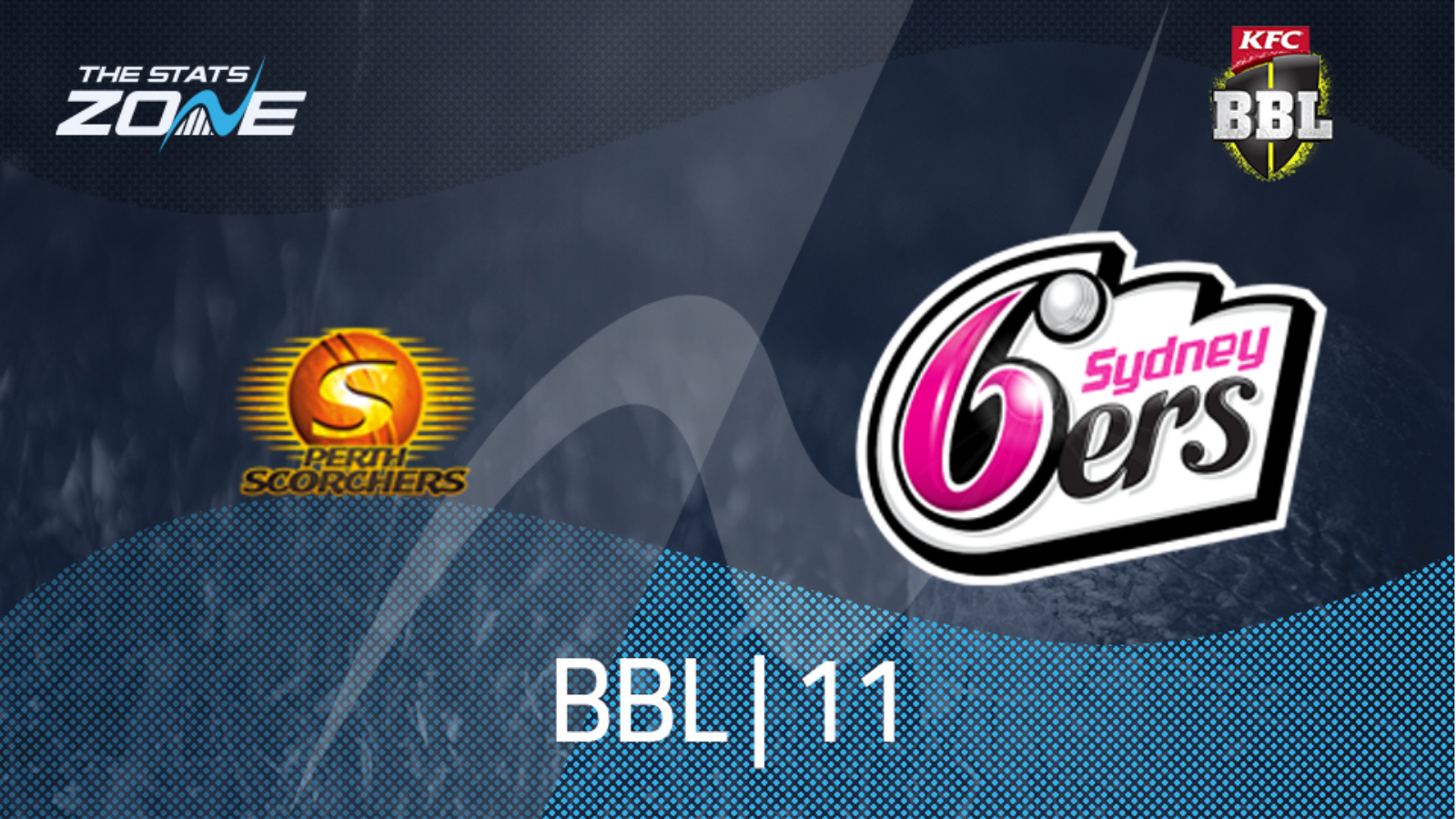 What is the expected weather for Perth Scorchers vs Sydney Sixers? 21-23c with a strong chance of heavy rain throughout.

The retractable roof at Marvel Stadium will be worth its weight in gold, ensuring that the BBL 11 final between Perth Scorchers and Sydney Sixers will not be disrupted despite the miserable weather expected during the scheduled hours of play. Considering how well they have played across the tournament so far, there is no doubt that Perth Scorchers will be extremely confident of adding a fourth BBL trophy to their cabinet here considering that they have already beaten Sydney Sixers three times this season. However, when it comes to BBL finals in the last couple of years, Moises Henriques’ side have always come up trumps, winning the last two and now they stand on the verge of a historic three-peat. The recent experiences of the Sixers at this stage of the competition will stand them in good stead, but the loss of key players such as Philippe and Silk cannot be underestimated.

Perth Scorchers contain by far the most destructive top order of the entire tournament and a top four of Josh Inglis, Kurtis Patterson, Mitchell Marsh and Colin Munro will be extremely difficult for the Sixers to reign in. This is combined with a well-balanced Scorchers bowling attack full of experience, variations and spin. They have proven to be the best side across the entire competition from the start, all the way to this stage and the expectation is that Perth Scorchers will be able to take that final step, beat Sydney Sixers one more time and lift their fourth BBL title.