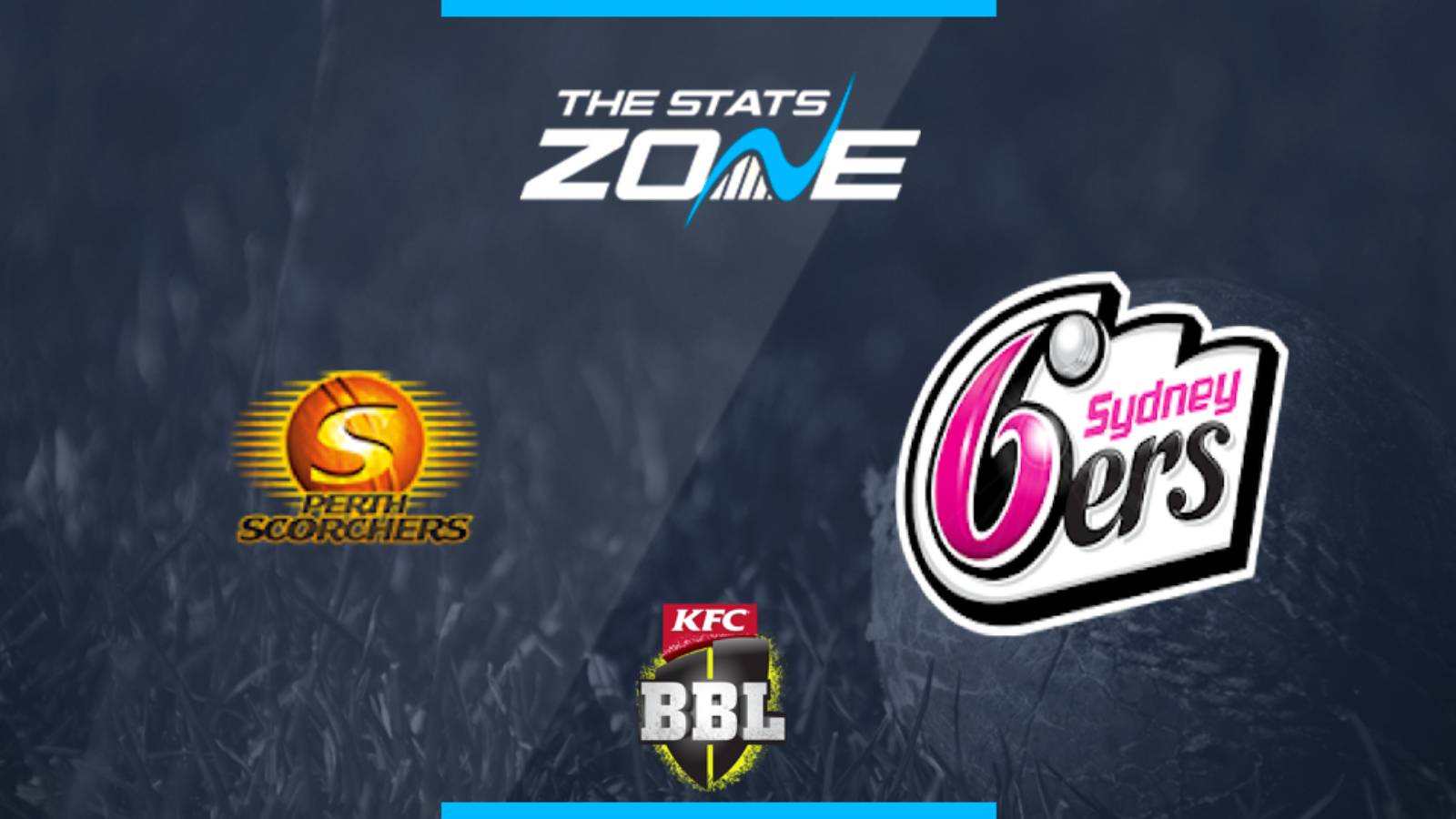 What is the expected weather for Perth Scorchers vs Sydney Sixers? 29c with sunshine and cloudy intervals

What television channel is Perth Scorchers vs Sydney Sixers on in the UK? BT Sport have the rights to BBL09 matches so it is worth checking their schedule

Where can I stream Perth Scorchers vs Sydney Sixers in the UK? If televised, BT Sport subscribers will be able to stream the match live via the BT Sport website & app

Where can I get tickets for Perth Scorchers vs Sydney Sixers? Visit the official BBL website for ticket information

What was the outcome in the last meeting? Sydney Sixers beat Perth Scorchers by 8 wickets

These two teams have already met this season and it was the Sydney Sixers who came away with an emphatic eight-wicket win so that will give them some confidence. They have, however, lost their last two games and desperately need to regain some form here. The Scorchers are struggling themselves and are hardly convincing so far as they too have just one win from three matches. Their bowling unit is missing some key figures and the Sixers have the clear edge there. They will have to make some improvement from the previous meeting to reverse the result and the Sixers are marginally favoured to replicate that win in what should be a closer game.