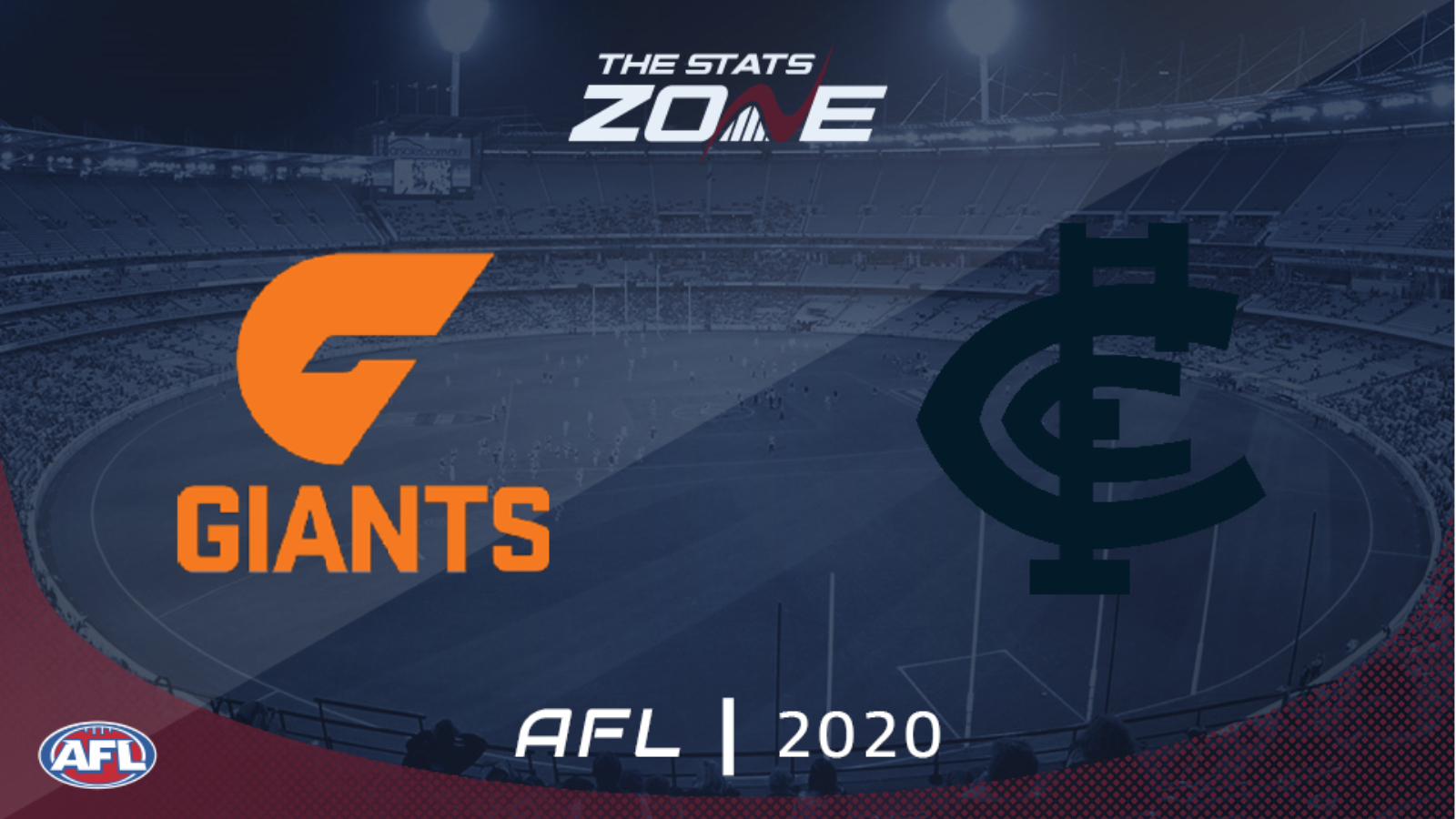 What television channel is GWS Giants vs Carlton on? In the UK, five matches each week will be televised on BT Sport and you can see their schedule here. For the TV channel in Australia, visit this link

Where can I stream GWS Giants vs Carlton? If the match is televised in the UK, then BT Sport subscribers will be able to stream it live via BT Sport Player. Additionally, those with a Watch AFL subscription can stream any 2020 AFL match live (outside of Australia). Those in Australia can stream any match live via AFL Live Pass

Where can I get tickets for GWS Giants vs Carlton? Click here for ticket information on 2020 AFL matches

After back-to-back defeats, GWS Giants earned an important win over Fremantle to get their bid for a spot in the finals back on track but they must back that up as they face Carlton. The Blues were unable to make it three games in a row in their latest outing against Collingwood as their own hopes of making the top eight suffered a blow but they are still not out of the reckoning just yet. There is a lot riding on this contest for both teams and with both teams averaging under 65 points per game across the season, a nervy encounter is in store that produces no more than 130 points.