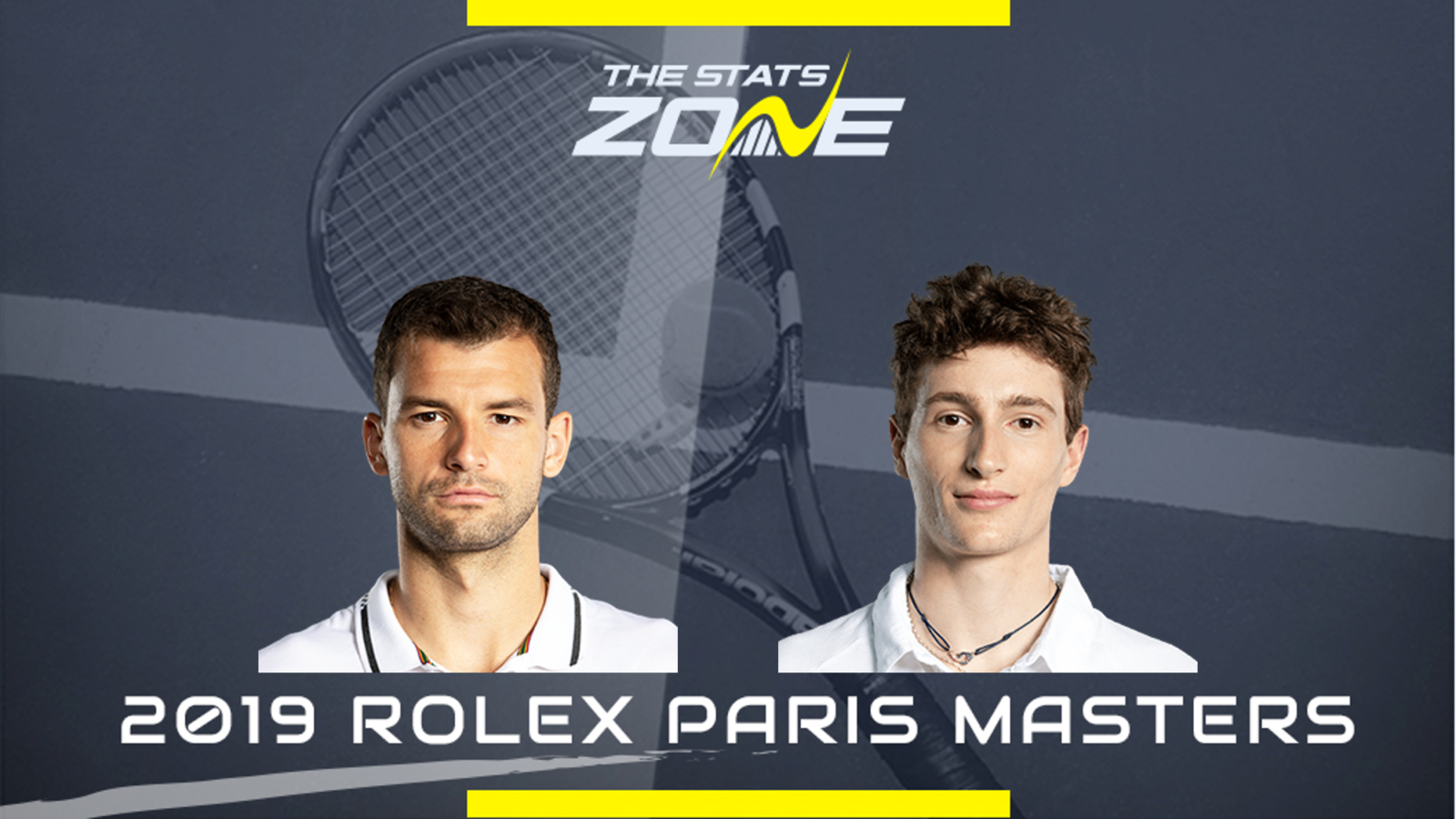 When is Grigor Dimitrov vs Ugo Humbert on and what time does it start? Monday 28th October, 2019 (UK)

What channel is Grigor Dimitrov vs Ugo Humbert on? This match will not be televised live in the UK

Where can I stream Grigor Dimitrov vs Ugo Humbert? Amazon Prime subscribers can stream the match live via their platform

Where can I get tickets for Grigor Dimitrov vs Ugo Humbert? https://www.rolexparismasters.com/uk#block-generic-core-catalogue

Ugo Humbert may well have won his Challenger event in Brest before coming into the Paris Masters as one of a few French players with some more attention on them than they’re used to. His win over Felix Auger-Aliassime at Wimbledon this year suggests he may enjoy the extra support and pressure, as he beat the Canadian with some swagger. Theoretically he is the underdog against world number 29 Grigor Dimitrov but as always with the Bulgarian it depends which version turns up on Monday. The home crowd can pull Humbert over the line here with plenty more initiative for the youngster.