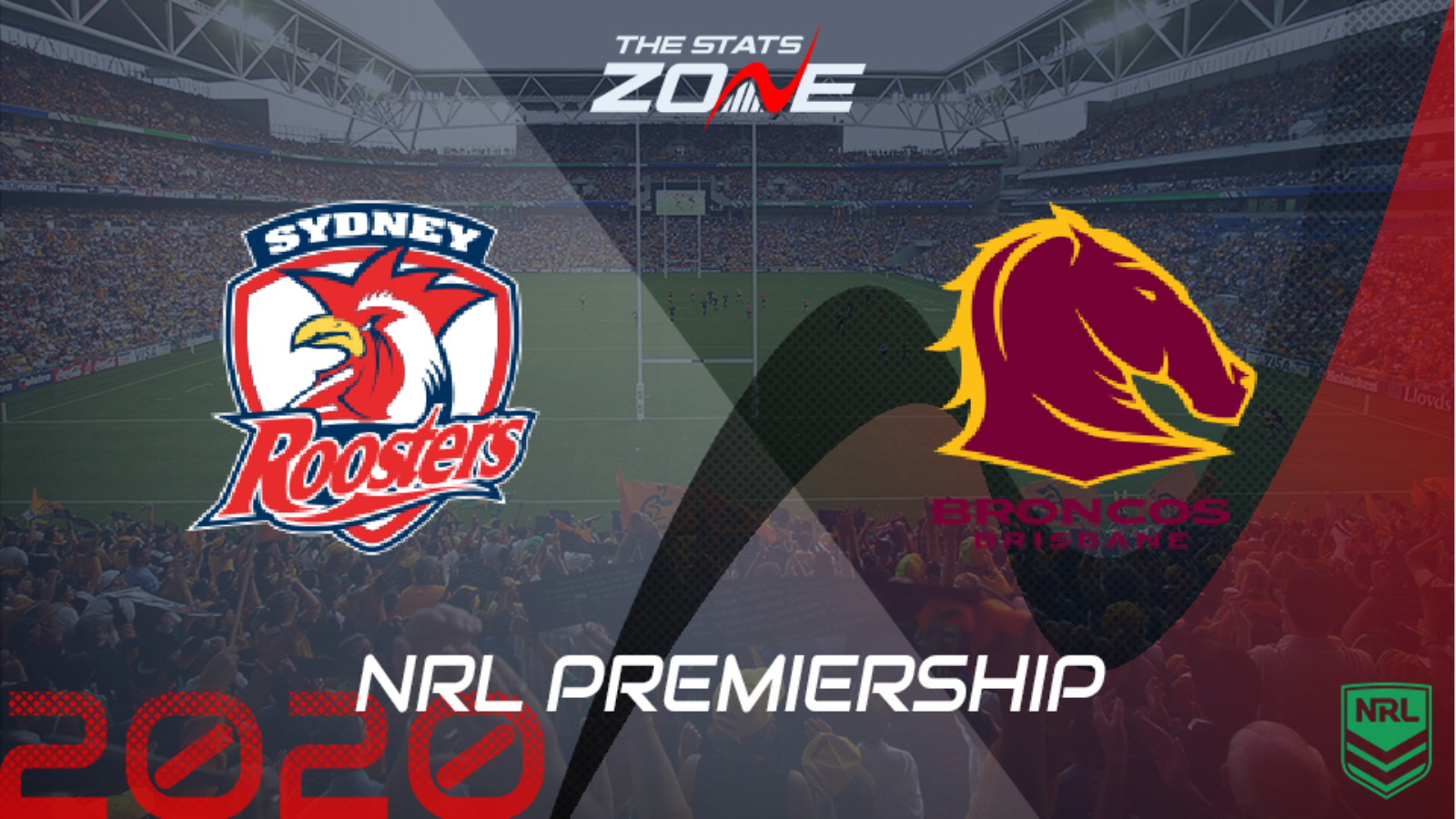 What is the expected weather for Sydney Roosters vs Brisbane Broncos? 13c, clear skies

What channel is Sydney Roosters vs Brisbane Broncos on? Sky Sports Arena will be televising selected NRL games in the UK and you can find their schedule here. For Australian broadcasters, you can find a list here

Where can I stream Sydney Roosters vs Brisbane Broncos? If televised on Sky Sports, then subscribers will be able to stream the match live via Sky Go. Alternatively, the match will be available to subscribers of Watch NRL

Where can I get tickets for Sydney Roosters vs Brisbane Broncos? Click here for ticket information on 2020 NRL matches

It has been another tough week for Brisbane Broncos off the field as they parted ways with head coach Anthony Seibold but it could get worse on it as they take on Sydney Roosters. The Tricolours were impressive as they proved too good for Wests Tigers last week and they will hope to build on that as they look to solidify their spot in the top four. They welcome back two key players this week and with the Broncos once again having to change their halves, it could be a long night for Brisbane with the Roosters capable of winning this by at least 24 points.