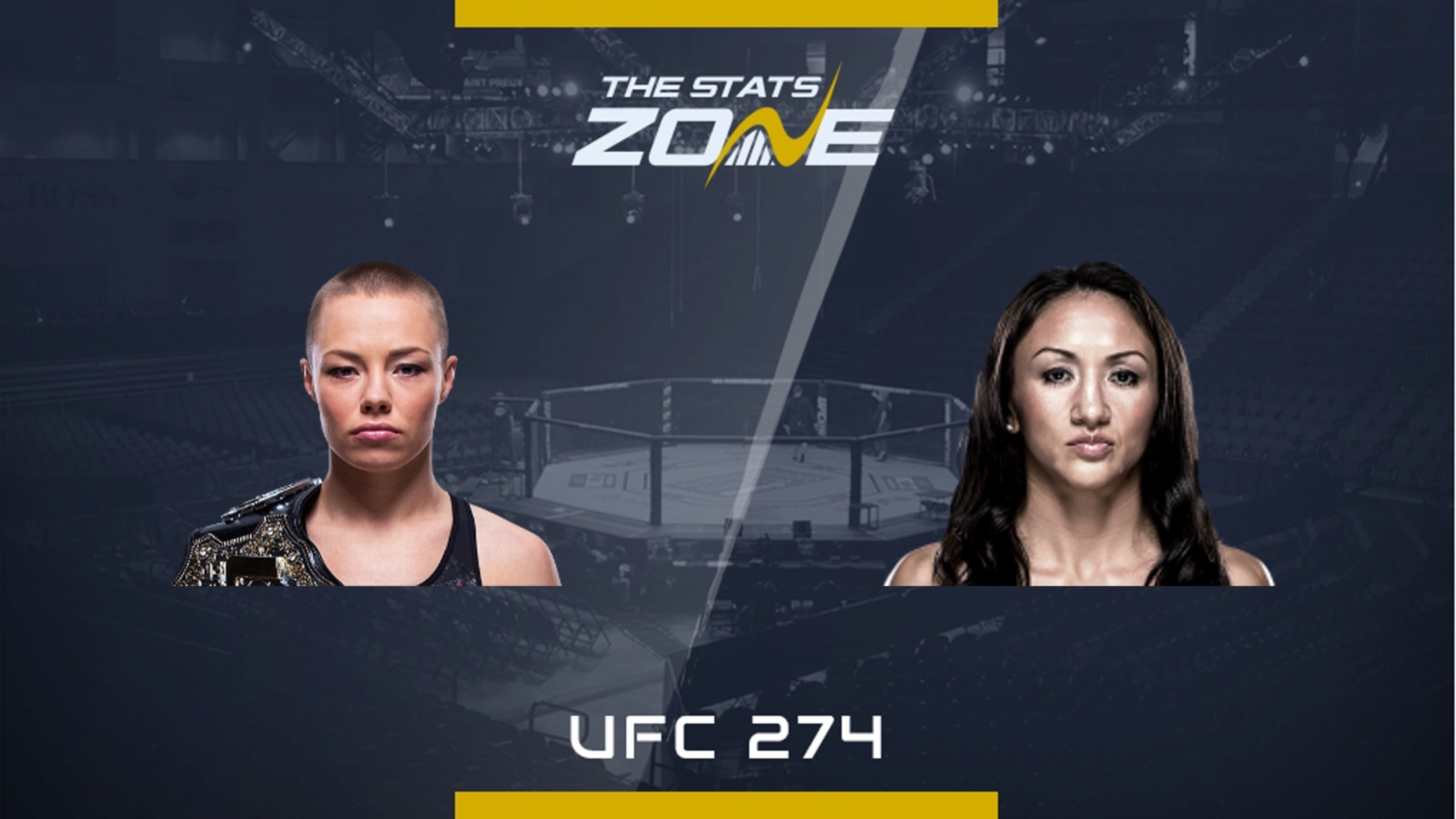 The strawweight crown is back on the head of Rose Namajunas (11-4) as she walks out for her seventh title fight. She won and defended it against Joanna Jedrzejczyk (2017 and 2018) and then lost it after getting slammed by Jessica Andrade (2019). She had another rematch over a year later earning a tight split decision and by that time Weili Zhang was the champion and was lined up for Namajunas’ third shot at gold. Just like the first Jedrzejczyk fight, she pulled off a shock knockout in the first round. That led to yet another rematch where she just about defended the title with a split decision. Now, she walks out for the fifth rematch of her career.

Carla Esparza (18-6) took home the spoils first time around back in 2014 to claim the inaugural strawweight title and win The Ultimate Fighter. She out grappled Namajunas taking her down five times and eventually submitting her in the third round. She has gone 8-4 since and currently riding a five-win streak. She earnt typical decisions over Virna Jandiroba (2019), Alexa Grasso (2019), Michelle Waterson (2020) and Marina Rodriguez (2020) before pulling off a very rare TKO over Xiaonan Yan (2021) paving the way for her first title shot since losing the belt back in 2015 to Jedrzejczyk.

A lot has changed since their first fight, and they have clearly improved tremendously. Namajunas has matured and harnessed her talent to become one of the best strikers we have seen in the division whereas Esparza is more of a one-trick pony, but that trick has elevated to another level.

The obvious question here is whether Namajunas can defend enough takedowns and be a threat off her back to prevent Esparza sticking in top position. We know exactly what to expect from Esparza and Namajunas will be working diligently on a game plan with Trevor Wittman.

Five rounds will suit the champ and she only needs a couple rounds of defending the takedowns and creating enough space to pick Esparza apart from range and break her will just like Jedrzejczyk did back in 2015. Her kicks are one of her most dangerous weapons, but we expect her to take a more of a boxing approach and utilize her footwork to stay out of takedown range for as long as possible.

We fully expect the best version of Esparza, and she is capable of snatching three rounds with her wrestling. However, if the best version of Namajunas shows up, she can make Esparza look like an amateur and the longer this stays on the feet, the more likely that will happen.