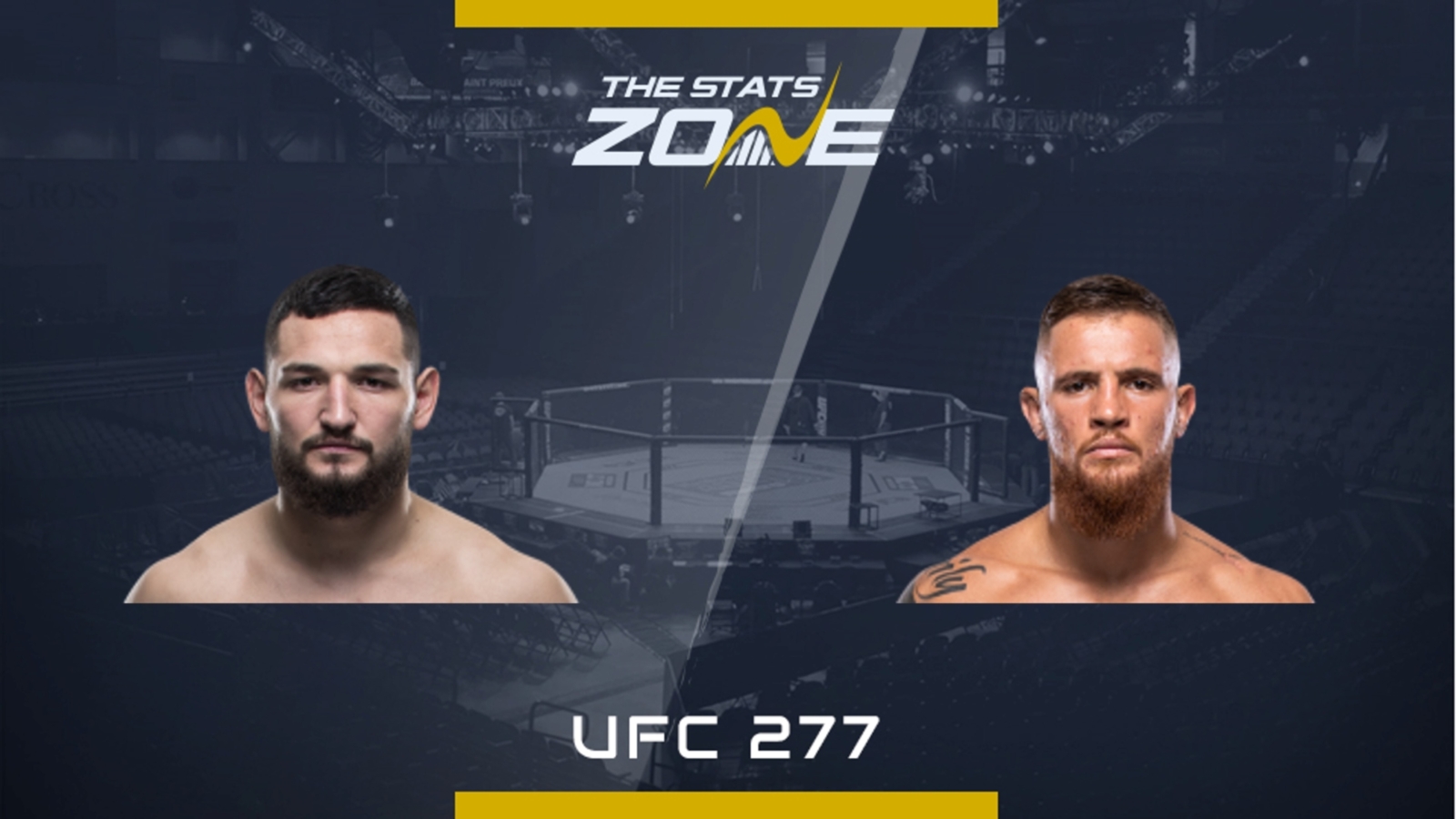 Where can I get tickets for UFC 277? Click here for the latest ticket information for UFC events

Where can I stream UFC 277? BT Sport subscribers can stream the fight live online via the BT Sport website.

After losing on his UFC debut three years ago, Nick Negumereanu (12-1) bounced back in some style and has gone on to win his next three promotional bouts. Coming off of a decision win against Kennedy Nzechukwu, Negumereanu will be in search of another big win at UFC 277 this weekend.

As for his opponent, Ihor Potieria (20-2) will finally make his UFC debut this weekend. Potieria defeated Łukasz Sudolski via first-round knockout in the Dana White’s Contender Series to earn himself an illustrious contract with the UFC. Having not lost a fight since 2017, Potieria is hoping to produce a quality performance on his promotional debut.

Heading into this weekend’s light-heavyweight bout, despite Ihor having the height advantage, Negumereanu will have the edge in the reach department.

It will be interesting to see which Negumereanu shows up this weekend as there are a few who believed he lost his last fight. With 16 out of his 20 wins coming via stoppage, Potieria is always wanting to put on a show for the fans. From the off, we suspect that Potieria will come out guns blazing, which may provide counterstriking opportunities for Negumereanu, and he may be able to also land a few takedowns. However, should Potieria manage to stay switched on and keep the fight on the feet, he will be able to land the bigger blow and maybe even sneak in a finish.