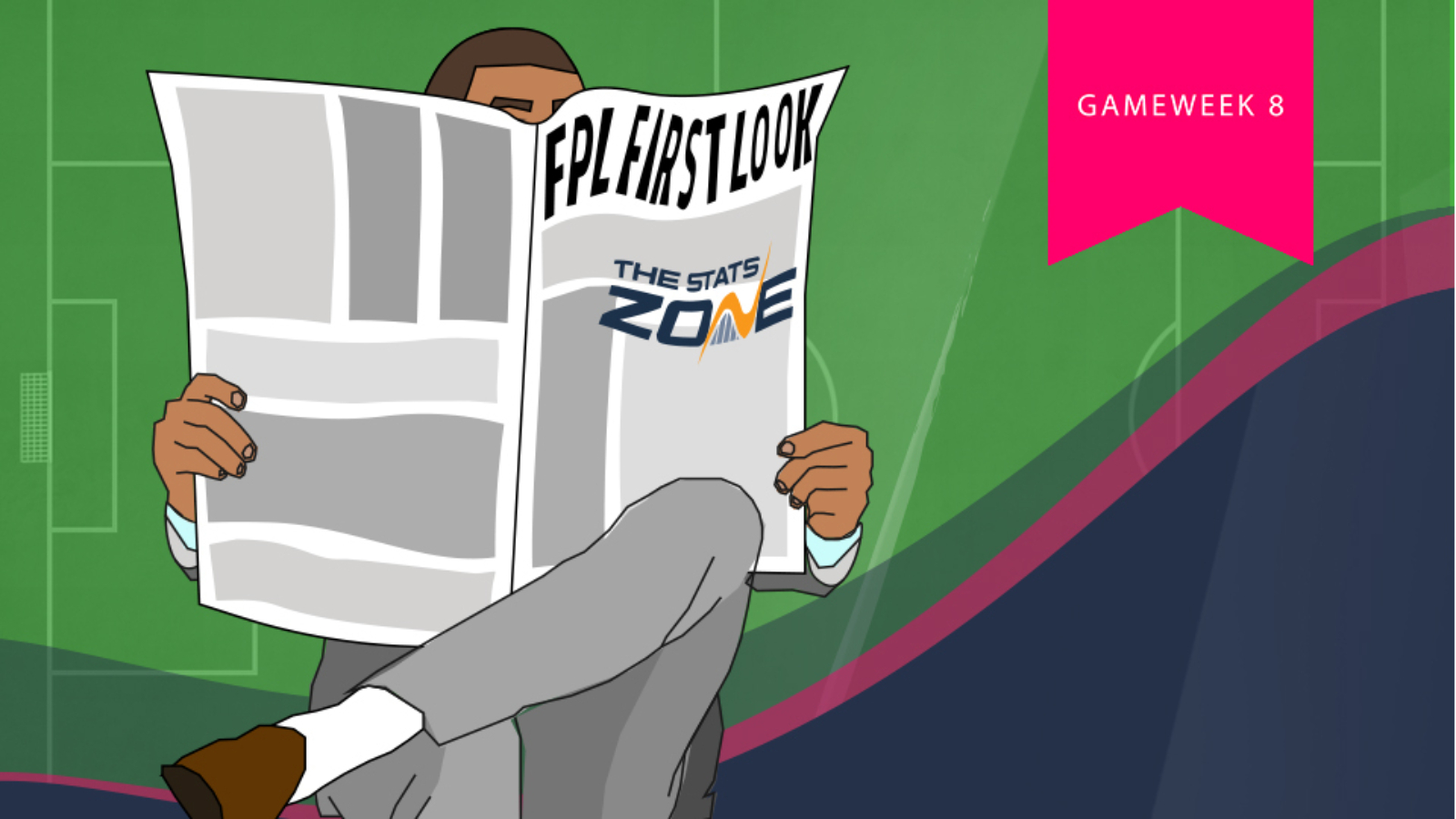 There are few things certain in life – death, taxes and Kevin De Bruyne (£10.0m) providing an assist at some point during an FPL gameweek. The Belgian recorded two more during the 3-1 win away to Everton, taking his tally for the season up to nine.

De bruyne the king of assist #KDB #FPL welcome to my team #GW7 is essential pic.twitter.com/5rVu10xyQ5

At his current rate, De Bruyne will end up with 49 assists over the course of the season and absolutely smashing the current record which, for those interested, is held by Arsenal’s Thierry Henry who registered 20 assists in the 2002-03 season. At the rate De Bruyne is going it’s a record he will pass in GW17 when City travel to – you guessed it – Arsenal.

The record holder for most assists in a single Premier League season is Thierry Henry, with 20 assists. (2002-03)

Outside of De Bruyne (who is now an injury doubt), it’s becoming increasingly more difficult to know which City players to own from week to week. Last week’s hat-trick hero Bernardo Silva (£7.9m) was benched in favour of Raheem Sterling (£12.1m) who, despite scoring, still looked to be a little off the pace.

Sterling owners... what we doing??

Mahrez on fire 🔥
Bernardo too good to bench?

Sergio Aguero (£12.2m) was also a surprise omission after not seeing any action in the midweek Carabao Cup tie. Gabriel Jesus (£9.5m) rewarded the manager’s faith with a goal and Aguero at least managed 24 minutes and an assist for his FPL owners. The main takeaway from City assets is perhaps to not get too down if your player is dropped for the occasional gameweek. Despite Pep openly rotating his side, Aguero is still the top-scoring forward, while Man City midfielders take up five of the top nine scoring midfielders, illustrating their value even if they don’t play every week.

Away from Man City, Liverpool churned out another victory, this time securing a 0-1 away win against Sheffield Utd. It was the club's second clean sheet of the season and a welcome one at that for FPL managers who still own Trent Alexander-Arnold (£7.2m), Andrew Robertson (£6.9m) and Virgil van Dijk (£6.5m).

The win highlights a growing trend this season for the club as the last two matches have now seen the side grind a victory out as opposed to blowing them away. While obviously fantastic news for fans of the club, it has left FPL managers in a little bit of a quandary over what to do with the likes of Mo Salah (£12.5m) and Sadio Mane (£11.6m).

Neither have now found the net in the last two games and while that may seem like a fairly premature statistic, the last time Liverpool went two games without either Salah or Mane scoring was GW14 and GW15 of last season – when Mane didn’t play in GW15.

Smudge listening intently to what went wrong with Salah and Mane 🤷🏼‍♀️

How you feeling after that game?? #FPL pic.twitter.com/MrFSWz0y49

Liverpool are set to play Leicester next week, a game that starts a sequence of tough-looking fixtures for the Reds whereby they play Spurs, Man City as well as away to Man Utd. While it is unlikely many FPL managers will be transferring either Mane or Salah out of their squads prior to the international break, another weekend in which neither scores could result in decisions to be made over the following two weeks – particularly given the form of Man City.

3. LEICESTER THE REAL DEAL UNDER RODGERS

Meanwhile, Leicester continued their impressive form under Brendan Rodgers as they dispatched a poor Newcastle side 5-0. Jamie Vardy (£8.9m) ended his mini-baron run with a brace, while premium defender Ricardo Pereira (£6.0m) scored his second goal in as many matches.

After a trip to Anfield in Gameweek 8, Leicester have a glorious run of nine fixtures where they face just one - Arsenal at home - of last season’s top six.

Boasting the joint best defence in the league (along with Liverpool), a potential double or even triple-up on Leicester assets may be a wise move. At the back, the previously discussed Pereira is the standout premium option, whereas Caglar Soyuncu (£4.6m) offers excellent value for those wanting to spend their budget elsewhere.

They have a great run of fixtures! ✅ #FPL

Further forward beyond the obvious in Jamie Vardy, James Maddison (£7.1m) and Youri Tielemans (£6.4m) are the standout options. Though currently injured, Maddison is expected back by next week and the two are the only current Leicester midfielders that would appear to be guaranteed starters each week. There price tag is also fairly reasonable and handily falls into that troublesome £6.0m - £7.0m midfielder price bracket, where currently only Mason Mount (£6.7m) – who returned attacking points again in Gameweek 7 – seems like a viable option.

A popular pick at the start of the season, Chris Wood (£6.2m) was an unmitigated flop to start the campaign, registering no attacking returns and just eight points in the opening five gameweeks of the season. During that baron stretch, it was his strike partner Ashley Barnes (£6.6m) scoring all the goals, with four strikes in the opening three matches. Barnes’ form has dried up in recent weeks but the mantle has been taken over by his strike partner who now has three in his last two appearances.

Wood is finally showing the form he provided pre-season, when he scored nine goals in addition to registering one assist. Burnley are set to face Everton at home in GW8, a fixture in which Wood has two goals in his two starts against the Toffees.

After their extremely slow starts to the season, in the last couple of weeks premium defenders have begun to show their worth. Liverpool kept their second clean sheet of the season this week, while both Ricardo Pereira and Matt Doherty (£6.0m) scored in addition to recording a shutout. For Pereira, it was his second goal in as many weeks and he now sits as the top-scoring defender in FPL, with fellow premium asset Trent Alexander-Arnold at number two. In fact, five of the top 10 defensive scorers are now occupied by premium defenders.

SCOUT: Only 13 midfielders/forwards have registered more #FPL points than the highest-scoring defender (Ricardo Pereira) of 2019/20 pic.twitter.com/YrAX3bawgC

The advantage to owning a premium defender in the long-term over their cheaper counterparts is for their attacking outlay. Their hefty price-tag is generally due to the fact they regularly score attacking returns in addition to keeping clean sheets. This means that double-digit point totals are only ever just around the corner as all it takes is one of these attacking returns to coincide with the team not conceding.

Doherty gets 15pts in GW7, more than he scored in the first 6 GWs combined#FPL pic.twitter.com/HGVhIZN02m