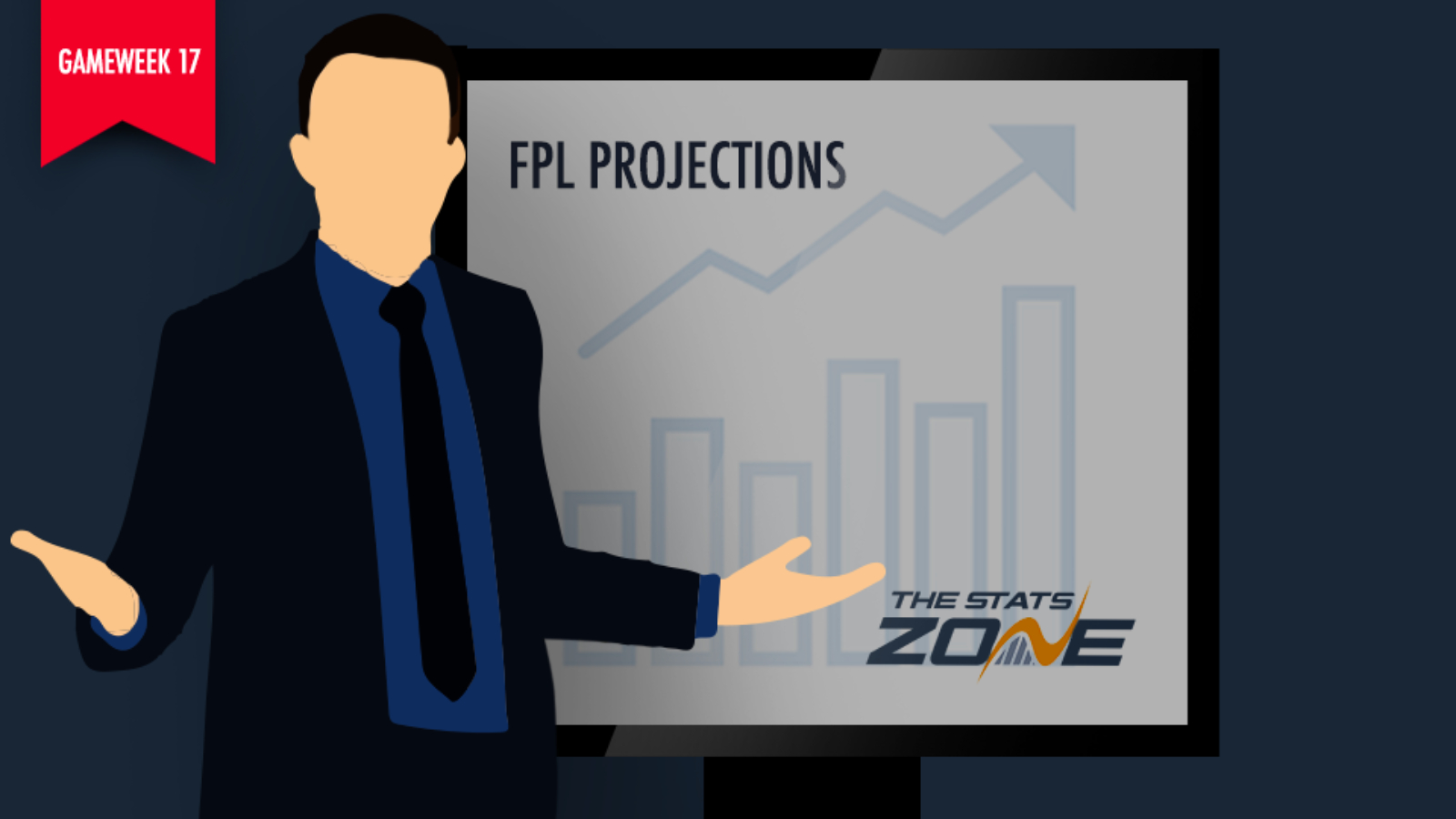 It was a frustrating weekend of rotation, yellow cards and under-performing FPL assets which saw the optimum squad bring in only 54 points – almost half of which came from captain Jamie Vardy (£10.1m). Whilst it was right to avoid Trent Alexander-Arnold (£7.3m) and his initial place on the bench, the team was amongst the 40%+ ownership who had to watch Sadio Mane (£12.3m) miss the whole of Liverpool’s 3-0 win at Bournemouth. Virgil van Dijk (£6.4m) brought in a rare clean sheet for the league leaders.

There were no such returns for goalkeeper Dean Henderson (£4.7m) or defenders Ricardo Pereira (£6.5m) and James Tarkowski (£5.1m) – the latter lost 5-0 at Spurs which, luckily for the optimum squad, included a goal and assist from Heung-Min Son (£10.0m). As Man City failed to find a late equaliser in the Manchester derby, Kevin De Bruyne (£10.2m) received a booking to worsen his run of no assist in six matches. James Ward-Prowse (£5.9m) also got carded, although Christian Pulisic (£7.4m) reached the dizzying heights of two points by avoiding a card in Chelsea’s 3-1 defeat at Everton. This was followed by Lys Mousset (£5.1m) limping off for Sheffield Utd. Then, when all looked lost, Vardy netted a brace at Aston Villa to score in his eighth successive match. 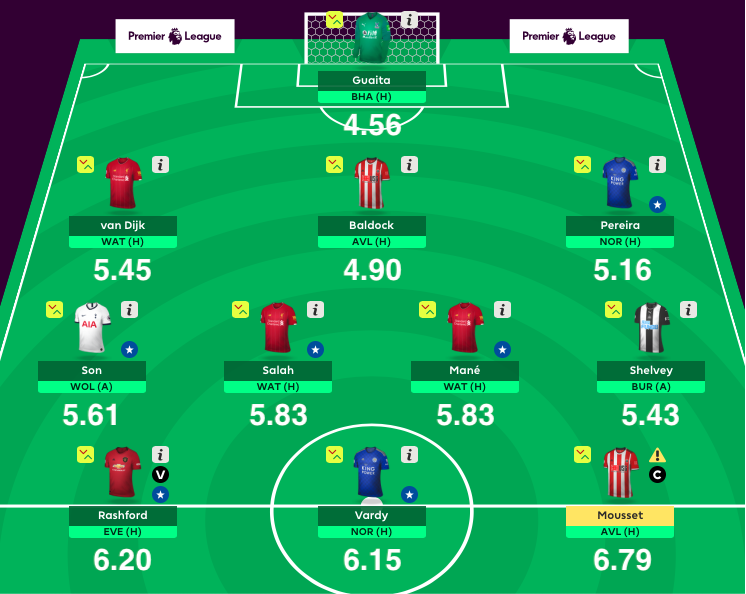 This year’s FPL Cup begins at the weekend, with the optimum squad’s 54 points just about enough to reach the top 4,194,304 of Gameweek 16 scores. A 3-4-3 formation is chosen here, putting Vicente Guaita (£5.1m) between the sticks after a run of three clean sheets brought in 26 points. Rivals Brighton provide the next opponents and, although a fourth is fairly conceivable, the Seagulls have scored in eight of their last nine games. Leicester’s Pereira is the game’s highest-scoring defender and makes the cut again for the hosting of Norwich. Before his blank at Aston Villa, the attacking right-back had scored at least six points for six games in a row.

Managers trying to second guess Jurgen Klopp may fear that it’s Andrew Robertson’s (£7.1m) turn to be rested, considering they’re eight points clear at the top and host bottom-placed Watford. With that and Alexander-Arnold’s rotation in mind, Van Dijk is chosen as the safest route for Liverpool defensive coverage. His two goals against Brighton add to the appeal. Another defender finding the net of late is George Baldock (£4.7m), who also assisted during his 14-point haul at Norwich. For the season, he has just seven points fewer than this year’s FPL star, teammate John Lundstram (£5.1m).

As most players have committed to either Team Mane or Team Salah, the algorithm has selected both for the Watford game. Salah’s troublesome ankle injury made him sit out three of seven matches, blanking in two more as Mane accumulated four goals and four assists in that time. The Senegal international set up Naby Keita (£5.8m) upon both of their returns to Red Bull Salzburg, before Mo Salah (£12.2m) scored from a very tight angle.

Two goals in two games hints that Salah is ready to shine again, putting a difficult autumn behind him. Not that Watford are as bad as the league table suggests, improving defensively since Gameweek 8 brought their first clean sheet of four. Surprisingly, 12 teams have conceded more shots than them this season – data that includes the 28 they faced in their 8-0 demolition at Man City. It will still take a brave player to back against the stars ranked 4th and 5th in this year’s Ballon d’Or.

Jose Mourinho seemed to have gotten more miserable with age, but he clearly has a soft spot for a player his kids labelled ‘Sonaldo’ even before Saturday’s wonder goal. “I am in love with that guy!”, he declared. And it’s easy to see why, as Son has three double figure returns in four matches. Players like him, Vardy, Richarlison (£7.8m), Danny Ings (£6.3m), Marcus Rashford (£8.9m) and Dele Alli (£8.7m) have found some brilliant form of late, yet surely no purple patch is as baffling as that of Jonjo Shelvey (£5.1m). More of a squad player over the past 18 months, the Newcastle midfielder has been given a run in the team and duly scored in three consecutive games – with another against West Ham shortly beforehand.

Simply put, it’s one of those weekends where whittling down the number of enticing home captaincy options is tough. A Liverpool man versus Watford is tempting, as is Tammy Abraham (£7.9m) against a hopeless Bournemouth and Vardy facing Norwich. The latter is trying to break his own Premier League uninterrupted scoring streak record and tops many attacking statistics – most goal attempts, most big chances and most shots on targets in the past four gameweeks.

Yet the algorithm has handed the armband to Mousset ahead of the Aston Villa clash. The cheap striker scored four times and set up three more between Gameweeks 9 and 14, although he was rotated for the Newcastle defeat and withdrawn after 64 minutes at Norwich. Manager Chris Wilder played down injury fears, saying: “He will be okay. He didn't train much late on in the week, which was disappointing, but he'll be fine.” Completing the line-up is Rashford, hoping that Everton’s post-Marco Silva bounce both started and ended with their 3-1 win over Chelsea. 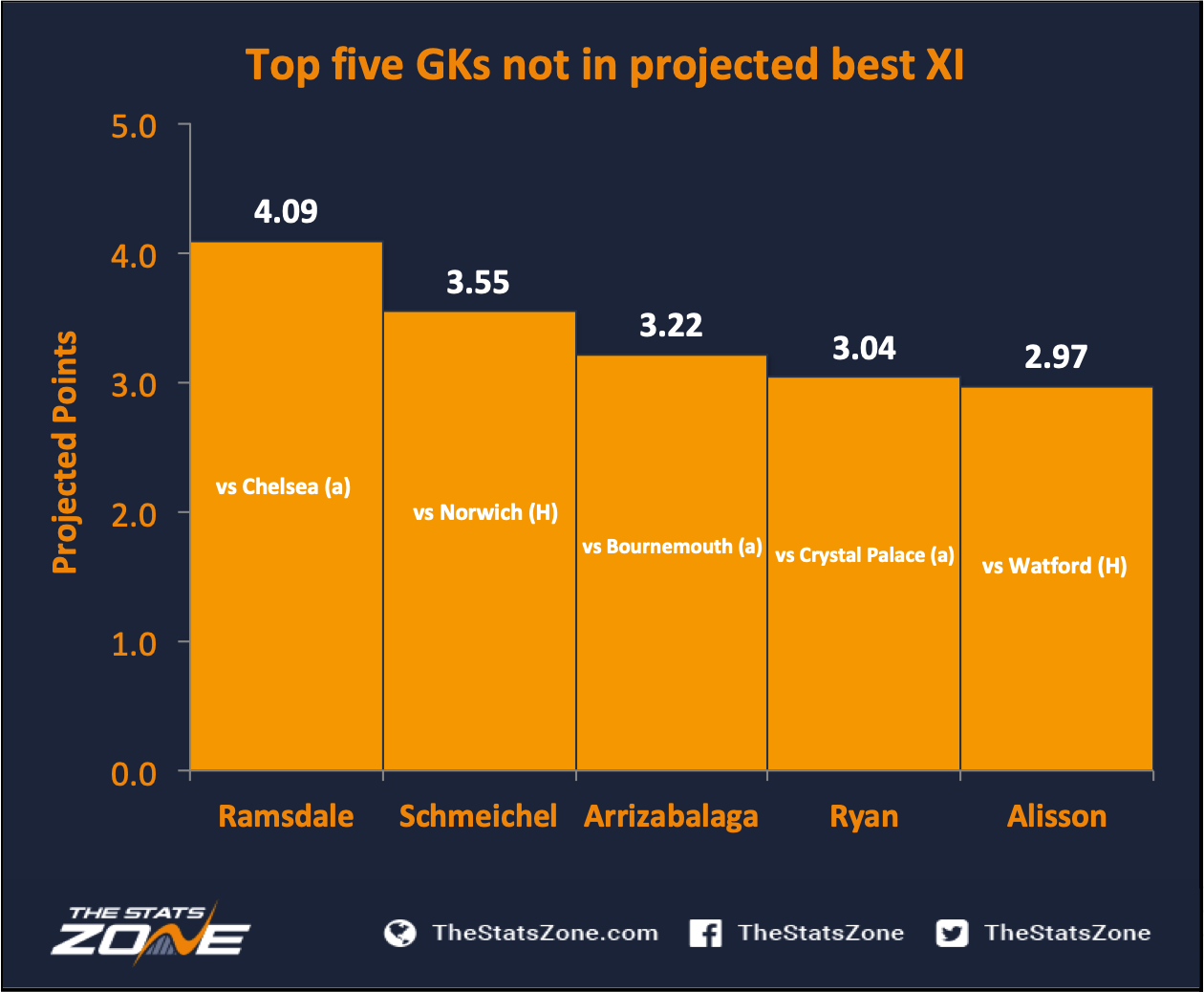 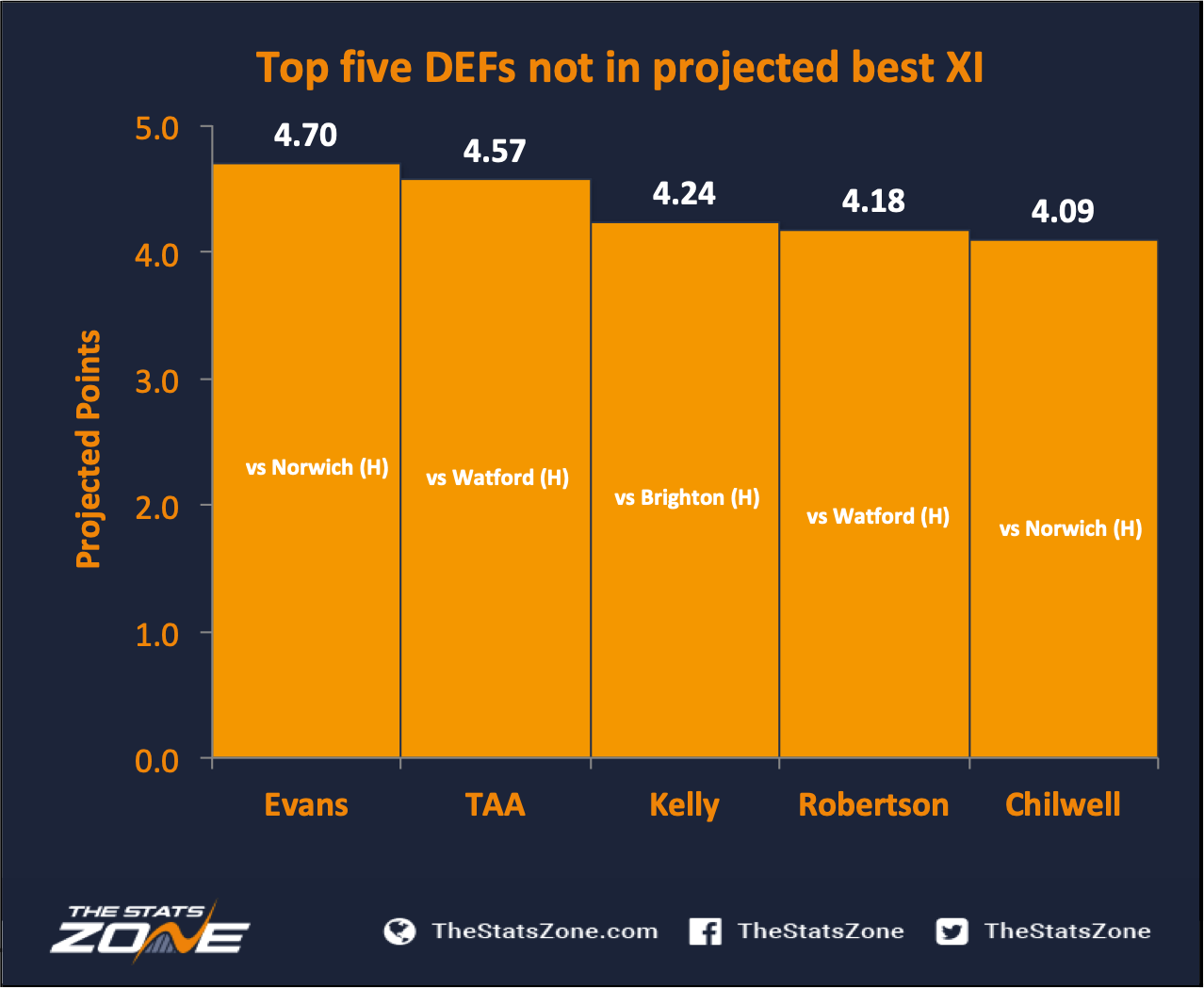 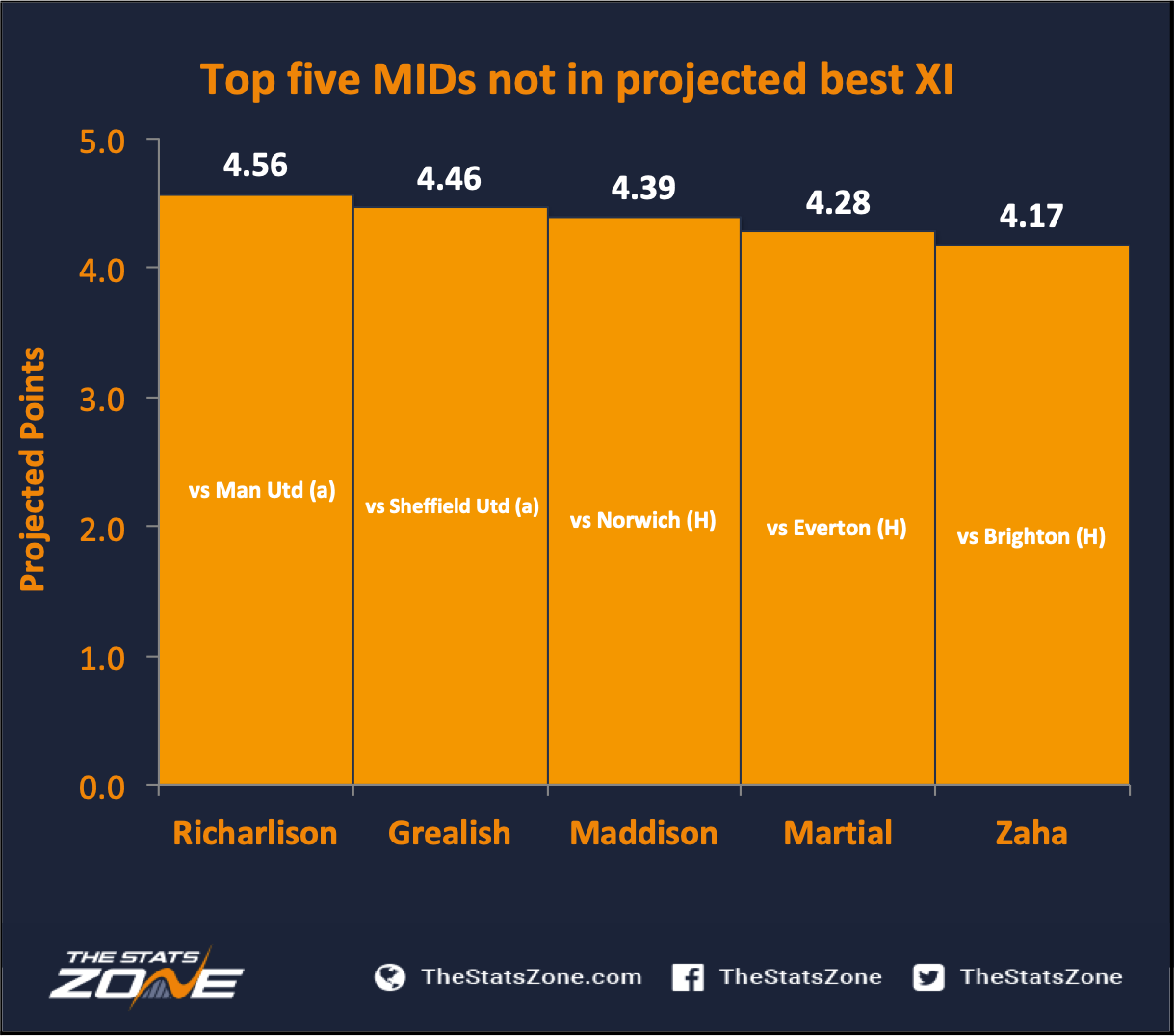 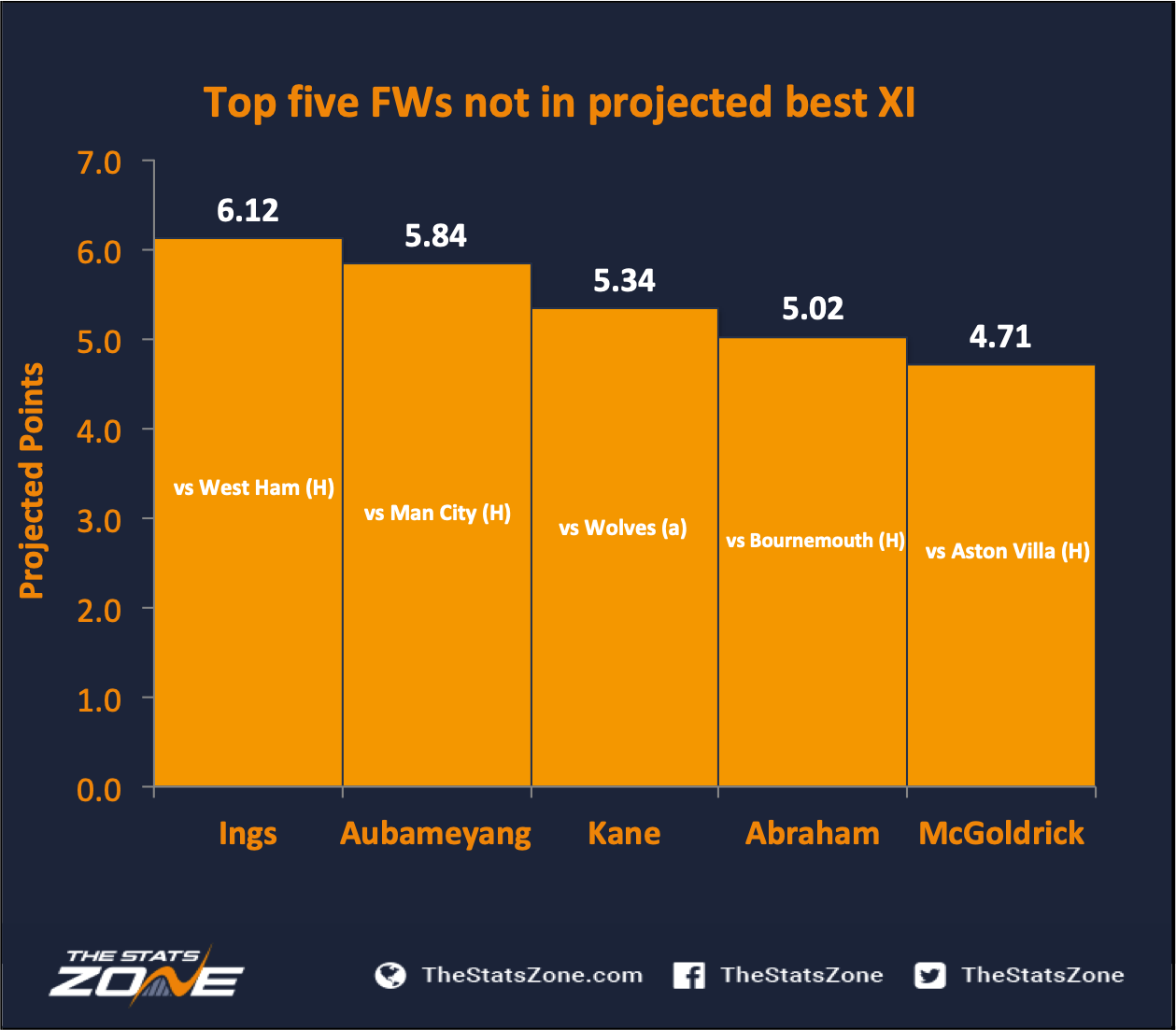