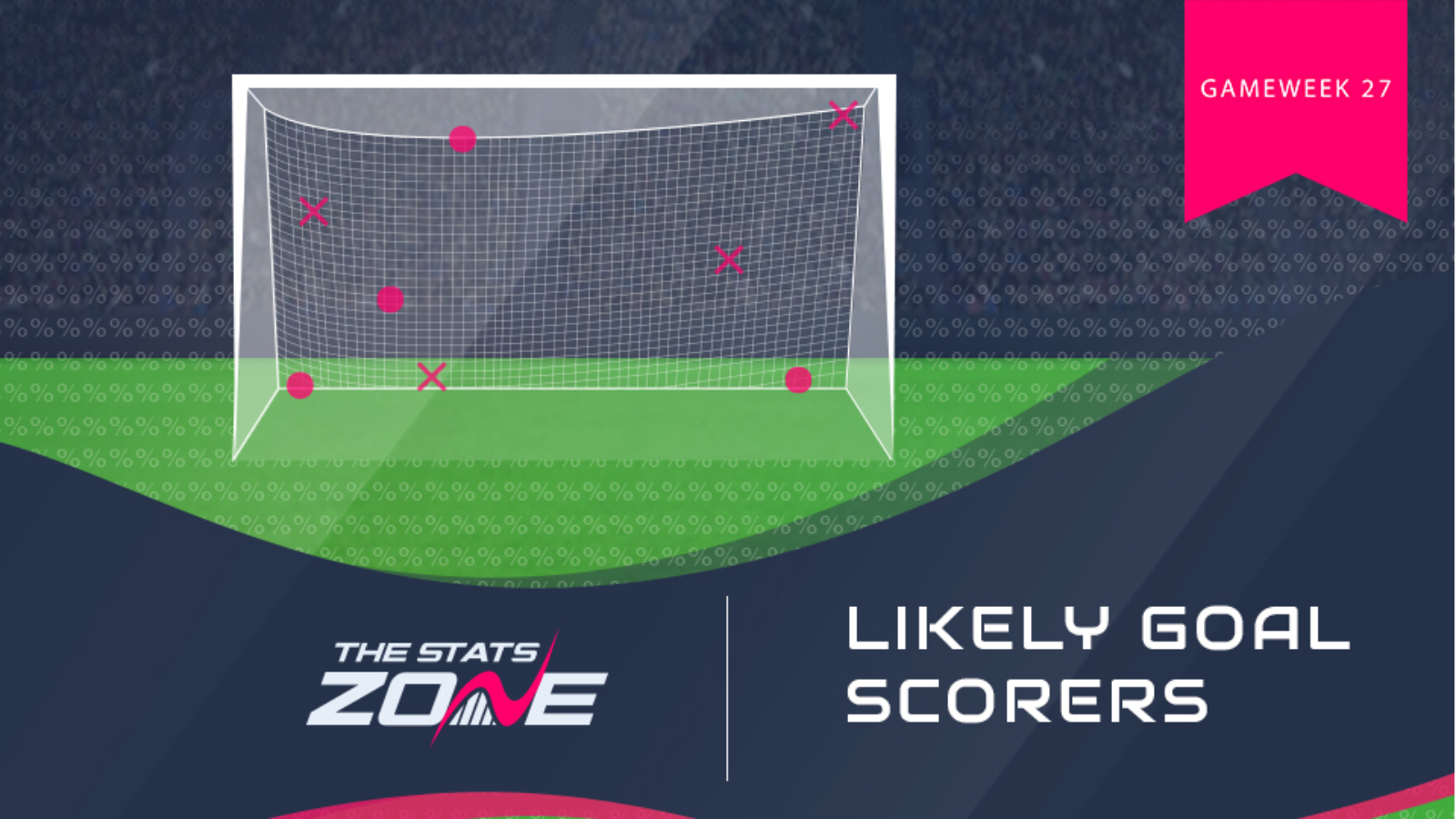 Ahead of GW27, we take a look at which players have the best chance of scoring in the upcoming fixtures. 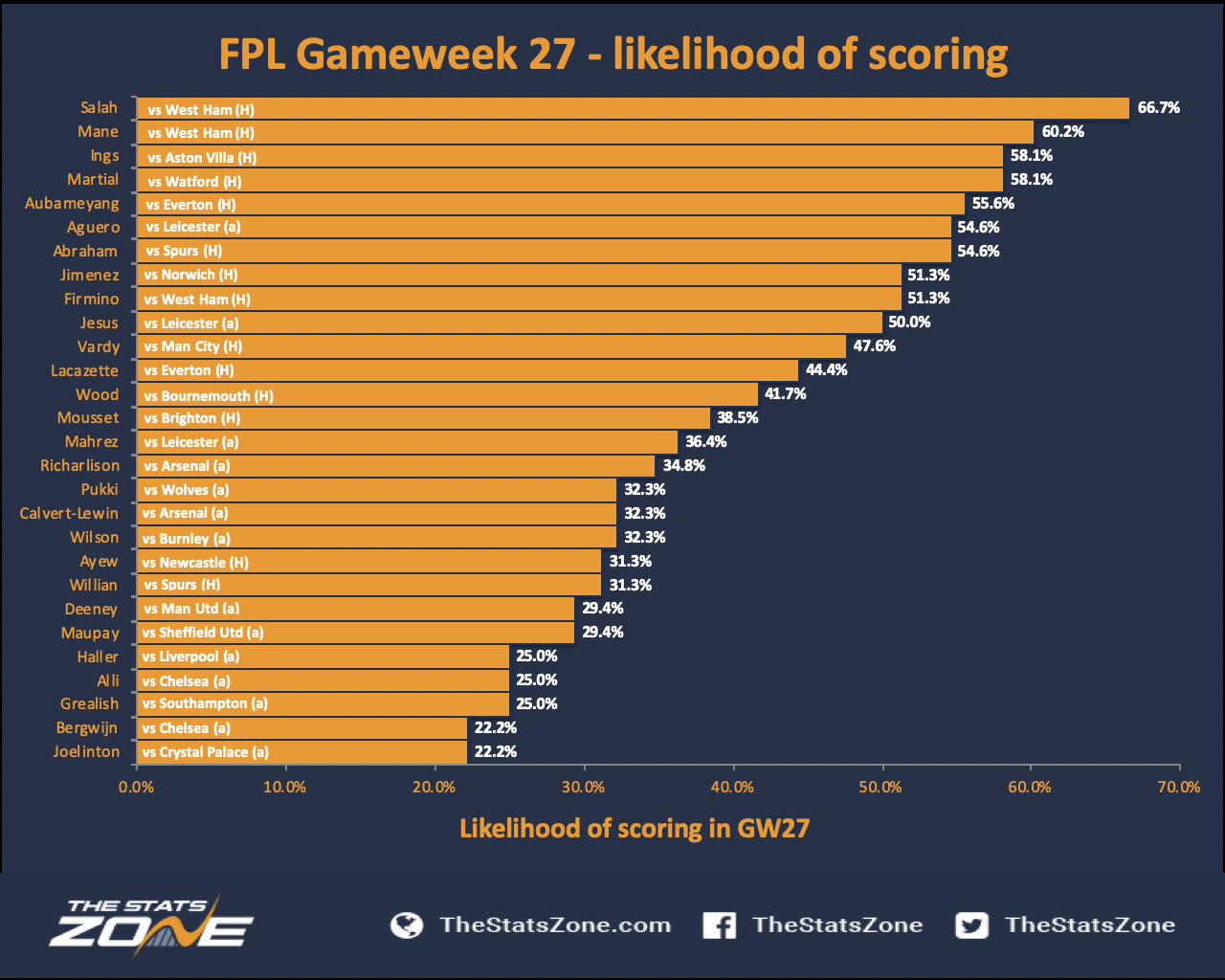 With 12 of his 14 Premier League goals so far this season coming at Anfield, it's no surprise that Liverpool's Mohamed Salah (£12.8m) tops our projected likely goalscorers chart ahead of the Reds' Gameweek 27 match at home to West Ham. Salah accrued 14 FPL points against the Hammers in the reverse fixture between the two sides, scoring a penalty and registering an assist. Liverpool have scored ten times in their last three home Premier League games against West Ham and Salah is afforded a 66.7% chance of getting on the scoresheet once again here.

Coming in just behind Salah is teammate Sadio Mane (£12.2m). The Senegalese star marked his return to action following a muscle injury with the winner off the bench in Liverpool's 0-1 win over Norwich in Gameweek 26. Expected to start in Gameweek 27, Mane has scored four goals in his last three league appearances against West Ham and his chances of finding the net again here are projected at 60.2%. Behind the two Liverpool men come Man Utd's Anthony Martial (£7.9m) and Southampton's Danny Ings (£7.1m), with both men given a 58.1% chance of scoring against Watford and Aston Villa respectively. Rounding off the top five is Arsenal captain Pierre-Emerick Aubameyang (£10.8m) after the Gabonese international scored his 15th Premier League goal of the season against Newcastle in Gameweek 26. Aubameyang is afforded a 55.6% chance of scoring at home to Everton in Gameweek 27.