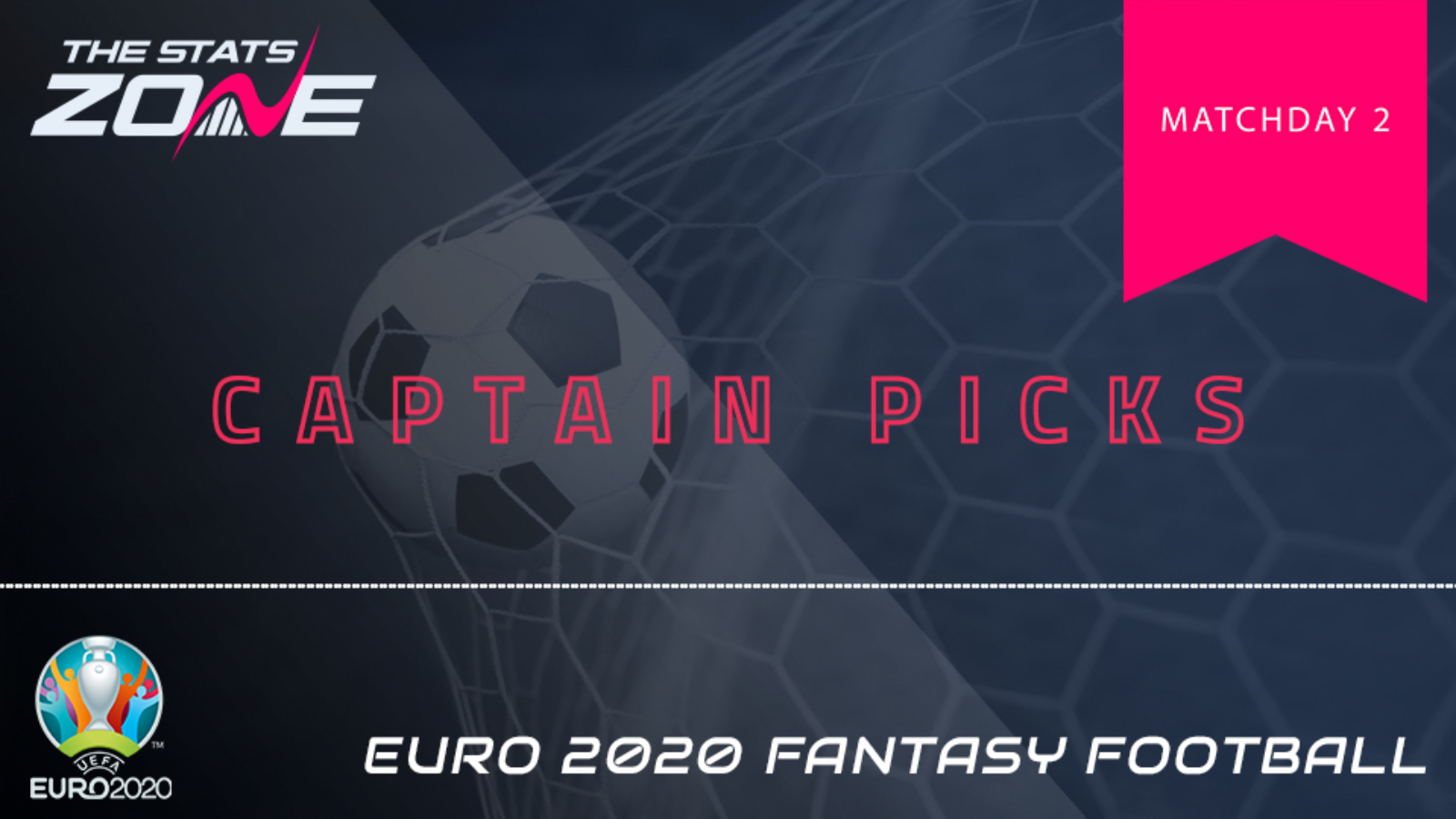 With the first set of games having now been played, we take a look at one captaincy option from each of the four days that take place during Matchday 2.

Hear us out here. While the temptation was to go for either Ciro Immobile or Lorenzo Insigne for the opening day of Matchday 2, the fact that there will be three more opportunities to nail the captaincy following Wednesday's games means that EURO Fantasy managers can afford to take a bit of a risk early doors, if you can even call Leonardo Spinazzola (€5.5m) a risk. The marauding left-back gave his best impression of a prime Marcos Alonso (one for you FPL players) against Turkey on Matchday 1, as he was frequently to be found in dangerous positions. Indeed, his attacking endeavours were rewarded with an assist and nine points in the opener and a similar performance against Switzerland could see him produce another haul for his grateful owners.

I like to kneejerk through international tournaments. Spinazzola is currently my favourite player in the world.

If Spinazzola doesn't work out for you, fear not, as you could find yourself in the capable hands of Romelu Lukaku (€5.5m) if you are one of the 52% of managers who own the prolific Belgian. A brace against Russia on Matchday 1 was just reward for the many who put faith in the Internazionale striker from the get go, and you wouldn't bet against further Fantasy returns against Denmark. The former Everton and Man Utd frontman's strike-rate at international level has been outstanding in recent years, with his last 19 appearances in national colours yielding an eye-boggling 22 goals. He loves multiple goals in a game too, as he has scored at least twice on 19 separate occasions for Belgium, which includes two hat-tricks. A safe option, but a great option.

Harry Kane (€11.5m) owners were left disappointed after a relatively quiet display in England's narrow win over Croatia but the Spurs striker could be in-line for better fortunes against a vulnerable-looking Scotland outfit who were undone by Czech Republic last time out. With three points already in the bag, the pressure will have eased a little in the Three Lions camp and that could fall in Kane's favour should he be offered more opportunities on Matchday 2. A more expansive approach is expected from Gareth Southgate's men as they look to send a message to the other favourites for the EURO 2020 title and Kane, as always, will be hungry for goals.

Although he only came away with two points on Matchday 1, it could have been so much more for Kylian Mbappe (€12.0m) against Germany had it not been for the intervention of VAR, which saw him lose out on both a goal and an assist. Be that as it may, his electric performance was an encouraging one for those Fantasy managers including the French star in their Matchday 2 squads, especially as Group F whipping boys Hungary (harsh but true) are the opponents. The reigning World Cup holders will be looking to flex their muscles and seal qualification to the knockout stages in style on Saturday, so if you're still looking for a EURO Fantasy skipper at this stage of the matchday, Mbappe is the man to spare your blushes.