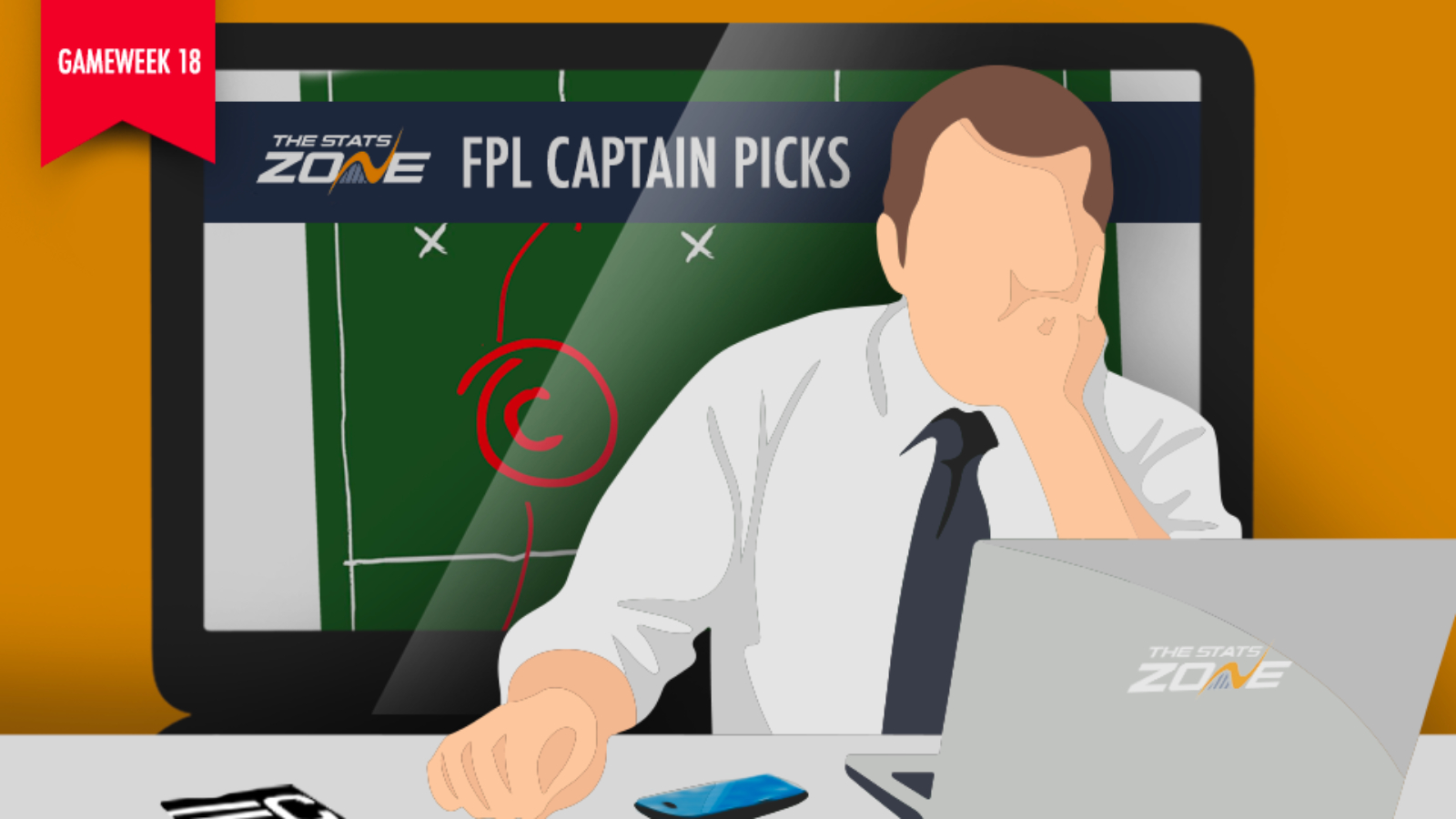 It was a weekend of frustration for many FPL owners over the weekend in regards to their captains. Those expecting monstrous hauls from the likes of Jamie Vardy (£10.1m) and Sadio Mane (£12.2m) were left frustrated as the two most captained players of Gameweek 17 only brought in 5 and 6 FPL points respectively despite enticing home fixtures against sides in the relegation zone. Meanwhile, Frank Lampard's Chelsea fell to their second 0-1 home reverse in their last three games at Stamford Bridge, this time against Bournemouth with Tammy Abraham (£8.0m), Mason Mount (£6.5m) and Christian Pulisic (£7.4m) all drawing blanks against the Cherries. In his one-man mission to keep Southampton safe from relegation, Danny Ings (£6.4m) also failed to find the net against West Ham despite hitting both the bar and the post, whilst also having a goal disallowed somewhat controversially.

How on earth is this disallowed? Defender spins on the ball on the edge of the box, Ings poached and scores a worldie. Ridiculous to disallow that! #SaintsFC https://t.co/WMrk2FGiSw

It wasn't all misery though, as everyone's favourite 'defender' John Lundstram (£5.2m) picked up an assist and clean sheet in Sheffield Utd's 2-0 win over Aston Villa. An old favourite also reared his head, as Mo Salah (£12.2m) outshone Mane, scoring twice in Liverpool's 2-0 win against Watford. This proved to be the death knell for many active managers competing in the FPL Cup, with Salah a popular captain amongst dead teams. With the Reds competing in the FIFA Club World Cup over the next week, they along with West Ham will not be involved in Gameweek 18. So, with Liverpool assets off the table, let's take a look at the best captaincy options available ahead of Saturday's 11.30am deadline.

Despite a rare blank for Man Utd's top goalscorer against a resurgent Everton last weekend, owners of Marcus Rashford (£9.0m) will be licking their lips at the prospect of the England international getting his teeth stuck into last-placed Watford. With seven goals and three assists in his last nine games, Rashford has established himself as one of the most in-form forwards in the Premier League at present.

Rashford has found the net in three of his last four away league matches for the Red Devils, accruing 31 FPL points in the process. This bodes well for anyone entrusting him with the captaincy against Watford. The Hornets will be playing their first home game under new manager Nigel Pearson and will be under pressure to attack from an expectant home crowd. This could bode well for Rashford, who operates best when given space on the counter attack.

Spurs have enjoyed a recent renaissance under new manager Jose Mourinho and at home, forward Harry Kane (£10.9m) appears to have returned to his destructive best. He has four goals in three games from all competitions at the Tottenham Hotspur Stadium under Mourinho, including an assist in their 5-0 demolition of Burnley which saw the England international accumulate 16 FPL points. Kane has two goals in his last two home matches in all competitions against Gameweek 18 opponents Chelsea, who are yet to keep a clean sheet away from home in the Premier League this season.

Kane's never been one to give up the golden boot easily. Still the best and most complete striker in the league for me. 7 goals behind Vardy... Next 4: Chelsea (h), Brighton (h), Norwich (a), Southampton (a) #FPL https://t.co/1F3XphPH3U

Thus we arrive to our weekly captains pick dedicated to the one and only Jamie Vardy (£10.1m). Despite facing a tough fixture away at Man City in Gameweek 18, the statistics make it almost impossible to rule out the Leicester forward as a serious option for the armband. He is the highest scoring FPL player, with 11 goals in his past nine games after all. Man City have kept only three league clean sheets at home this season and their injury-plagued defence tend to struggle against pacy attacking players, with the likes of Rashford and Adama Traore (£5.2m) having enjoyed recent success at the Etihad Stadium. This should suit Vardy's playstyle as he looks to run onto the through balls sent his way by the likes of James Maddison (£7.8m) and Youri Tielemans (£6.6m).

Aston Villa talisman Jack Grealish (£6.2m) suffered frustration in Gameweek 17 after missing a penalty away at Sheffield Utd, which not only extinguished any hopes of his side getting anything from the game, but also meant that he failed to return a single FPL point for the managers who had brought him into their teams.

Jack Grealish 🏴󠁧󠁢󠁥󠁮󠁧󠁿 Fixtures: SOU, NOR, wat, bur TSB: 8.7% Value: 6.1 Villa's captain has been looking good recently, a constant threat in attack with a couple of goals to his name. Don't let the penalty miss in GW17 put you off, his upcoming fixtures are decent! 🔻 Villa's form https://t.co/AdCxYyXEK4

Despite that miss, we still consider Grealish a shrewd differential for Gameweek 18 which sees Aston Villa face a Southampton side who haven't kept a clean sheet since Gameweek 5. The Villa skipper, currently owned by 9.6% of FPL managers, has established himself as a pivotal figure for the Villains with the majority of their attacking threat largely coming through him. Grealish has contributed four attacking returns in his last four league games at Villa Park, with two goals and two assists over those four matches. With Aston Villa slipping into the relegation dogfight, a win over Southampton would keep them above the parapet and, if they are to get the three points, you can be sure that Grealish will have played an instrumental role.

"What he needed to improve on was goals and assists and he's starting to do that now" - Dean Smith on the facts of the matter, in terms of Jack Grealish. #AVFC https://t.co/vXeaIvAS8N