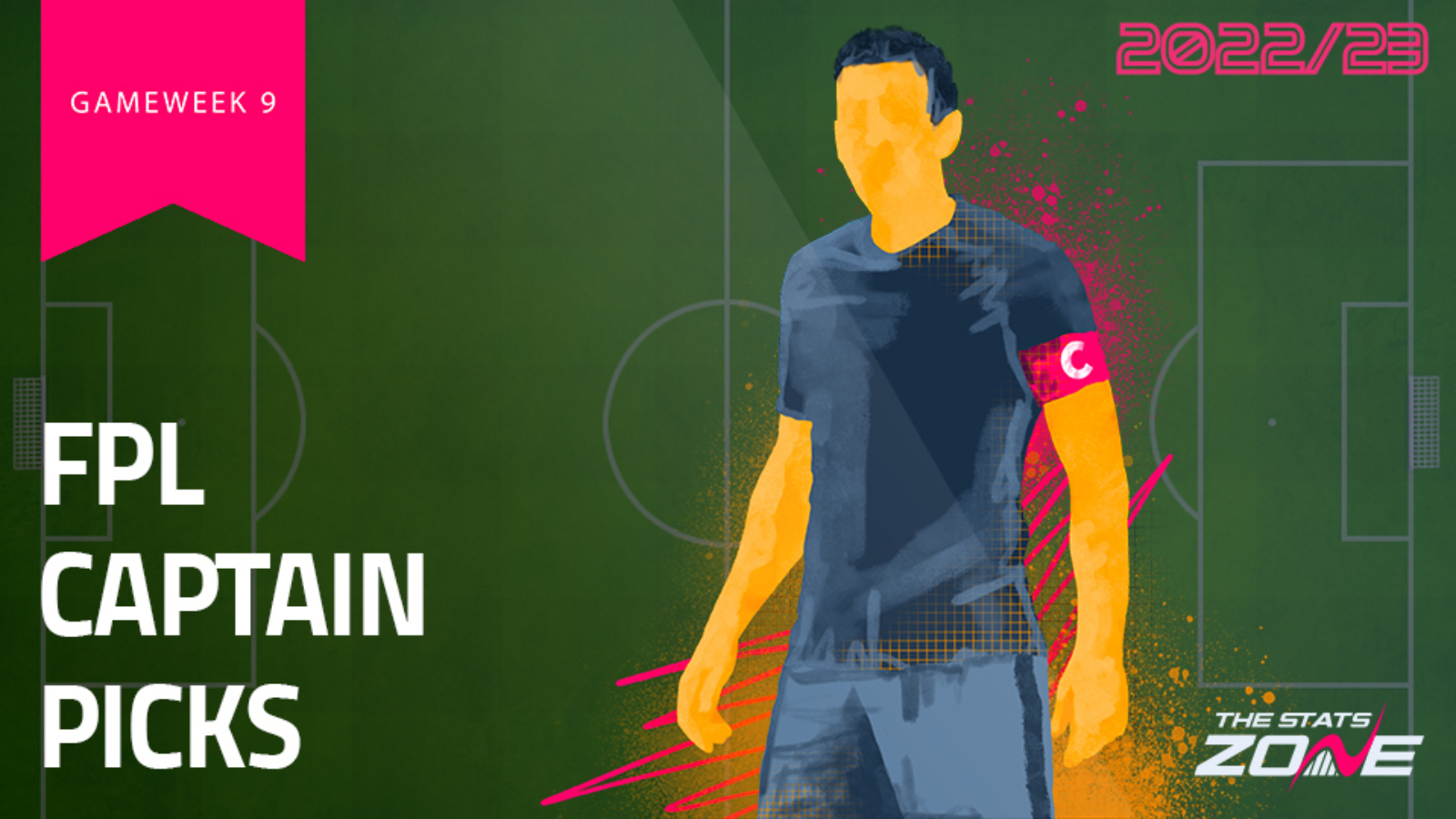 With the first international break of the season coming to an end, we can finally look ahead to what should be an extremely exciting Gameweek 9. Many FPL managers are likely to have activated their wildcard with all being given unlimited transfers during the World Cup break. However, in regards to captaincy, the same few players are likely to command all the attention when factoring in their performances across the season so far.

Looking at someone else's wildcard team knowing that it's about to become yours https://t.co/0nF9qhAvAt

On that note, we at TSZ towers have cast our eye over the most enticing premium captain picks and highlighted three candidates worthy of the armband as well as a differential selection ahead of Saturday’s 11:00 deadline.

It would be no surprise to see many newly assembled wildcard squads without Mo Salah (€12.9m) among them. However, despite the Egyptian perhaps not performing to his usual high standards, not owning him represents a massive risk ahead of Gameweek 9. Salah has still managed to accrue two goals, three assists and 38 FPL points so far this season. His last appearance for Liverpool saw him find the net in his side’s Champions League group stage victory over Ajax and Salah also utilised the international break to good effect, bagging a brace for Egypt against Niger.

Salah making a one week cameo, in my GW9 team vs. Brighton: https://t.co/D4GpFlkDG0

The Reds host Brighton in Gameweek 9, but this is a Seagulls side who could looked markedly different following the departure of Graham Potter. New boss Roberto De Zerbi is very highly rated, but it may take time for the Brighton players to implement the ideas of their Italian head coach, which could leave them vulnerable defensively. Liverpool are expected to come out of the traps quickly post international break and opting to captain Salah could prove an excellent point of difference with many FPL managers having sold him.

After a torturous start to the new campaign from his own personal perspective, Heung-Min Son (£11.7m) is back in business and boy don’t we all know it! After coming off the bench in Gameweek 8 having been dropped from the starting line-up, Son finally broke his 2022-23 duck against a defensively shambolic Leicester and in some style. A 13-minute hat-trick earned him a 19-point-haul and proved that whilst form is temporary, class is very much permanent.

The North London derby saw Son well last season, the South Korean international scoring in both the home and away fixtures against Arsenal. The two fierce rivals lock horns at Emirates Stadium in Gameweek 9 and with a rejuvenated Son back to his best, he has to be considered a realistic captain pick for those FPL managers who own him.

This one doesn’t need much explaining. Just one look at the goalscoring record of Erling Haaland (£12.0m) since arriving in the Premier League tells you all you need to know about his captaincy credentials. A whopping 11 goals and one assist in seven appearances, an FPL score of 73 points, 23 more than his nearest rival, a goal in each of Man City’s Champions League group stage fixtures. As it stands, Haaland has shown himself to be an unstoppable force with only Bournemouth keeping him out, restricting the Norwegian star to just a solitary assist back in Gameweek 2.

me when I don’t captain haaland https://t.co/J3rcmaLwmQ

The Manchester Derby in Gameweek 9 is just the stage for Haaland to further establish himself as the new king of the Premier League and with a fantasy ownership of over 80%, he is likely to be the most popular captain pick of the weekend once again. Although Man Utd look a far stronger side defensively than they were back at the beginning of the campaign, it would be a hugely brave move not to name Haaland skipper.

Although it has been a nightmare start to the season for Leicester, James Maddison (£7.9m) continues to stand out as a beacon of light among a very bleak Foxes squad right now. Despite his side’s struggles, Maddison has managed to score three times, picking up 29 FPL points and his set piece potency enhances his offensive threat from a fantasy football point of view. Having not been named in the England squad, Maddison has spent the last two weeks with his teammates as they look to put this wretched recent run behind them.

Nott’m Forest at home on paper is exactly the sort of match that could see Maddison afforded plenty of joy going forward. Steve Cooper’s side have shipped a whopping 12 goals in their last three Premier League fixtures, conceding a minimum of three goals in each of those three games. Leicester are sure to enforce a highly attacking style of play, with Maddison at the forefront of that. This makes him an ideal selection of any FPL manager searching for a differential captain.