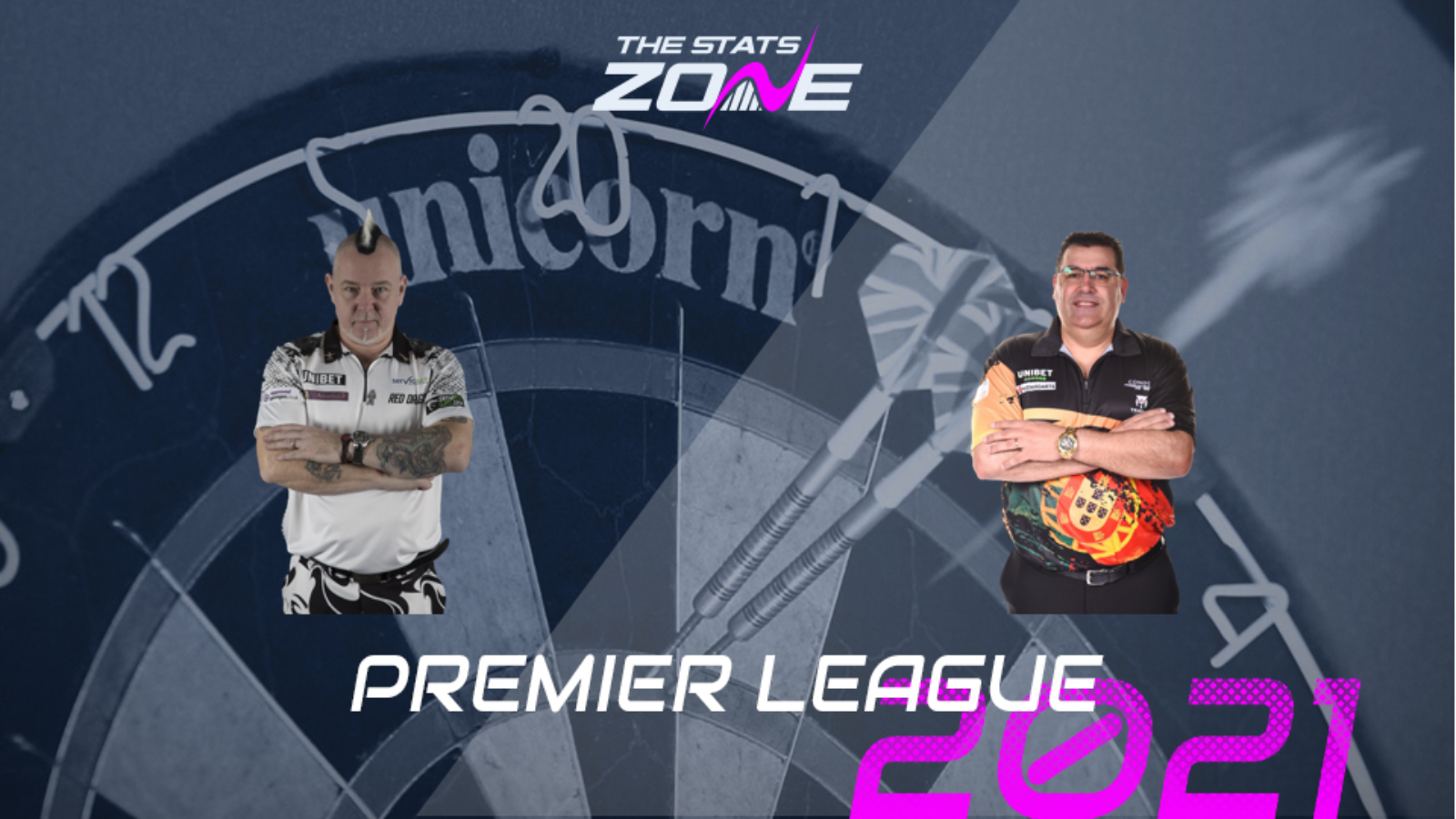 Where can I get tickets for Peter Wright vs Jose de Sousa? This event will be played behind closed doors

What channel is Peter Wright vs Jose de Sousa on? Sky Sports Action

Where can I stream Peter Wright vs Jose de Sousa? Sky Sports subscribers can stream the match via Sky Go

What was the score in the last meeting? Jose de Sousa 6-6 Peter Wright

Although Jose de Sousa will have been disappointed to have seen his 6-2 lead turn into a 7-7 draw against James Wade last night, he is now the only player who has remaining unbeaten in his last three matches and he finds himself in the play-off positions for the first time on what is his debut Premier League campaign. Peter Wright has not had a good week so far as he finds himself bottom of the remaining players, and while his top four hopes are by no means over, he really needs to turn things around soon if he is to make the season-ending playoffs. De Sousa is a maximum machine right now and hit another ten last night so the betting suggestion here is to back the Portuguese Grand Slam of Darts winner to hit more 180s than Wright.