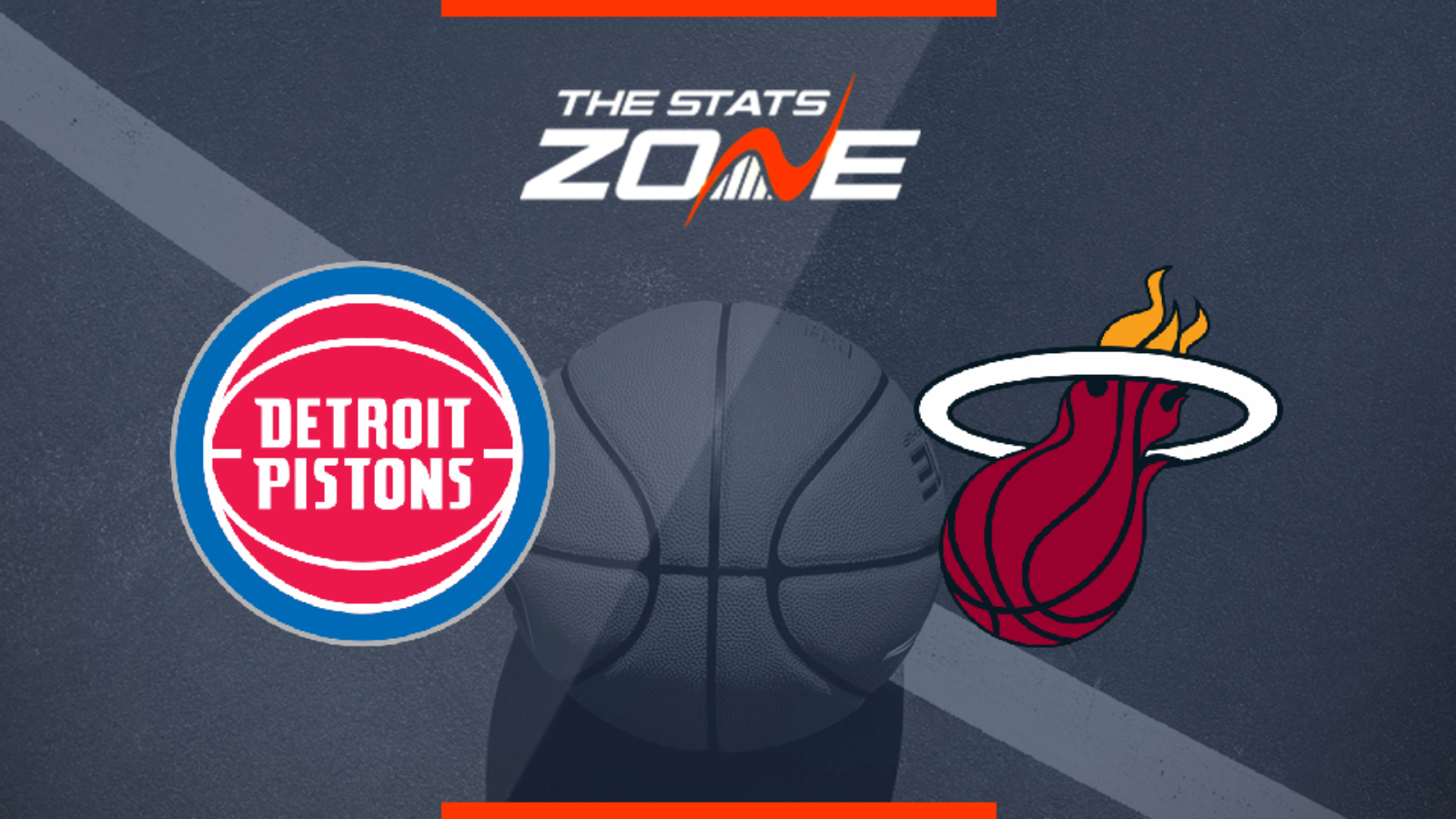 Where can I stream Detroit Pistons @ Miami Heat? If the game is televised on Sky Sports, subscribers will be able to stream the match live via Sky Go / NBA League Pass subscribers can stream every game live on the online service, Fox Sports GO

Where can I get tickets for Detroit Pistons @ Miami Heat? https://nbatickets.nba.com/

What was the outcome in the last meeting? Detroit Pistons 74 – 108 Miami Heat

The Heat might enter this game following a huge loss against the Lakers, but LeBron James’ team should be considered as one of the bonafide title contenders entering the season. Miami have looked better than advertised so far, and one of the main reasons has been a productive offense that averages 120.3 points per game at home. Considering Detroit average 114.8 points against them per contest on the road, all signs point towards Miami scoring heavily towards the win.