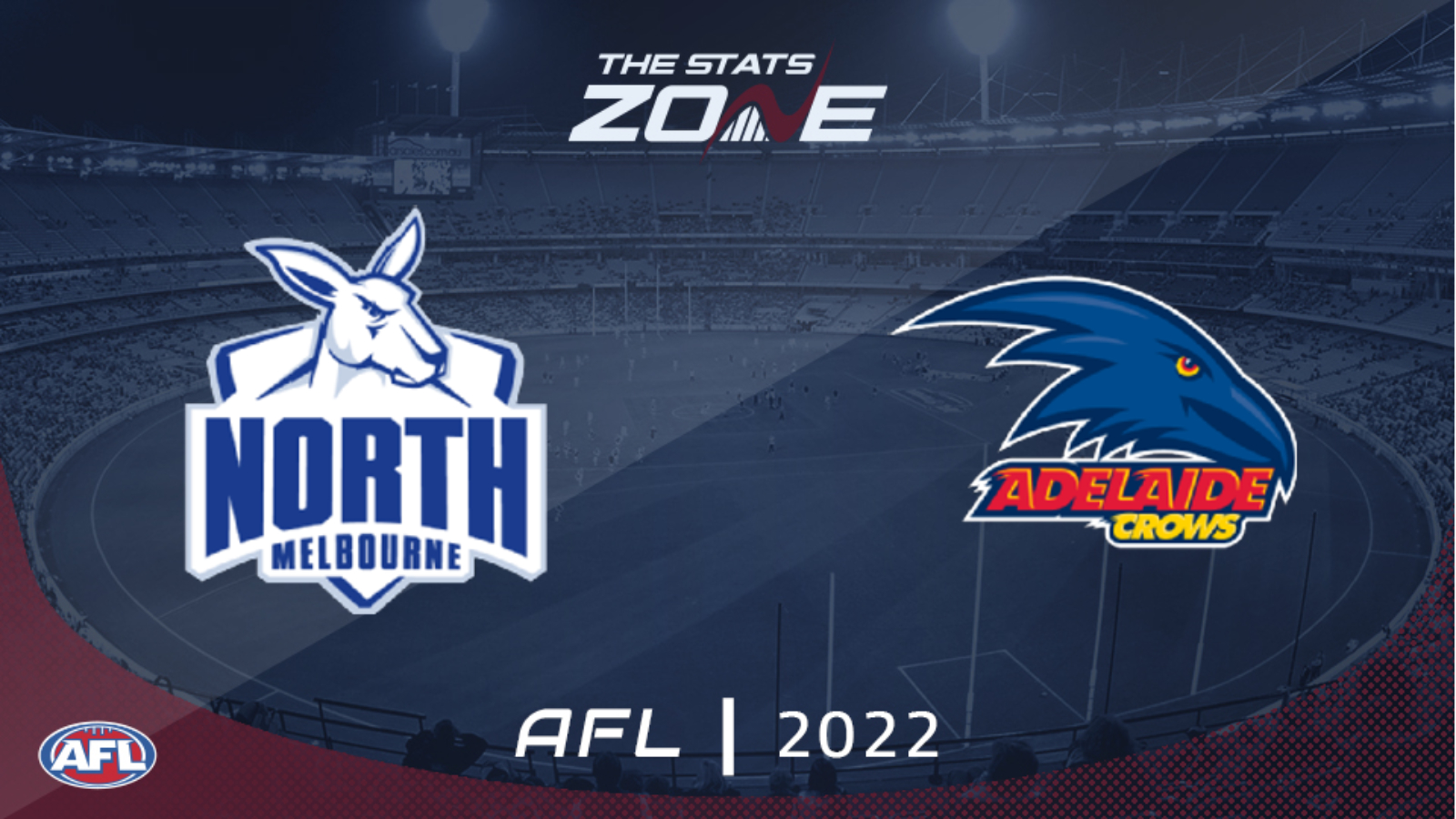 What television channel is North Melbourne vs Adelaide Crows on? In the UK, select matches each week will be televised on BT Sport and you can see their schedule here. For the TV channel in Australia, visit this link

Where can I stream North Melbourne vs Adelaide Crows? If the match is televised in the UK, then BT Sport subscribers will be able to stream it live via BT Sport Player. Additionally, those with a Watch AFL subscription can stream any 2022 AFL match live (outside of Australia). Those in Australia can stream any match live via AFL Live Pass

North Melbourne’s losing streak now stands at 11 games after going down to GWS Giants last time out. It was another heavy loss for the Kangaroos with them conceding at least 100 points in each of their last nine matches. Adelaide Crows have also struggled so far this season and have won just one of their last seven having lost to Gold Coast Suns last week but they look better placed to prevail in this one and they can make it three straight wins against the Kangaroos.