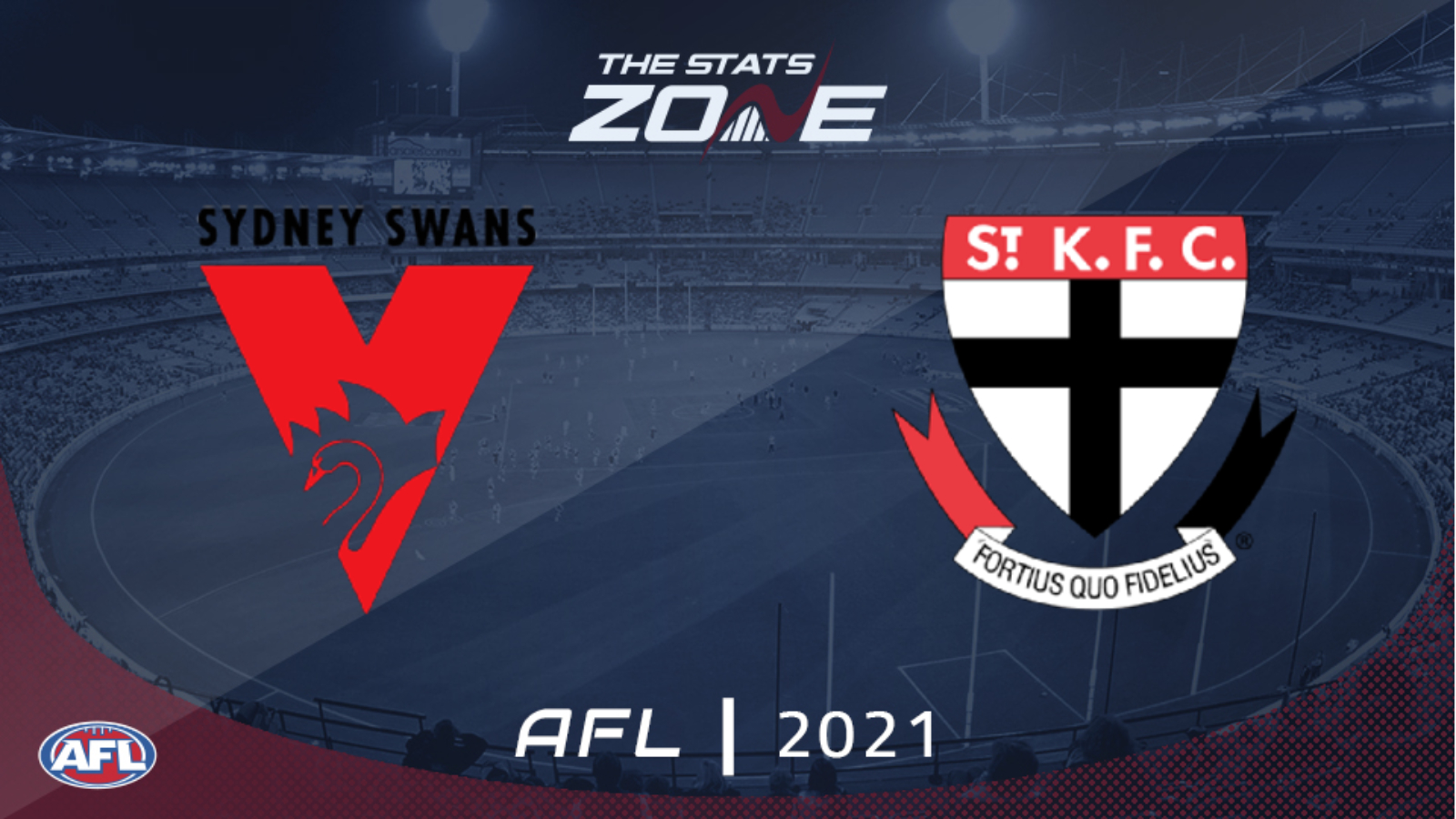 Where can I get tickets for Sydney Swans vs St. Kilda? Click here for ticket information on 2021 AFL matches

What television channel is Sydney Swans vs St. Kilda on? In the UK, five matches each week will be televised on BT Sport and you can see their schedule here. For the TV channel in Australia, visit this link

Where can I stream Sydney Swans vs St. Kilda? If the match is televised in the UK, then BT Sport subscribers will be able to stream it live via BT Sport Player. Additionally, those with a Watch AFL subscription can stream any 2021 AFL match live (outside of Australia). Those in Australia can stream any match live via AFL Live Pass

Sydney Swans bounced back from their narrow defeat to Fremantle in their previous game by overcoming Carlton in their most recent contest but they will be desperate to make it back-to-back victories having struggled for consistency of late. The Swans have won three of their last seven and are among a cluster of teams battling it out for a spot in the top eight, one of the others being St. Kilda. The Saints avoided a third straight loss as they proved to be too good for bottom side North Melbourne last week but they failed to really impress in that clash and with the Sydney outfit winning their last three on home soil, the Swans should prevail once again to make it 11 victories in the last 12 meetings between the two.