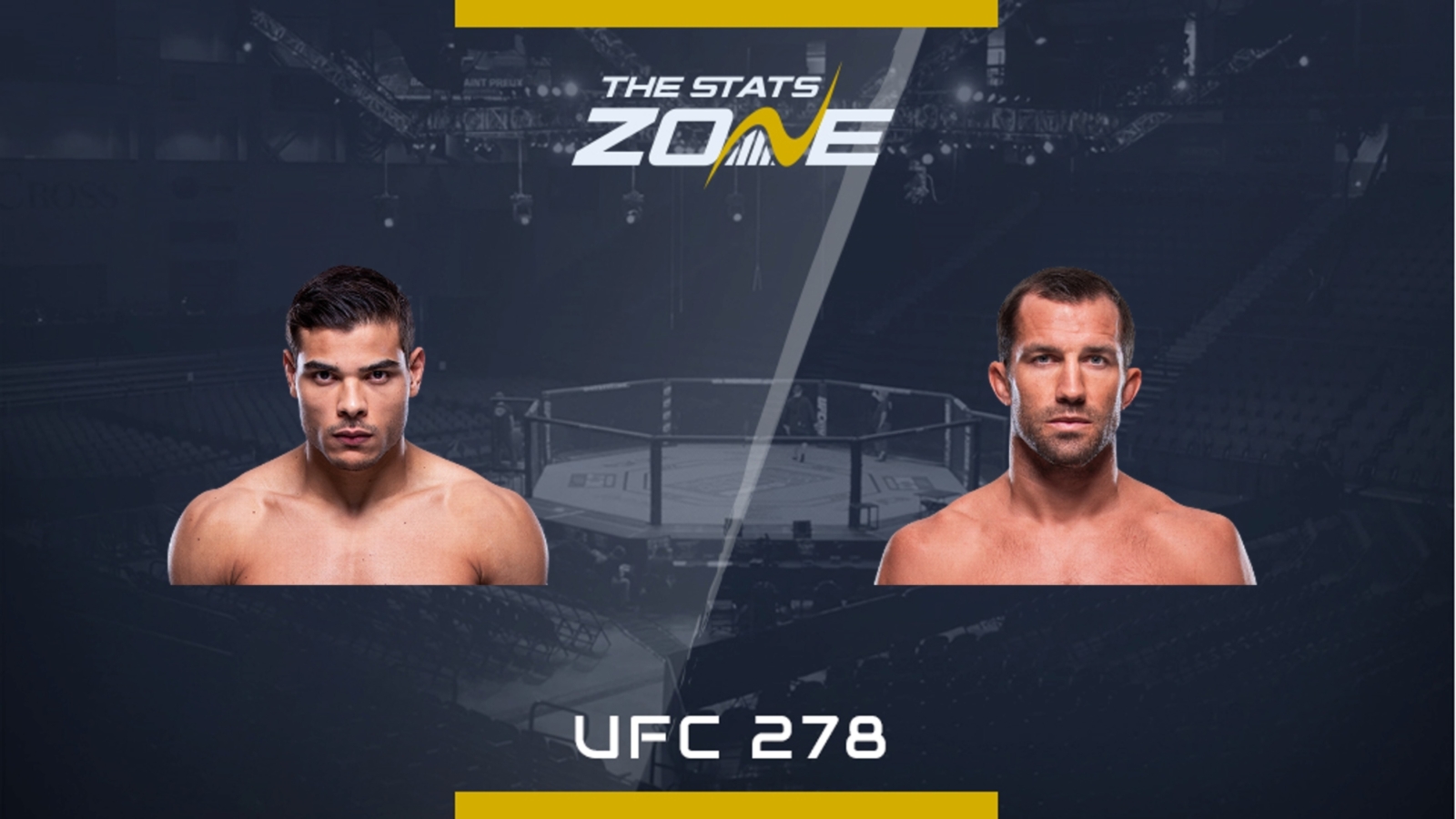 After Paulo Costa (13-2) outpointed fellow juggernaut Yoel Romero in 2019, nobody was expecting us to still be waiting for his next win deep into 2022. Disputes and injuries have restricted him to only two fights since, but they both losses. His first came in his heated title fight against Israel Adesanya (2020) in which he was completely humbled and outclassed getting TKO’d in the second round. He then took on Marvin Vettori in October last year and got humbled in a different way getting grinded out in a unanimous decision. He finally returns with a lot to prove.

Someone he does not want to emulate is Luke Rockhold (16-5) who suffered quite the fall from grace. He has all the talent and one of the most well-rounded skill sets on the roster, but Michael Bisping (2016) took everything from him including the middleweight title. Rockhold schooled him in 2014 on his way to becoming champion, but that knockout loss was the first of three in his next four fights. He TKO’d David Branch (2017) with ease but then got absolutely iced by Yoel Romero (2018) and Jan Blachowicz 2019) making that champion calibre talent a distant memory.

It is almost as if the UFC want to see Rockhold get knocked out pairing him up with another savage knockout artist. That said, Costa is coming off his sole losses and this will be a huge test of his character.

Rockhold is better everywhere. His technique is off the charts and has some of the most underrated grappling in the entire UFC. However, his chin has crumpled five times and Costa is one of the hardest hitters in the division.

Rockhold could cruise this by peppering Costa from range, chopping his legs with his thunderous kicks, taking him down and gaining top position. Rockhold has one of the best top games in the UFC with impeccable balance, jiu-jitsu and ground-and-pound.

All of that said, we expect Costa to hunt the chin like a rabid dog until he finds it, but if Rockhold can get him down, he will make a mockery of the odds.