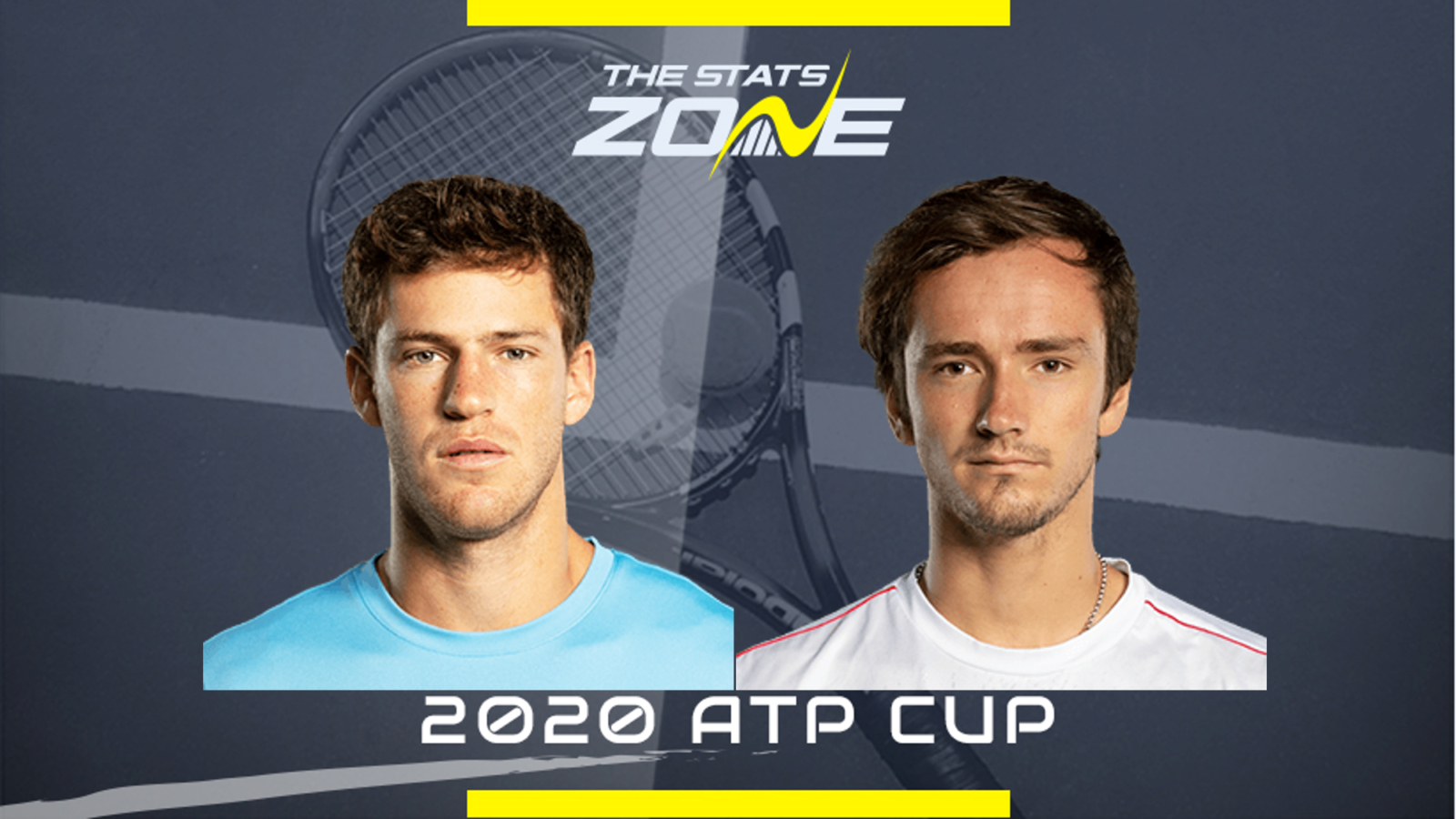 What channel is Diego Schwartzman vs Daniil Medvedev on? This match will not be televised live in the UK

Where can I stream Diego Schwartzman vs Daniil Medvedev? Amazon Prime subscribers can stream the match via Amazon Prime Video

Where can I get tickets for Diego Schwartzman vs Daniil Medvedev? https://www.atpcup.com/tickets

Diego Schwartzman has improved with every passing match and dismantled Borna Coric, who started the tournament by beating Dominic Thiem, to help Argentina into the quarter-finals. He has never beaten Daniil Medvedev, though, and is not likely to buck that trend now as the Russian has won all three of his matches so far without hitting the peak of his powers. Schwartzman will also likely have the added pressure of playing after what will likely be a loss for Argentina, though Guido Pella does have every chance of beating Khachanov in what will be a close first rubber. However, Medvedev should claim this match either way.