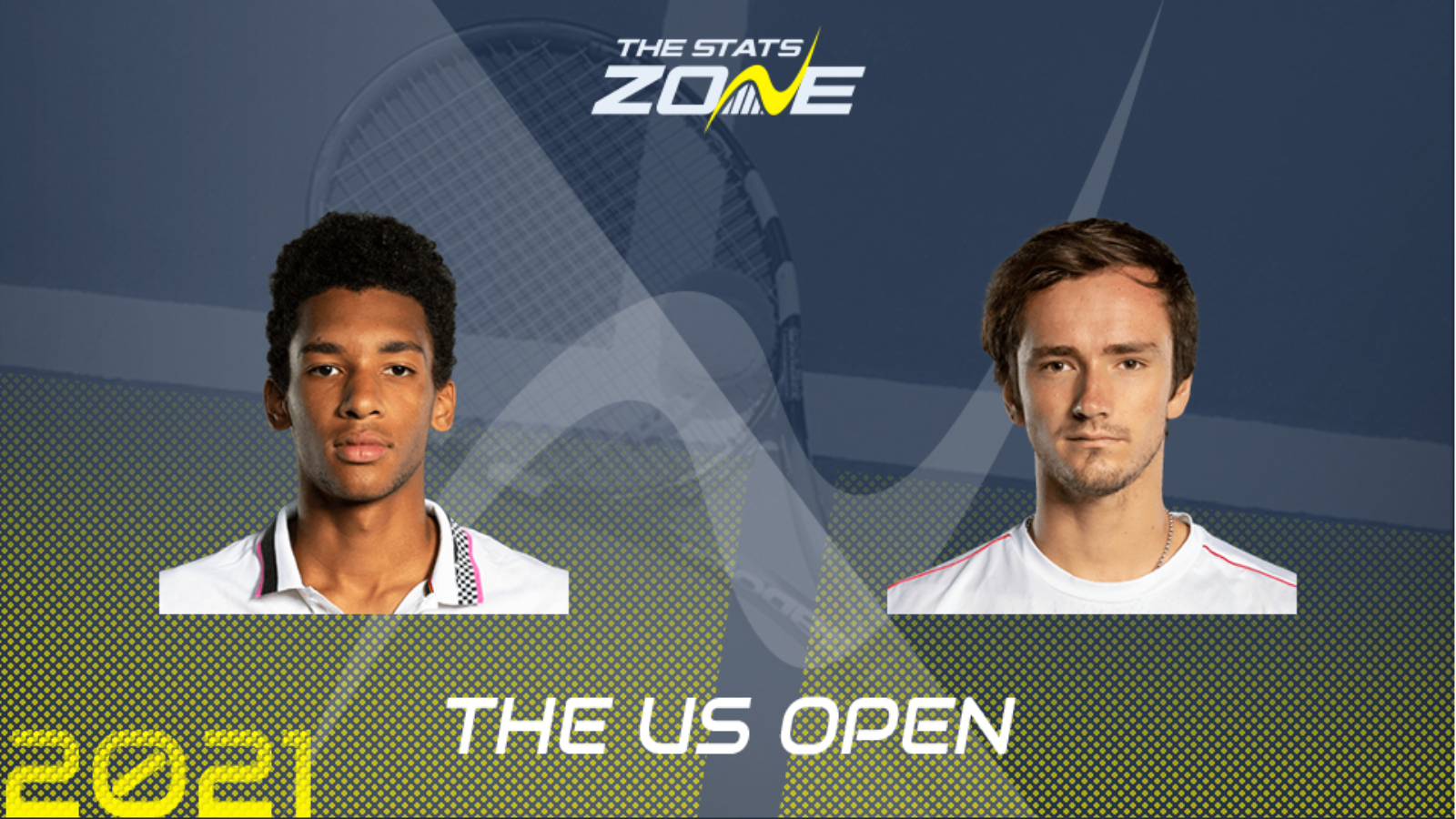 When is Felix Auger-Aliassime vs Daniil Medvedev on and what time does it start? Friday 10th September, 2021 – not before 20:00 (UK)

World number two Daniil Medvedev is just one win away from a return to the US Open final after beating Dutch qualifier Botic van de Zandschulp in four sets. The 25-year-old Russian handed Van de Zandschulp a second-set bagel before his opponent put in a stunning fight back in the third and it was a much tighter affair from there. Medvedev recently won the Canadian Open for a fourth Masters title on hard courts, his speciality, as well as the ATP Cup, Mallorca Championships and Marseille Open this season. He is also the reigning ATP Finals champion. 21-year-old Felix Auger-Aliassime was a set and a break up against 18-year-old Carlos Alcaraz on Tuesday evening before the Spaniard was forced to retire with a muscular injury. The loss of what promised to be a real spectacle is the Canadian’s gain after two tough matches in the third and fourth rounds with Roberto Bautista Agut and Frances Tiafoe. World number 15 Auger-Aliassime has bested his career-high Grand Slam finish of the Wimbledon quarter-finals in July by reaching the semi-finals here.

It has been some time since Felix Auger-Aliassime and Daniil Medvedev last played, especially in terms of their development since. Medvedev came back from a set down to a teenage FAA at the Canadian Open in 2018, almost exactly a year before the Russian’s form exploded into the animal he is now. It has taken Auger-Aliassime a little more time than it seemed it would to work out a more cohesive, varied game on tour but the child prodigy is an adult three years on and proving himself to be the prospect many hyped. Botic van de Zandschulp showed that taking a set off Medvedev is possible but immensely hard work. 21-year-old Auger-Aliassime has the extra rest from a win by Alcaraz’ retirement that should help boost his excellent engine. Take Medvedev to win and both to win a set.