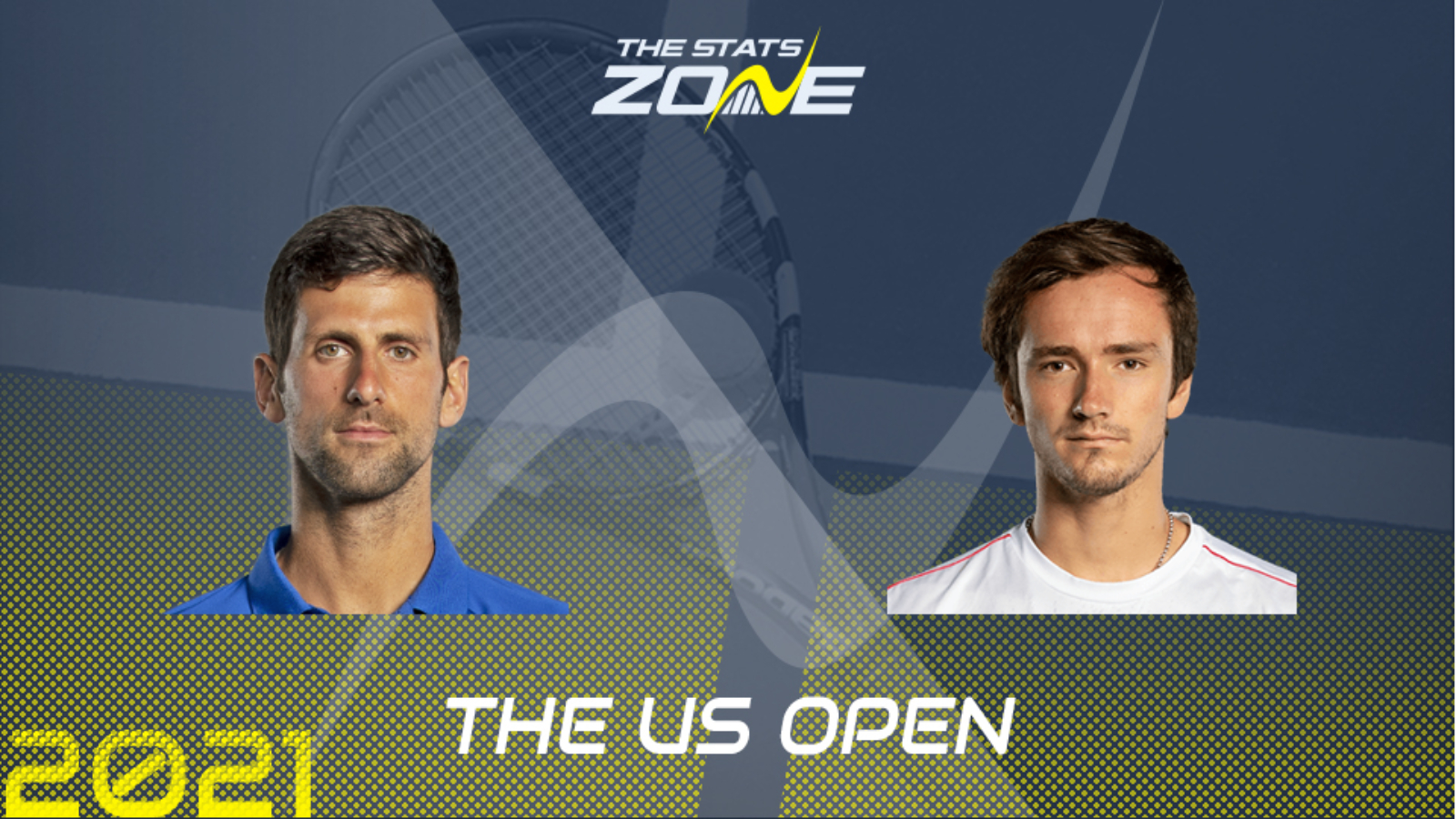 When is Novak Djokovic vs Daniil Medvedev on and what time does it start? Sunday 5th September, 2021 – not before 21:00 (UK)

World number one Novak Djokovic is three sets away from glory as he chases a multitude of records. The 34-year-old is aiming to go out on his own as the man with the player with the most Men’s Singles Grand Slam titles in history, one better than his current joint 20 alongside Roger Federer and Rafael Nadal, as well as claiming the first male calendar slam in the Open Era. Having won the Australian Open, Roland-Garros and Wimbledon the Serb could have made it a ‘Calendar Golden Slam’, only achieved by Steffi Graf, if Alexander Zverev had not beaten him in the Tokyo Olympic Games semi-finals. Djokovic played out another tense, high-quality marathon with Zverev to come through the eventual winner in five sets on Friday.

World number two Daniil Medvedev enjoyed an altogether more comfortable semi-final on Friday with a straight-sets win over Felix Auger-Aliassime. The 25-year-old has returned to the US Open final two years on from his memorable five-set defeat to Rafael Nadal here and he has dropped just one set on his way to a second major showdown with Novak Djokovic after losing to the Serb in the Australian Open final earlier this year. The reigning ATP Finals champion has four Masters titles to his name amongst 12 overall titles, with 11 coming on his favoured hardcourt surface.

There is so much on the line for world number one Novak Djokovic, with enough pressure to topple any normal human being. However, the Serb has proven himself to be in a totally different realm in moments like these, on the biggest stage with the whole world watching. His US Open campaign has not been as ruthless as he is usually want to do but the season has taken a lot out of the 34-year-old to show for three Grand Slam titles so far and even the apparently tireless Serb is getting older. Djokovic has dropped at least a set in five of his six matches this fortnight and the first in his last four rounds. These kinds of slow starts have become more prescient in his matches on tour and that has occasionally cost him in three-set encounters with the likes of Rafael Nadal, Aslan Karatsev and Dan Evans capitalising before he can respond. On Friday night, though, he proved what we have seen countless times before; that over five sets Djokovic is almost impossible to beat.

And yet, Djokovic simply cannot afford to give world number two Daniil Medvedev the lead in this blockbuster final. The pair share a head-to-head record of 6-3 dating from a Davis Cup meeting in 2017 to the final of the Australian Open this year, but in terms of the player Medvedev is now we should focus solely on their last four matches. Since the Autumn of 2019, the Russian has evolved into a world-beater on a hard court, with four Masters titles and the ATP Finals won in conditions like these on Sunday night, two of them via victories over Djokovic. Since Medvedev’s evolution, their head-to-head record stands at a much more finely poised 2-2. Both of Djokovic’s victories have come in Australia at the beginning of the season, at the ATP Cup in 2020 and this year’s Australian Open final, where he is statistically at his most potent. Djokovic’s record nine Australian Open titles support this with a 9-0 record for finals in Melbourne, as well as the fact that he has lost as many Grand Slam finals at the US Open (5) as he has lost at the other three majors combined.

In contrast, Medvedev has been at his best level towards the end of the season in recent years in conjunction with the hard court swing. Since the Canadian Open in 2019, where he lost to Nadal in the final, Medvedev has won five of the 10 available titles from the four hardcourt Masters events in the swing including the year-end ATP Finals (Cincinnati Open, Shanghai Open 2019; Paris Masters, ATP Finals 2020; Canadian Open 2021). The Russian has exactly the right mentality to enjoy this battle on Sunday night and he has experience in facing a ‘Big 3’ opponent here and taking them all the way to the end. The crowd will play their part somewhat in the twists and turns of momentum but Djokovic and Medvedev are two of the less universally popular members of the elite players and they have learned to play ruthlessly in either jubilation or hostility.

Having said all this, Djokovic’s chances at victory depend on him starting hard, fast and without any let up. If there are three sets here it should be Djokovic’s title but that total seems unlikely. Given their campaigns, Djokovic in four or Medvedev in five is very much the pick it would be wonderful to be able to make here. Discounting a winner, both players to take a set is almost certainly the wise and suitable option to take for this US Open Men’s Final. If we must pick one man, though, upsetting the pursuit of tennis history sounds like exactly the way Daniil Medvedev would win his first Grand Slam title.