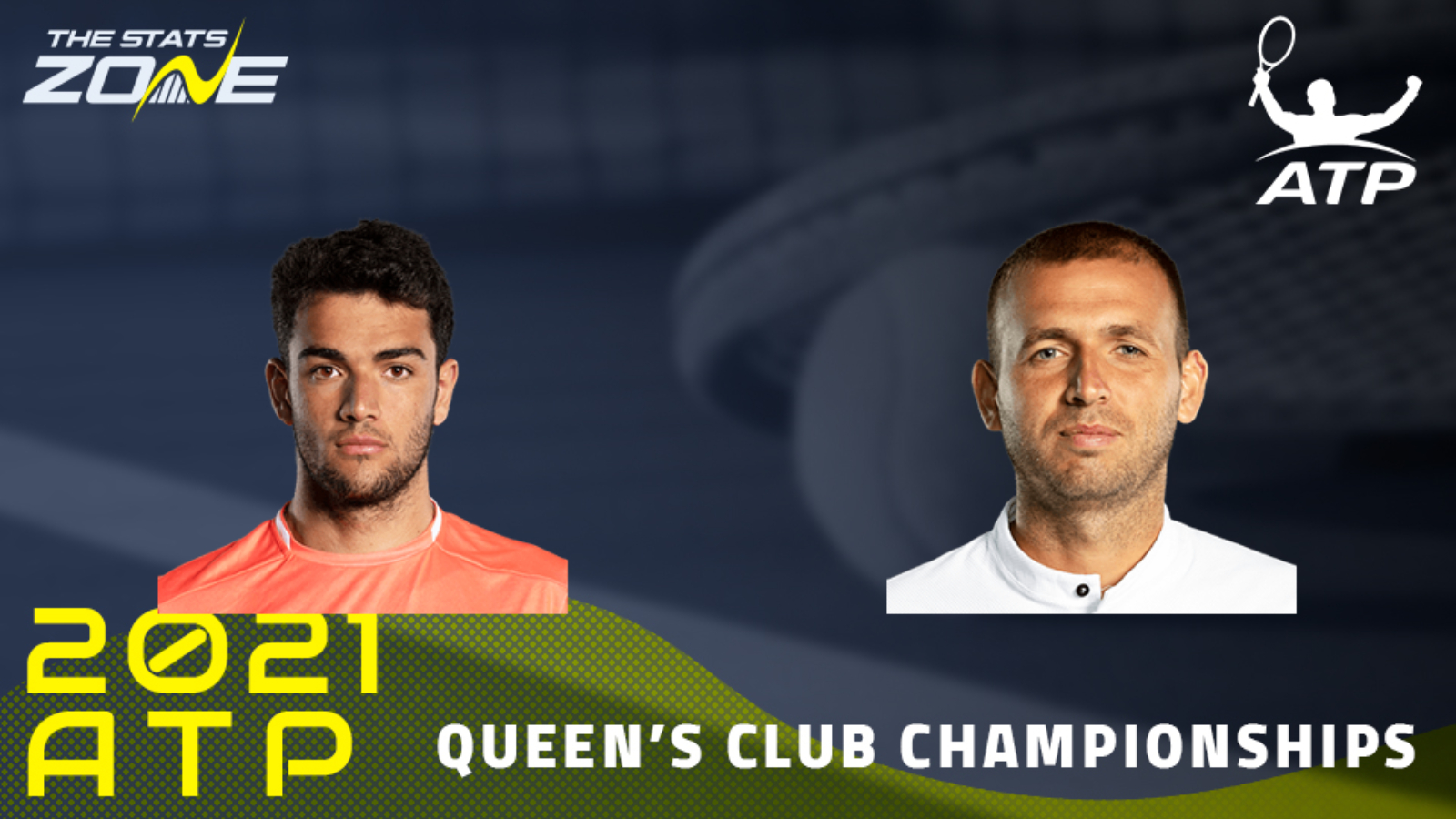 What surface is Matteo Berrettini vs Daniel Evans being played on? Grass (outdoor)

Where can I get tickets for Matteo Berrettini vs Daniel Evans? Visit this link for the latest ticket information

What channel is Matteo Berrettini vs Daniel Evans on? BBC have the rights to show the Queen’s Club Championship so it is worth checking their schedule

This could end up the match of the week at Queen’s Club between first seed and world number nine Matteo Berrettini and British number one Dan Evans. 25-year-old Berrettini looked a little rusty on grass in his first round match but was near his searing best against returning Andy Murray on Thursday afternoon, serving 14 aces and regularly reaching 140mph throughout the straight sets victory. 31-year-old Evans will have to combat that better than Murray if he is to get a shot at breaking the Italian’s powerful game but if the world number 25 can make Berrettini play he certainly has the pace and precision to cause problems throughout. Much of this first meeting between the two will fall on how well Berrettini serves and the Italian is the solid favourite to win here but Evans has the backing of a partisan crowd and that should see him push this close indeed. Take Berrettini as the outright winner here but it would not be a huge upset of Evans ties him up in knots to reach the semi-finals.