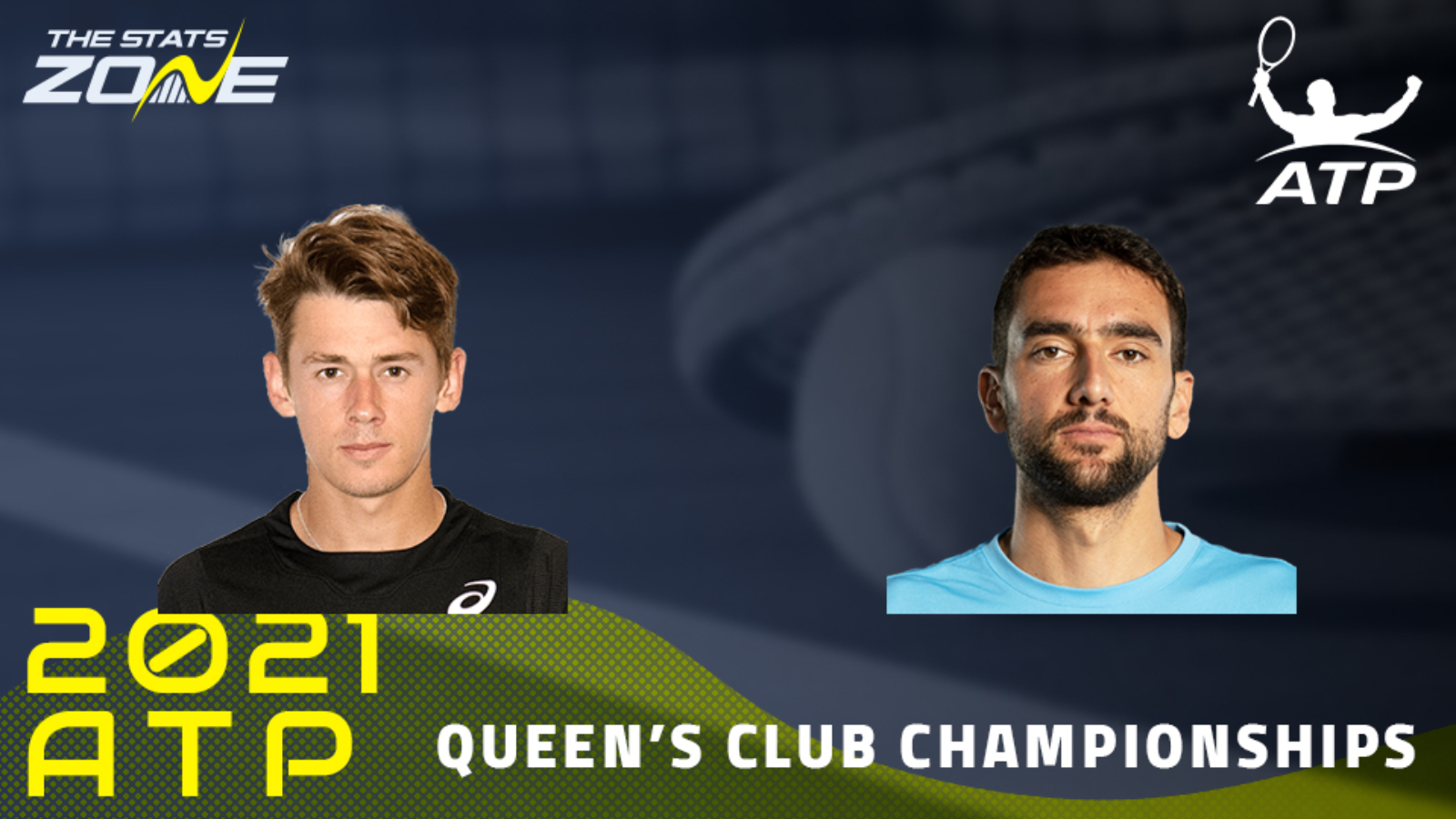 What surface is Alex de Minaur vs Marin Cilic being played on? Grass (outdoor)

Where can I get tickets for Alex de Minaur vs Marin Cilic? Visit this link for the latest ticket information

What channel is Alex de Minaur vs Marin Cilic on? BBC have the rights to show the Queen’s Club Championship so it is worth checking their schedule

Queen’s Club fourth seed Alex de Minaur has reached a second-successive quarter-final on grass after a shock defeat to Jurij Rodionov this time last week in Stuttgart but the Aussie has looked in much better shape this week in London. The 22-year-old will face the winner of last week’s Stuttgart Open now, though, in world number 37 Marin Cilic as the Croat continues his strong grass-court form through to a tournament he has won on two previous occasions. 32-year-old Cilic looks to be coming into form just in time for a deep run at Wimbledon in under two weeks’ time and he was the victor in the previous meeting with De Minaur over five sets at the 2018 US Open. Cilic beat Fabio Fognini in two tough sets on Wednesday evening and he should be able to come through this match the outright winner if he stays his usual, patient self.