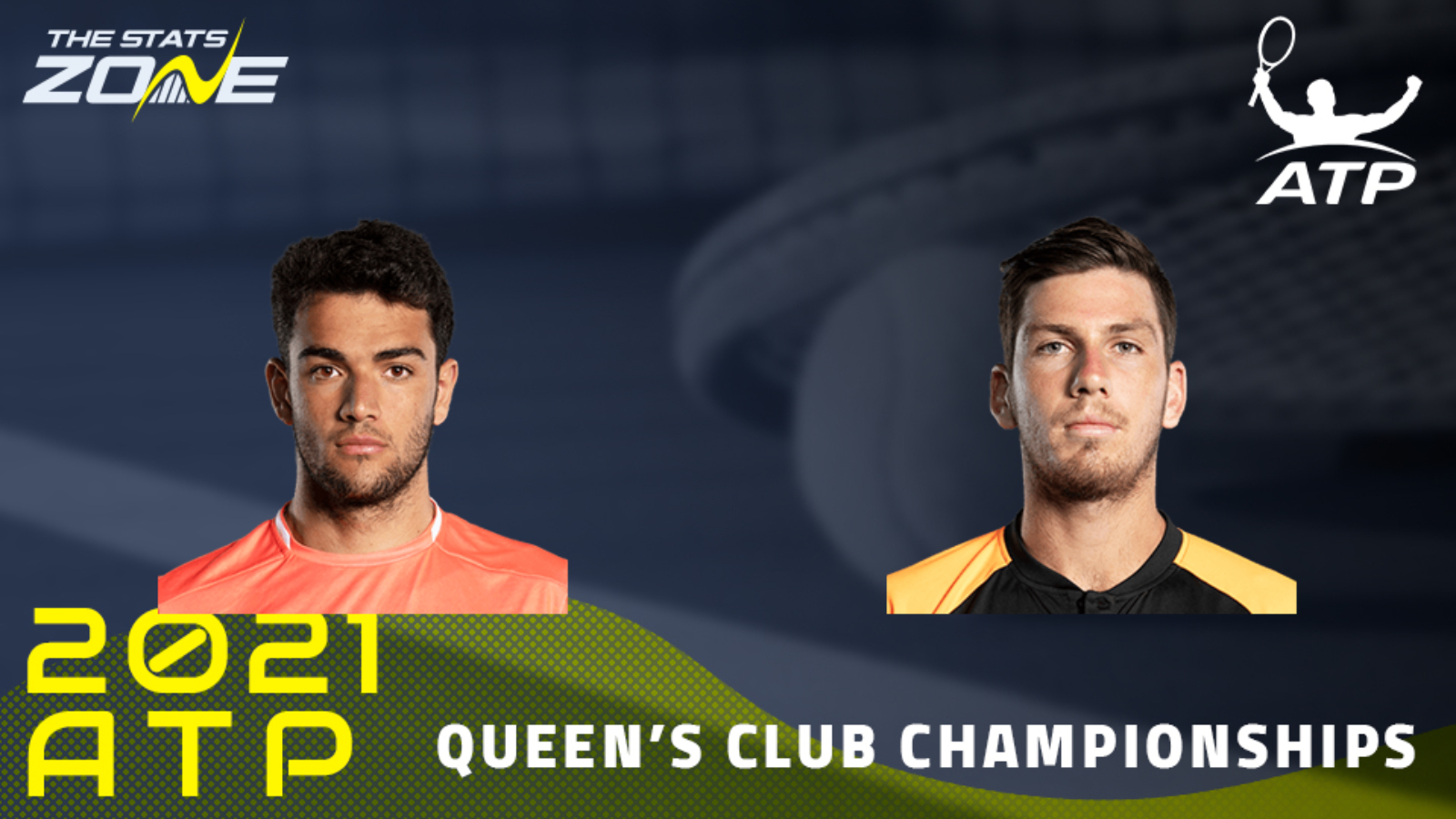 What surface is Matteo Berrettini vs Cameron Norrie being played on? Grass (outdoor)

Where can I get tickets for Matteo Berrettini vs Cameron Norrie? Visit this link for the latest ticket information

What channel is Matteo Berrettini vs Cameron Norrie on? BBC have the rights to show the Queen’s Club Championship so it is worth checking their schedule

World number nine Matteo Berrettini has blasted his way through a tough field at Queen’s Club this week to reach the final without dropping a set. The Italian won the Serbia Open back in April to make it four ATP titles now but he also finished runner-up to Alexander Zverev at the Madrid Open before coming to the grass season in excellent shape. Berrettini will face Cameron Norrie for the first time in this final and faces the unenviable task of playing the villain against the home favourite here. World number 41 Norrie was as assured as he was exceptional against Denis Shapovalov on Saturday afternoon and despite his opponent suffering with strains after completing a quarter-final earlier that day Norrie will take all the positives from a 15th victory over players ranked higher than him this season. 25-year-old Norrie has beaten one player higher-ranked than Berrettini in Dominic Thiem at the Lyon Open last month but Thiem was nowhere near the level that the big-serving Italian is at right now and this will be the biggest challenge of Norrie’s season so far.

In the Lyon Open final Norrie fell in straight sets to a superb Stefanos Tsitsipas and Berrettini in this form amounts to the same difficulty so take the Italian to break British hearts here for the third time this week.