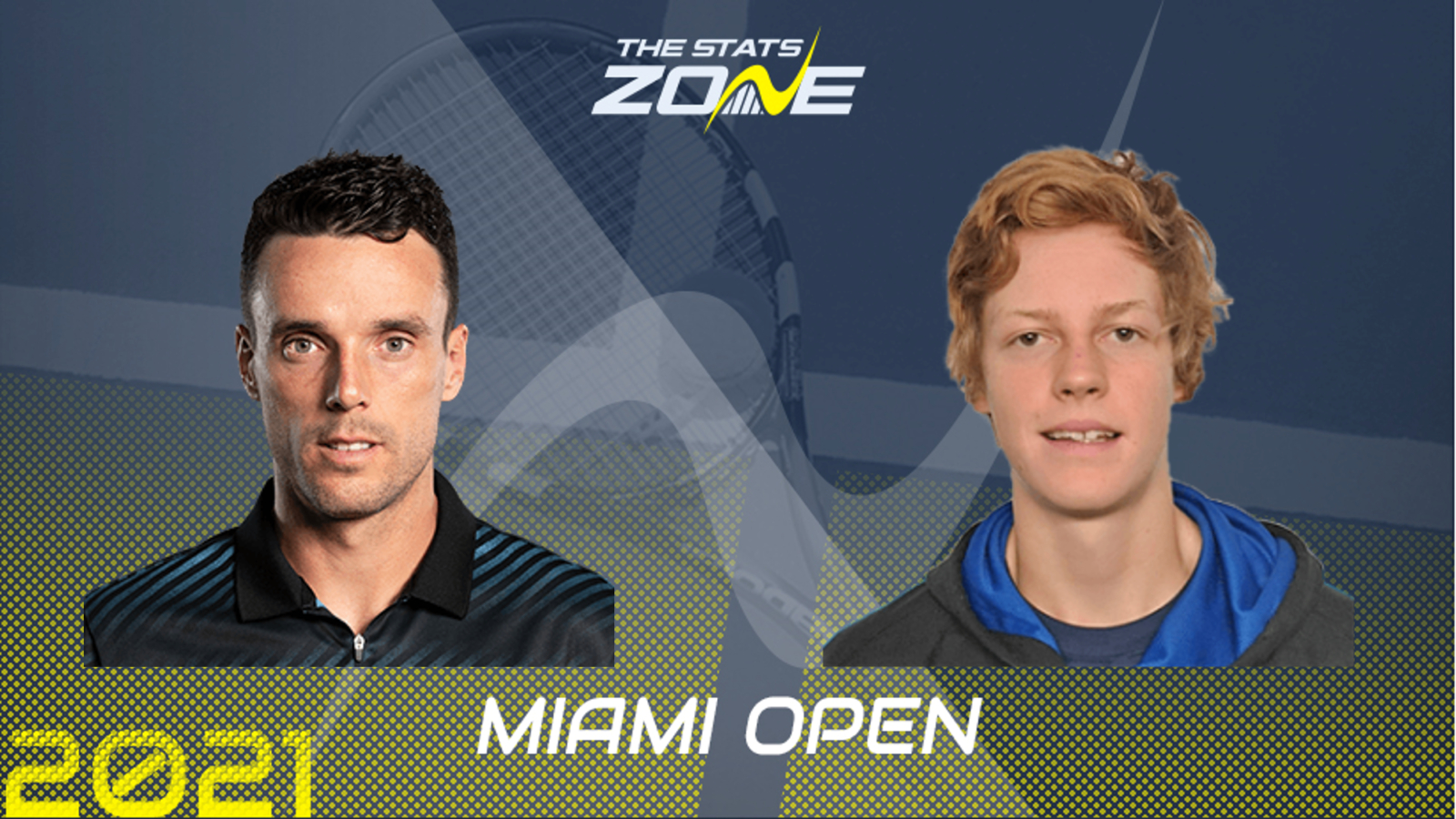 What surface is Roberto Bautista Agut vs Jannik Sinner being played on? Hard (outdoor)

Where can I get tickets for Roberto Bautista Agut vs Jannik Sinner? Visit this link for the latest ticket information

What channel is Roberto Bautista Agut vs Jannik Sinner on? This match will not be televised live in the UK

World number 12 Roberto Bautista Agut beat the world number two and Miami Open first seed, Daniil Medvedev, on Wednesday with an assured straight-sets masterclass and in doing so blew the Men’s draw wide open. The 32-year-old just edged past reigning champion John Isner in the previous round with some calm and collected tactics and it should come as no surprise that he beat Medvedev for a third time considering the ability of the nine-time ATP title-winner - but Medvedev in this form is one of the best wins of RBA’s career. Meanwhile, 19-year-old Jannik Sinner is busy hurrying his rising star up each week on tour, with two titles to his name already and a semi-final here in Miami on his debut. The Italian overcame an incredible effort from Alexander Bublik but still managed to come through in two sets to face RBA here for a second time in just over two weeks. Sinner was the victor in the round of 16 at the Dubai Open last month over three sets with Bautista Agut but the Spaniard should have real belief now after taking out the favourite for the title and he has been markedly better in Miami than anywhere else this season. Take this match to go to three sets and consider leaving it there with both players performing so strongly. At a push, RBA looks a man on a mission and could just edge what should be an enthralling watch.