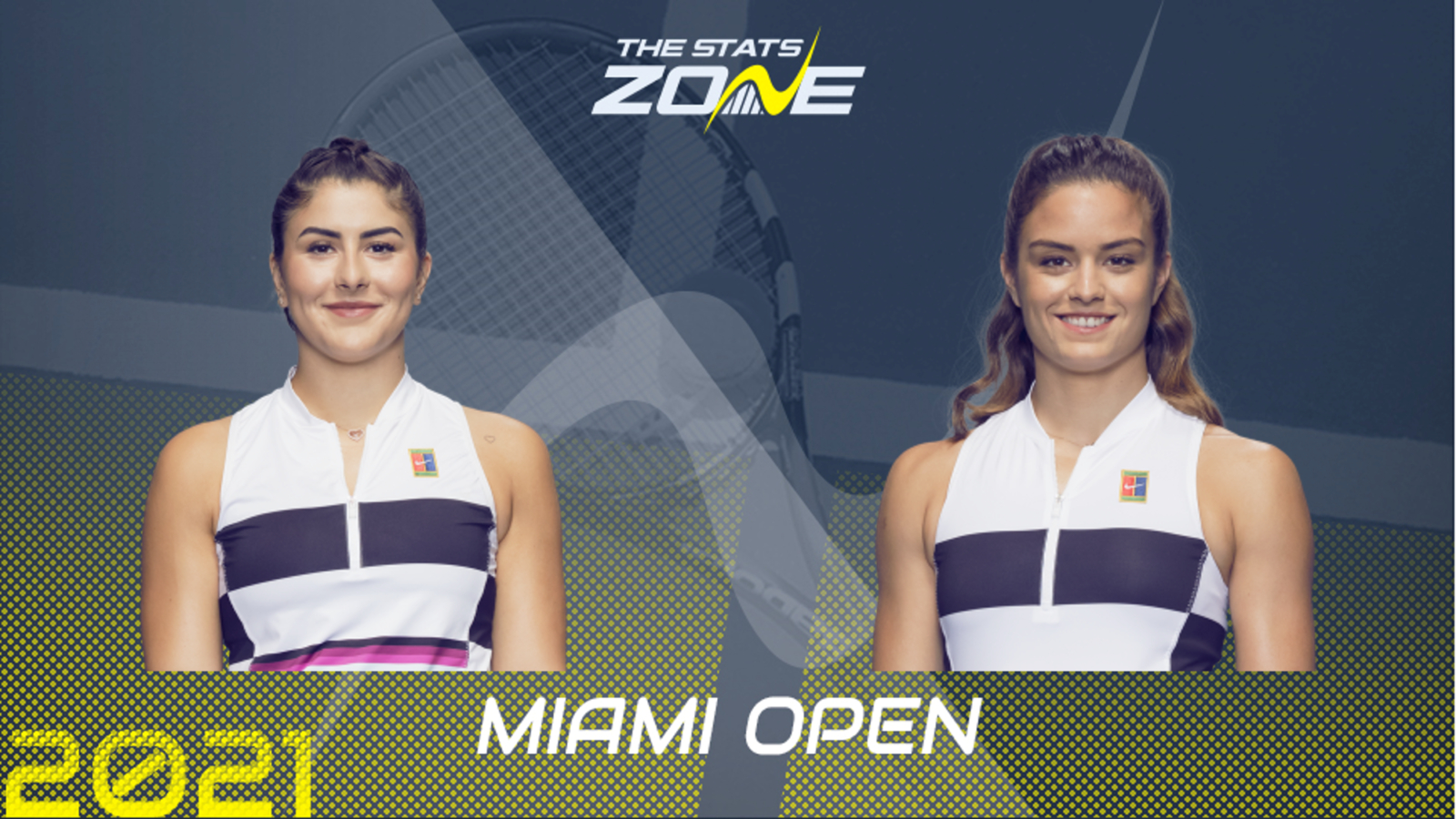 What surface is Bianca Andreescu vs Maria Sakkari being played on? Hard (outdoor)

Where can I get tickets for Bianca Andreescu vs Maria Sakkari? Visit this link for the latest ticket information

What channel is Bianca Andreescu vs Maria Sakkari on? This match will not be televised live in the UK

20-year-old Bianca Andreescu played out yet another enthralling three-set Miami Open match in her quarter-final win over Sara Sorribes Tormo late on Wednesday and the Canadian looks like she could have her best year on tour if she continues to play in this way. The world number nine will face another player performing out of her skin in Miami in 25-year-old Maria Sakkari, who totally dominated proceedings against Naomi Osaka to snap the world number two’s 23-match winning streak in straight sets. Both Sakkari and Andreescu are thrilling players to watch in this form and with fans likely to fill the available seats for this match on Grandstand this is a match worth pencilling into your plans – or staying up for in the UK. The pair have never played each other on tour and whilst Andreescu could now be the favourite for the title, with no disrespect to Ashleigh Barty or Elina Svitolina, the woman who impressed most in the quarter-finals was world number 25 Sakkari and so much so that it could be worth leaving the winner of this match up to chance. Take this semi-final to need three sets, as Andreescu’s last three have done, and enjoy what could be the clash of the tournament.