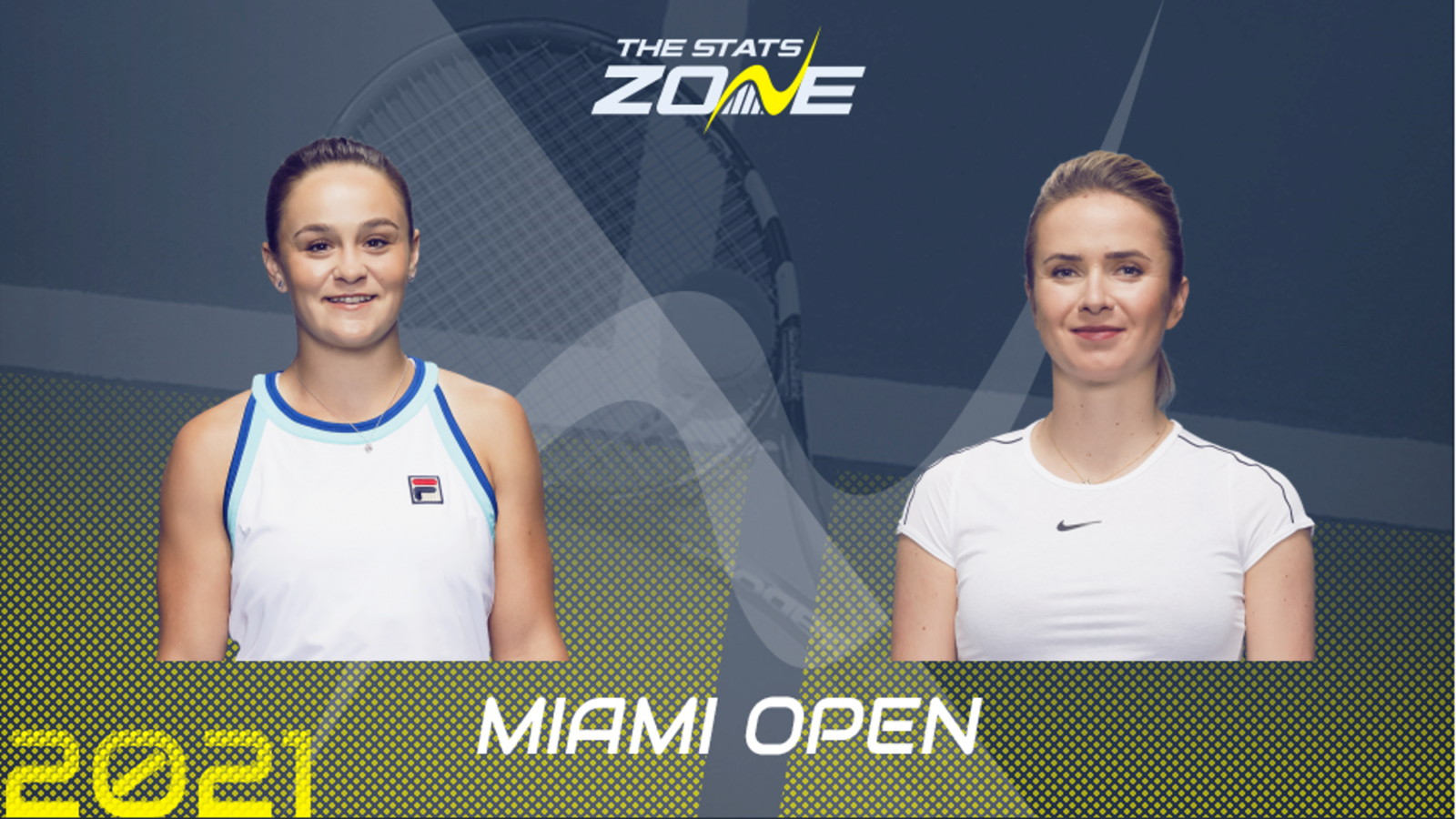 What surface is Ashleigh Barty vs Elina Svitolina being played on? Hard (outdoor)

Where can I get tickets for Ashleigh Barty vs Elina Svitolina? Visit this link for the latest ticket information

What channel is Ashleigh Barty vs Elina Svitolina on? This match will not be televised live in the UK

World number one Ash Barty made the semi-finals of the Miami Open after winning a deciding set against her second-successive Belarusian, beating Aryna Sabalenka on Tuesday and Victoria Azarenka the day before in two exciting matches. The Aussie has coped well with being pegged back to win deciders and that could come into focus again in this semi-final clash with world number five Elina Svitolina. The 26-year-old from Ukraine has had the better of the six previous meetings with Barty over the years and won the first five before Barty claimed her first win in their most recent match back in 2019. Svitolina has been near her best this fortnight in Miami, with a round fo 16 defeat of Petra Kvitova looking particularly impressive, but despite her excellent 5-1 record over Barty she comes into this match as the underdog. Barty’s current strength versus the unbalanced record and Svitolina’s form in Miami makes this result a little murkier than it should be, though. Three sets should be required to separate the two before a decider is called and it could be worth leaving a winner out of this pick. If pushed, world number one Barty should find her extra mojo at the last to edge through.