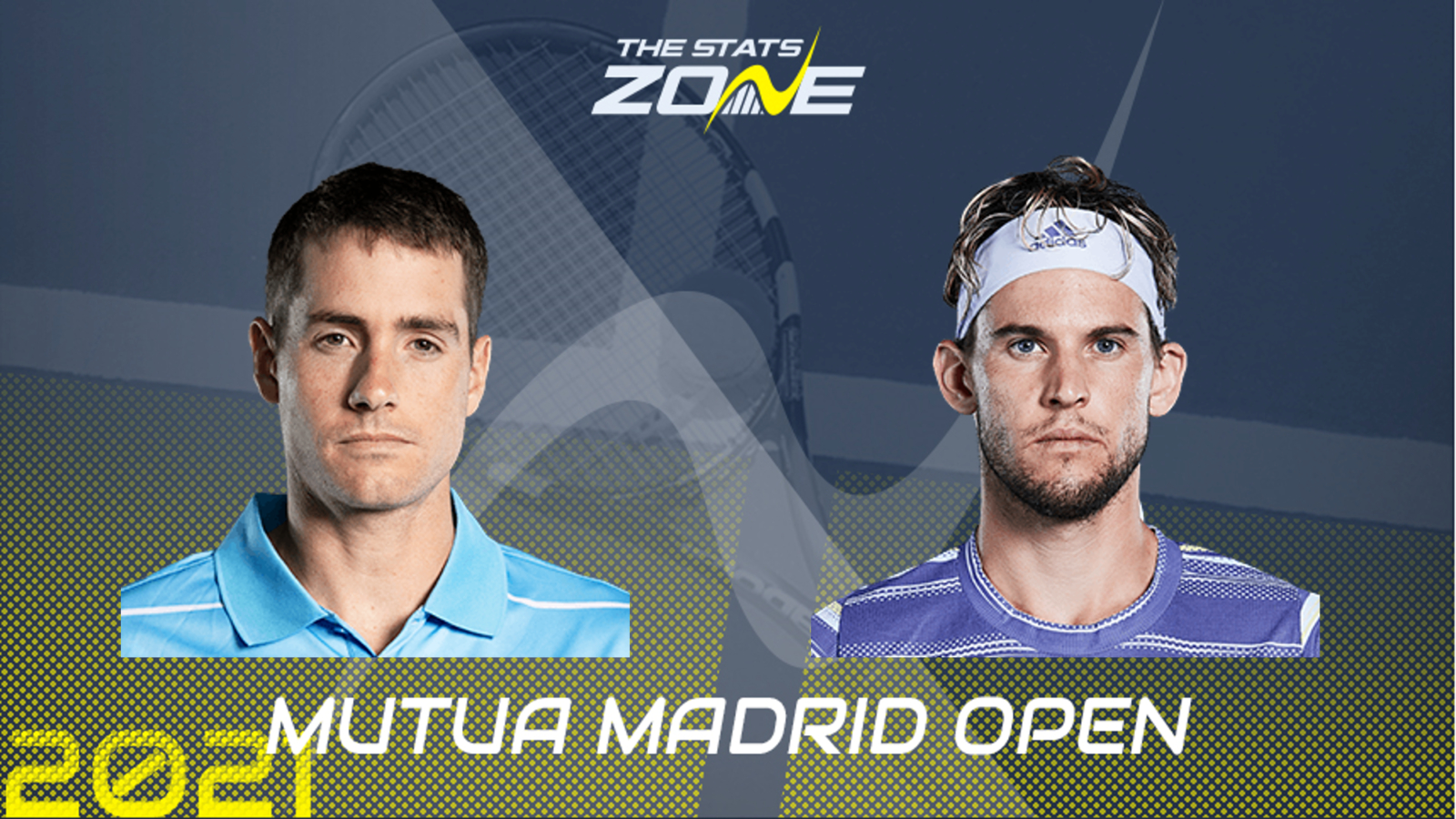 What surface is Dominic Thiem vs John Isner being played on? Clay (outdoor)

Where can I get tickets for Dominic Thiem vs John Isner? Click here for the latest ticket information

What channel is Dominic Thiem vs John Isner on? This match will not be televised live in the UK

World number four Dominic Thiem is through to the quarter-finals of an ATP tour event for only the second time this season after a tough straight-sets encounter with Alex de Minaur that was on a knife-edge from start to finish. The Austrian has 17 titles in total, with 10 of those coming on his favoured clay, but he has won just one Masters event at the 2019 Indian Wells and has lost two finals here in Madrid. Thiem will face 36-year-old John Isner for a fourth time after the American rolled back the years with a superb display against world number seven Andrey Rublev on Thursday afternoon. Isner’s success this week has come as a surprise given his usual reduced schedule on this surface and he has taken out back-to-back top 20 opponents now to suggest he is still totally capable at this level. Thiem leads their head-to-head record 2-1 but the pair have not met since 2017. Since then, the 27-year-old has become a more complete player and remains the current US Open champion but he is still finding his feet in Madrid after a break from the tour. There is a sense of an upset here after the American beat Rublev so take this match to see at least one tiebreak, Isner’s favourite meal, and leave the winner up to chance.