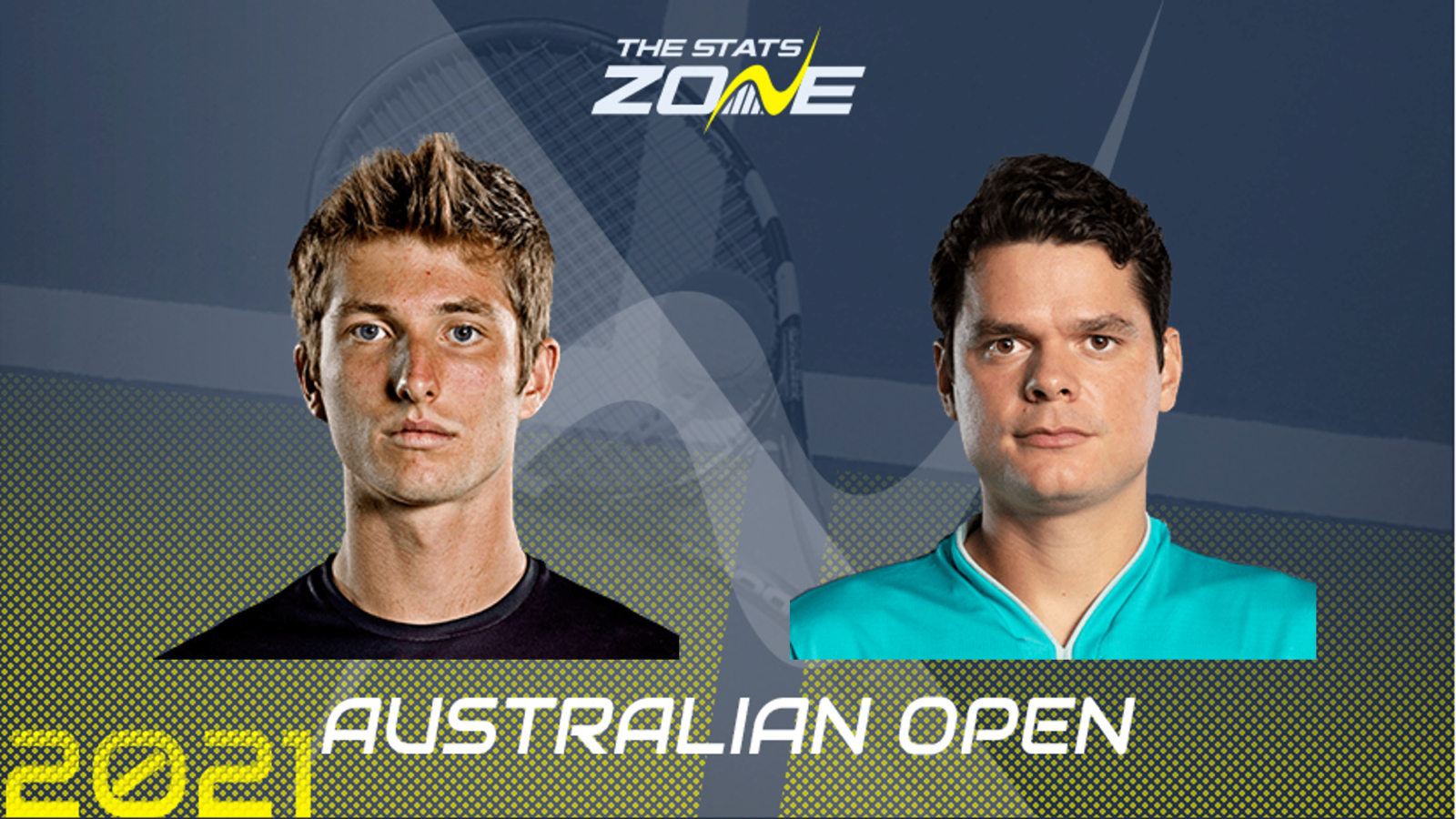 Where can I get tickets for Corentin Moutet vs Milos Raonic? Click here to reach the official 2021 Australian Open ticket selection

What channel is Corentin Moutet vs Milos Raonic on? The 2021 Australian Open will be televised on Eurosport so it is worth checking their schedule for this specific match

Where can I stream Corentin Moutet vs Milos Raonic in the UK? Sky customers can stream this match on the Sky Go app. Alternatively, the match can be streamed to subscribers of Eurosport Player, either on the official website or as an add-on to an Amazon Prime subscription

This is a particularly interesting match-up between left-handed trick-shot specialist Corentin Moutet and the imperious figure of Milos Raonic. Almost a foot’s difference in height between them should make for a clash of play-styles that makes this match a difficult one to call in total sets. There are likely to be a few tiebreaks along the way with Moutet probably struggling with Raonic’s power serve and the Canadian likely to get caught short by Moutet’s tricks. Therefore pick this match to contain at least one tiebreak in a win for Milos Raonic, who should be able to stay patient long enough to overpower the frustration Moutet can cause on court.