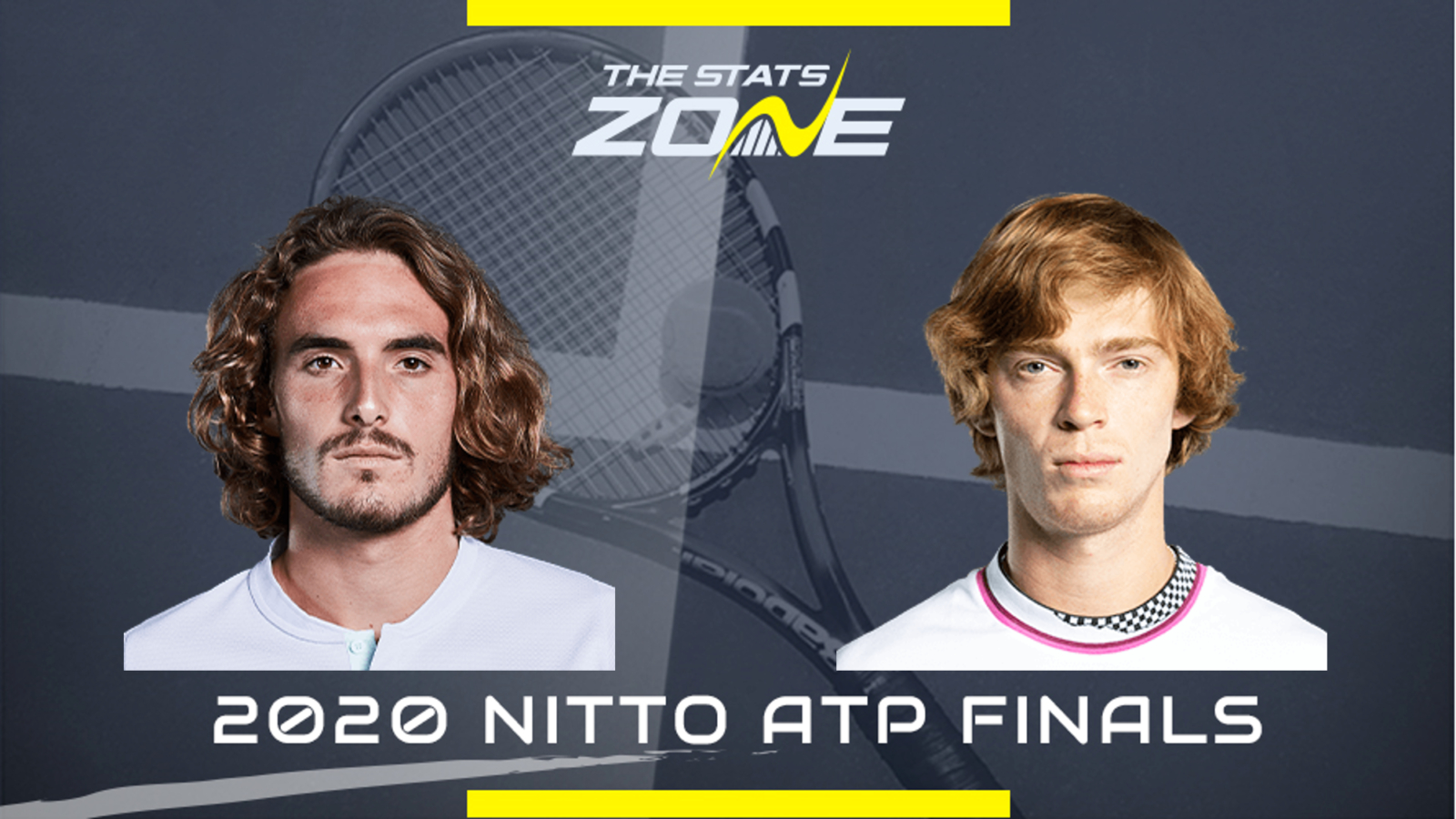 Where is Stefanos Tsitsipas vs Andrey Rublev taking place? The O2 Arena, London

What channel is Stefanos Tsitsipas vs Andrey Rublev on? This match will not be televised live in the UK

Where can I stream Stefanos Tsitsipas vs Andrey Rublev? Amazon Prime subscribers can stream the match via Amazon Prime Video

Where can I get tickets for Stefanos Tsitsipas vs Andrey Rublev? The Nitto ATP Finals will be played without spectators

This should be an excellent match in the second set of round robin fixtures between the reigning champion and the youngest debutant here. Their head-to-head record is finely poised on two wins apiece and the matches shared between Tsitsipas and Rublev have certainly been won on whomever is more mentally resilient on the day. At the Hamburg Open, it was Rublev who battled through a Greek fightback to claim the title in three sets but less than a month later Tsitsipas totally outthought and frustrated the Russian. Both youngsters have a touch of the petulant about them which could cause fireworks in this, essentially, knockout match what with both players losing their first round robin matches. Tsitsipas desperately needs to win this to have any chance of defending his title but Rublev will be determined to prove his loss to Nadal was more about his nerves than just the Spaniard’s star quality. A result is very hard to find here and so it could be more enjoyable just to watch this spectacle relatively secure in the knowledge that the pair have only shared one straight-sets encounter, at Roland-Garros back in October, and that was with Rublev out of kilter. Fully tuned-in, this match looks destined for a decider of which the winner is a mystery. The three-sets option should save a lot of undue stress here.